Starr and Serpico come together to rebuild one restaurant from the remains of three. 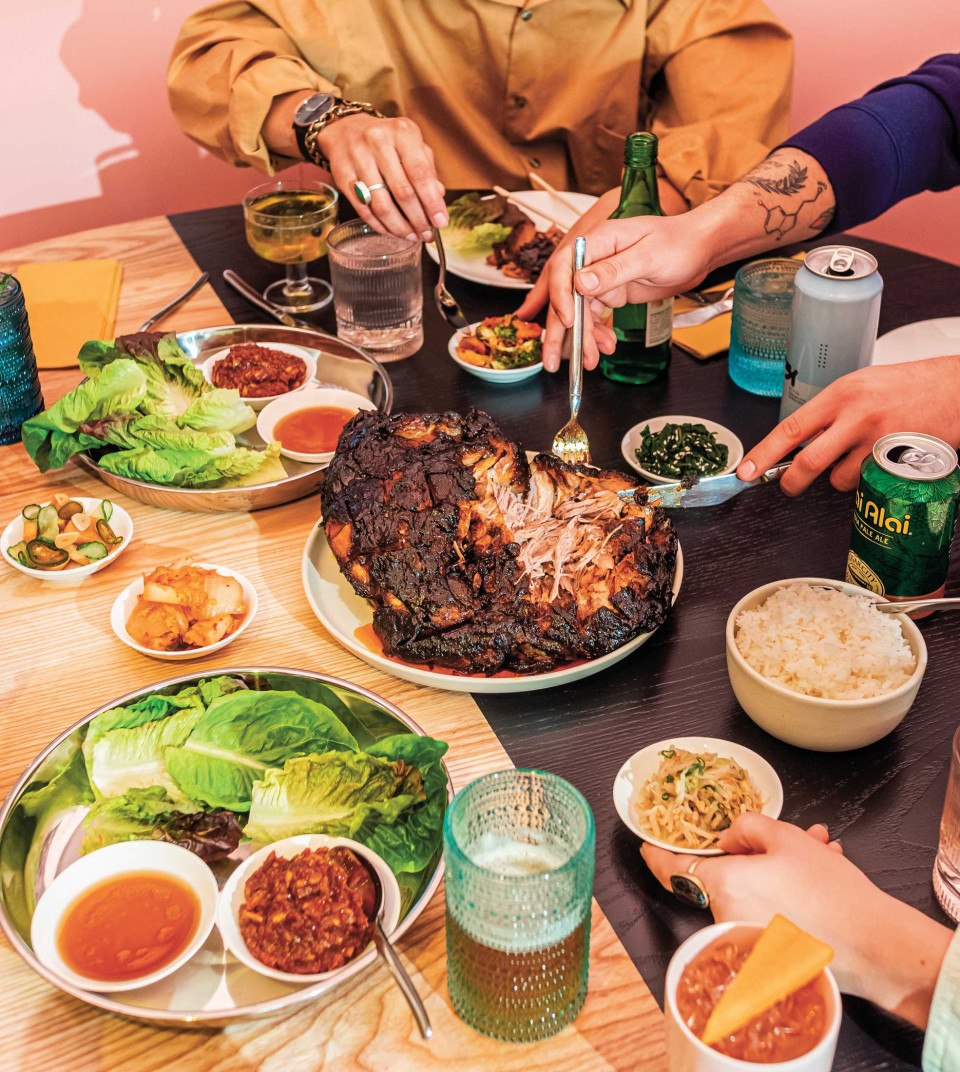 He had me with the mandu.

Six of them on a plate, seared, brown but not too brown, just a little crispy around the edges. Pork mandu with ginger and scallions, served on an aggressively plain metal dish with a little cup of chili-soy dipping sauce. That and a gin-and-tonic in a cut-glass tumbler, and I was in. He had me.

And by he, I mean Stephen Starr, of course. Kpod? That’s his new baby. The place was Pod without the K for 20 years — with all of its blobby design, automated conveyor-belt service, and pan-Asian cuisine. Pod was a sci-fi film set, two-dimensional and depthless but often delicious. Fun because it defied seriousness, banking on deliberate kitsch. In the early days, it was too cool to worry about cool.

But by he, I also mean Peter Serpico. Golden boy of South Street, 2013. Serpico came here from Momofuku in New York, partnered up with Starr, opened Serpico to huge acclaim. The place was bold and stylish and unabashedly modern. No one didn’t love it. For a while, anyway. 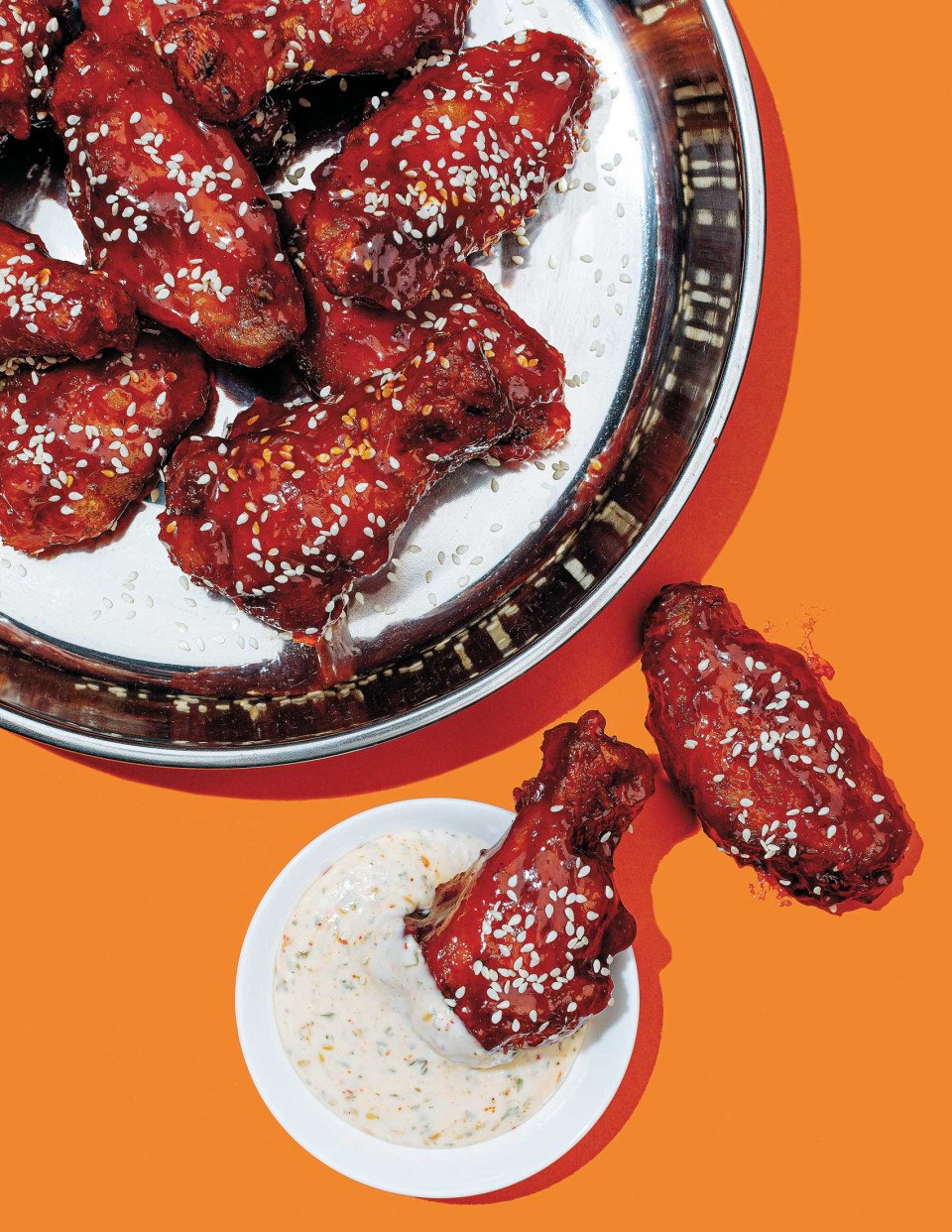 The pandemic closed both restaurants. Then Serpico (the chef) tried to pivot. He did delivery and takeout from his restaurant’s quiet kitchen and empty dining room, calling the concept “Pete’s Place” and serving a “kinda Korean” menu of casual stuff that was both a nod to his Korean American background and an acceptance of the reality of COVID dining. People wanted comfort, not lemon foam and meat glue. He offered the former.

Pete’s Place did okay. Pod stayed dark — at least, until a few months ago, when Starr and Serpico decided that maybe they’d try again. Kpod is what they came up with, a culinary Voltron, one restaurant rebuilt from the scattered pieces of the owners’ past: Pod with a new pastel color palette, Pete’s Place with table service, Serpico without so much shine.

Order This: Mandu and chicken wings if you’re eating light, ssam if you’re rolling with a big group

And when I walked into Kpod, everything about the place threw me. From the plywood-chic design elements to the submarine curves that looked like Pod’s bones with a new skin stretched over them, it all felt strange. Intellectually, I understood. This was Pod, remade. Pod redesigned to bang out 200 covers a night for a new UCity crowd that maybe wasn’t even born when Pod first opened. But sitting there was like saying hello to an old friend and having her casually mispronounce your name. For the first few moments of dinner, anyway.

If Pod was about looking to the past to glorify a plasticky fusion future that never quite arrived, Kpod is about tomorrow’s vibes sketched in pale wood, an orange and pink glow and K-wave flavors. Peter’s menu is approachable and lighthearted, about as far from the gloss and high-tone experimentalism of Serpico as you can imagine. The kitchen does honey-butter fries and crisp-skinned chili-glazed Korean chicken wings, plus shrimp cocktail with kimchi cocktail sauce. There are kimchi-butter shrimp ssam platters with a little spike of garlic, white rice, lettuce wraps, and a great ssamjang chili paste that brings a depth of flavor to the party that the kimchi butter alone lacks. Kpod’s menu is as ideal for couples tucked into the banquette as it is for big groups crowding the color-changing dining pods that survived the renovation. 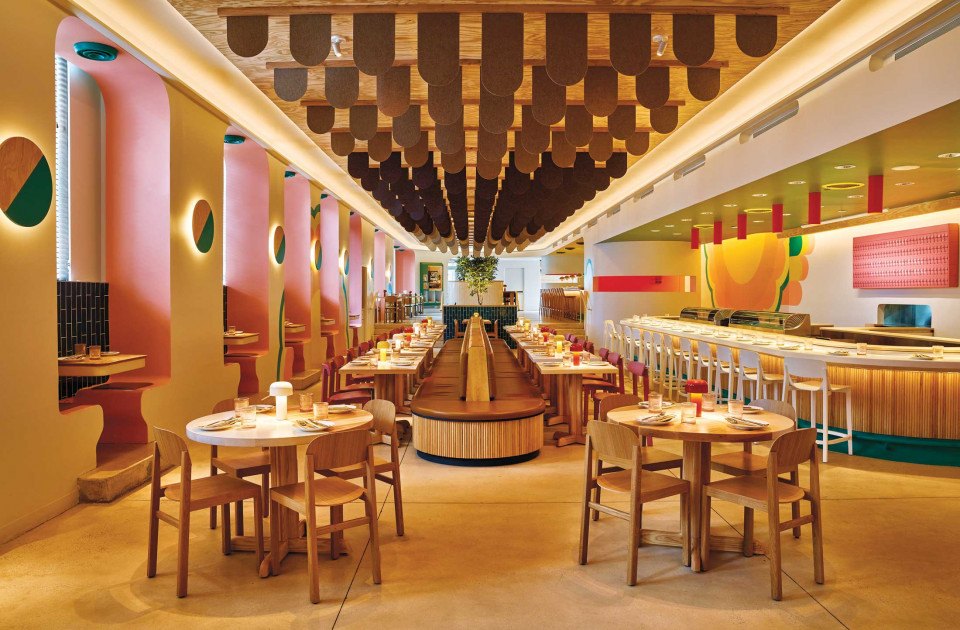 Those mandu I mentioned? They’re the entry point, the fried gateway drug that leads you deeper down the rabbit hole of this menu. If Kpod’s kitchen can hook you with those golden-brown and blistered skins, the minced pork or carrot-and-tofu filling, then the restaurant can thrill you with sesame ranch dressing dip served alongside fried chicken with a shattering crust and powdered instant ramyun-spiced sting.

Kpod’s Korean hand rolls are gorgeous, presented in wooden boxes, hugged by toasted nori wrappers, stuffed with rice and then topped with artful presentations of fatty tuna belly and caviar or fried shrimp doodled with spicy mayo. They’re gone in two bites, but memorable. They’re style deconstructed, presented with a plainness and lack of pretense that begin to define the entire experience: the simple white bowls of banchan, the charred scallion flavor of the fat seafood pancake, cut in slices, thick with chopped shrimp and lump crab. The ssam platters are made for sharing and picking over until your fingers are sticky with Asian pear and soy marinade from short rib pulled off the bone. 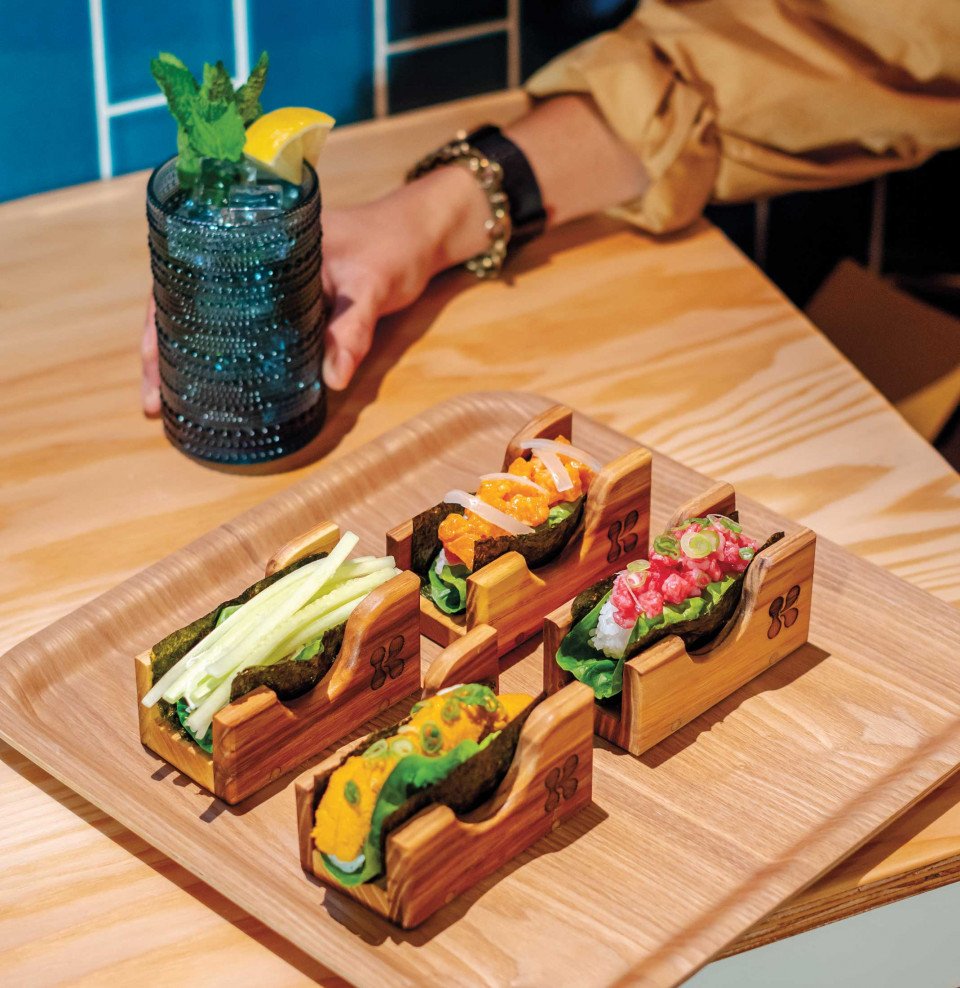 Ultimately, Kpod works because of its food. You’ll fade into the new space and float through the stuttered rhythm of plates arriving at your table. Kpod works because together, Serpico and Starr found a middle ground between comfort and luxury, between what worked 20 years ago and what people want now. It’s a precarious balance. Because what Kpod is reaching for isn’t necessarily the moment that we’re in. It’s the moment that’s coming next.

Published as “The Moment That Comes Next” in the June 2022 issue of Philadelphia magazine.