Juana Tamale Is Everything Jennifer Zavala Promised, and More

The chef famous for her tamale pop-ups has finally found a permanent home. And right now, it’s the coolest house on the block. 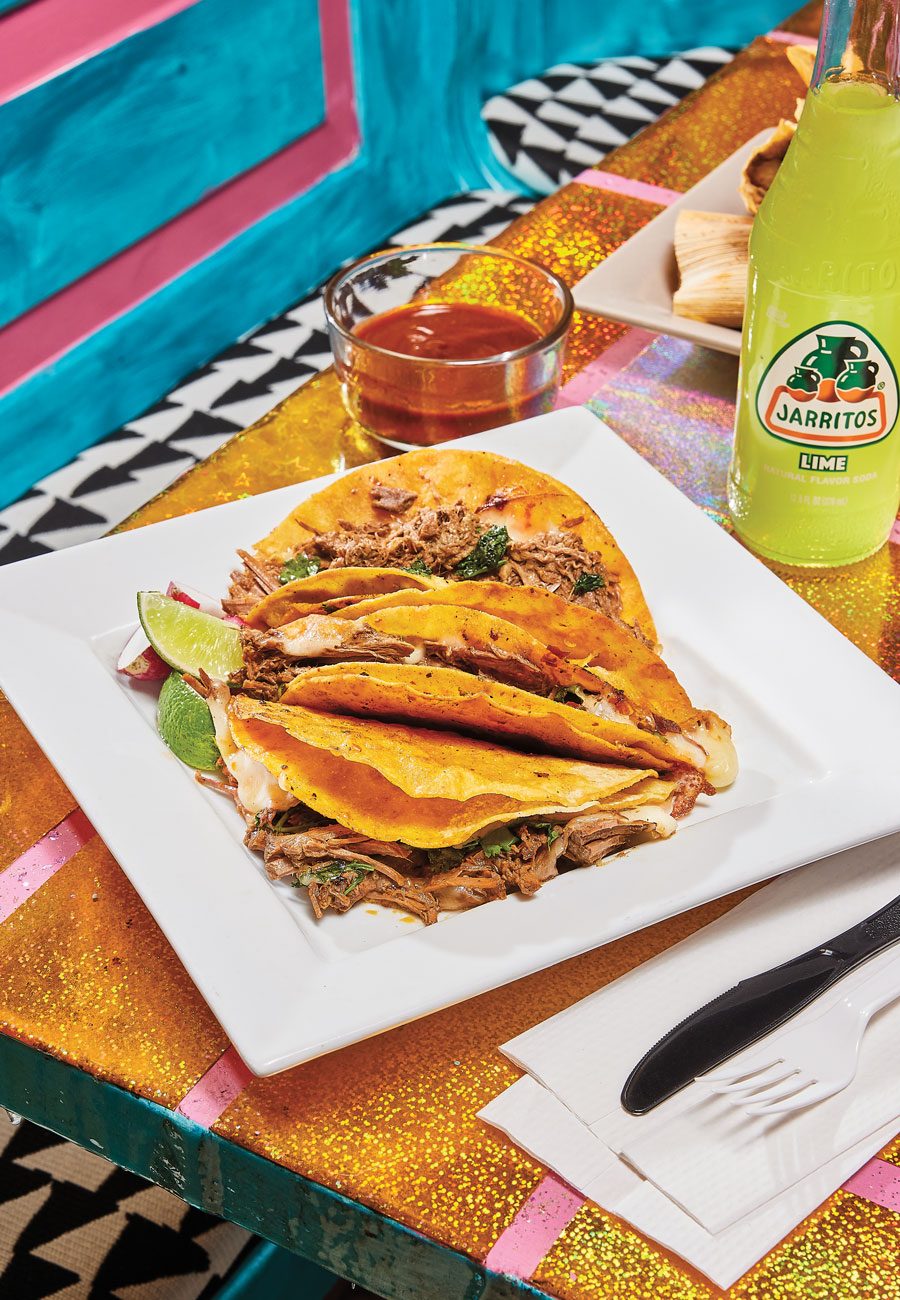 Tamales — that’s the draw here. Tamales are what chef Jennifer Zavala has made her reputation on — at pop-ups, on the streets, out of a van. Thick tamales with a tender masa dough that holds onto the lines of the corn husks they’re steamed in. Tamales stuffed with shredded marinated beef, onions and chilies,­ with refritos and whole hominy, cubes of soft yam flesh and bitter stewed kale. 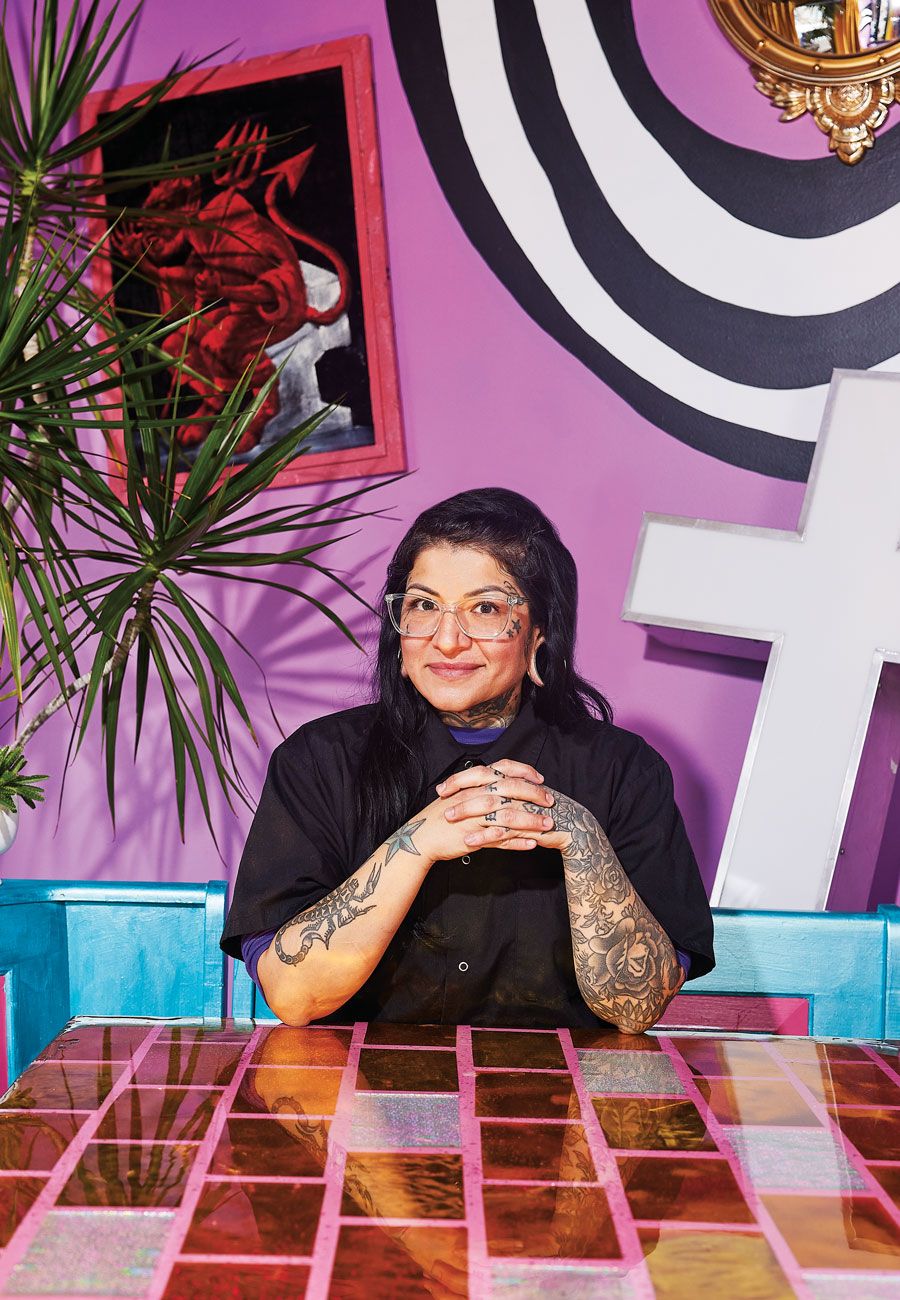 There are some tables. Some people eat on the spot — cracking­ open to-gos and tearing into tacos and tamales like they just can’t wait — but most of the business is takeout. And every time the staffers hand off bags to another customer, they smile. You have to look for it, the crinkling of the eyes above the mask, the twitch of the ears, but it’s there. Every order out the door is a victory. A small win in the fight against the tide, happening every time Zavala opens the doors and flips on the lights at her very first legit, legal, actual restaurant.

For years, she did this on the fly, out of a graffitied van. No permits, no paperwork. She just woke up and did crimes. She had a pop-up called Juana Tamale at Underground Arts on Callowhill that would draw epic lines. She started doing tacos and ramen. Churros (both vegan and not-so). Always the tamales, because they’re the perfect street food. They’re made in their own container. You can eat ’em walking.

But she wanted a place of her own. Something in South Philly, preferably. A permanent address, with a kitchen that wouldn’t roll away if she forgot to set the parking brake. And Juana Tamale (the restaurant) is that place. Really, it’s the same operation she’s always been running — the same turn-and-burn mentality, same piratical vibe. The same nonstop flow of customers and line that never seems to get any shorter. 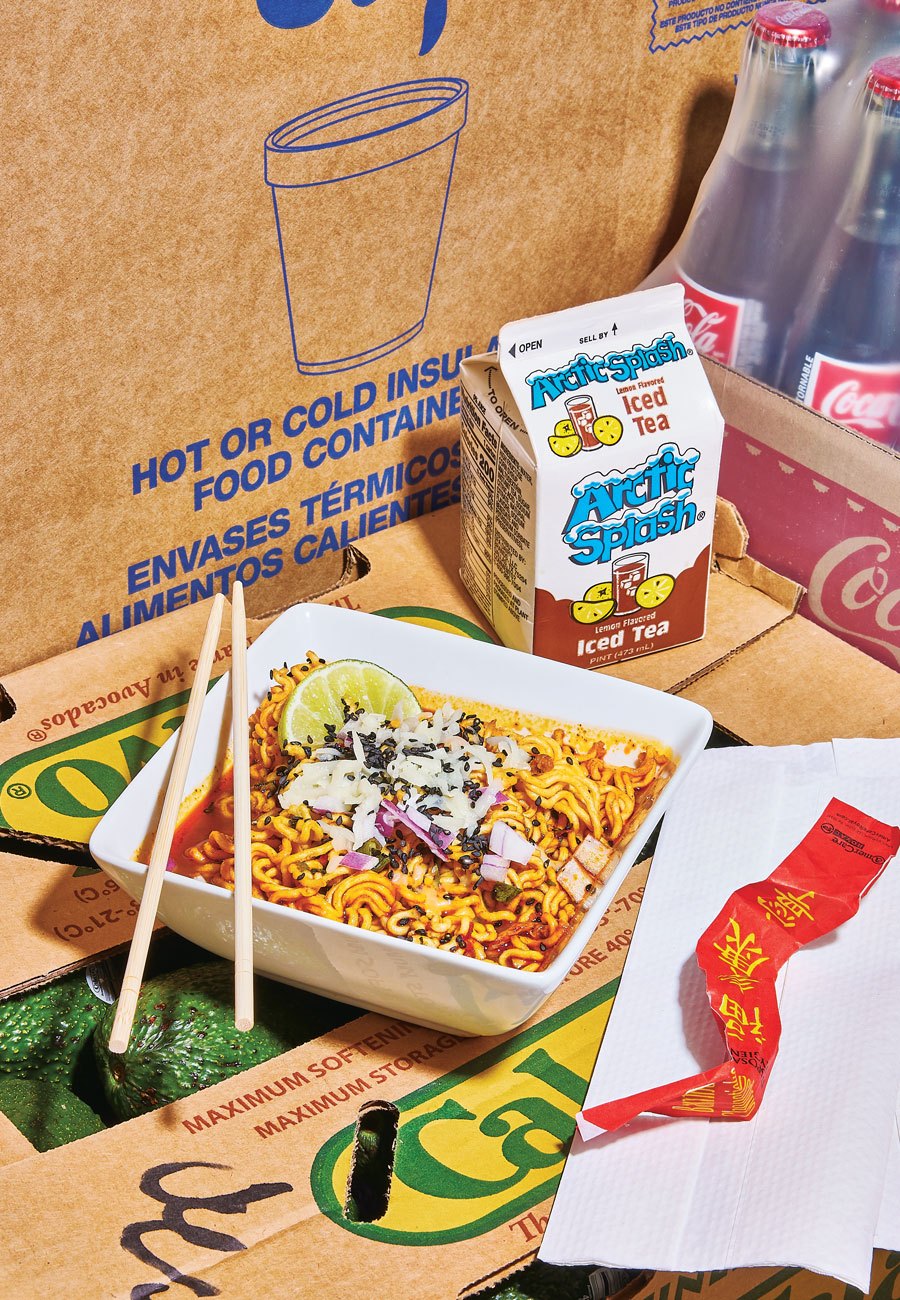 Sometimes, you judge a restaurant on what it is. Sometimes, you have to weigh that against what it wants to be. The best of them — the absolute killers, the ones that get into your blood and live there — are the ones where you can talk about both things at the same time. That are exactly what they want to be every single day.

Order This: Everything. There are no wrong choices. And yes, the birria tacos are worth the price tag.

Juana Tamale is like that. Stepping through the doors is like walking into a punk-rock Pee-wee’s Playhouse — all bold colors, crooked picture frames, acid-trip curves and curated clutter. It’s SoCal psychobilly in a Von Dutch bowling shirt, loud in every way there is to be loud. And there’s nothing about any of it that feels false. Juana Tamale lives in its weird. The staff is aggressively friendly. They holler out your name when your order comes up and always make sure you got what you came for. The place is small enough for a dozen people to feel like a crowd, but loved enough (and talked about enough, and shilled for enough by everyone that’s ever had a transformative taco experience at Jen Zavala’s hands) that there’s never just a dozen people there. Or almost never. I’ve seen crowds there like she was giving away free beer and loosies. I’ve seen the place sell out of everything in hours. This one time, a guy at the counter bought churros for everyone in the joint, and the next day, Zavala served a one-time-only torta special inspired by him. She called it “The Gift.” 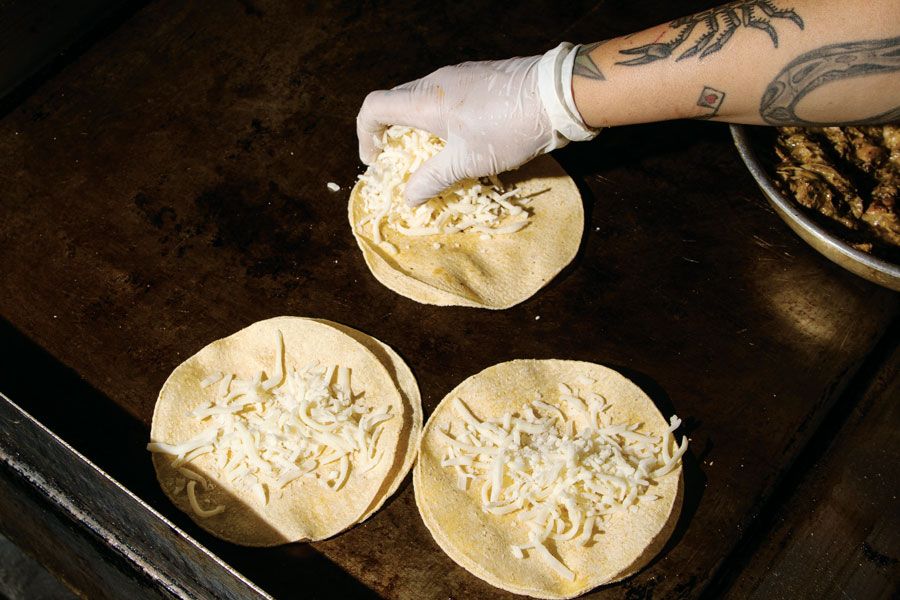 Making tacos on the griddle. / Photograph by Michael Persico

The crowds roll in (like me) for birria tacos so juicy, they should come with a bib — gooey with cheese, crisped on the flattop, served with a cup of consommé that I’ve drained like a shot when the tacos were all gone. The tamale offerings change regularly. The ramen is an Instagram darling. It comes with noodles swimming in a spicy brick-red birria broth and a taco for dipping. It’s gimmicky, sure. But also strangely authentic — to here, to now, to this place and this crew and this moment, even if to no other particular cuisine or any geography beyond South Philly. And the churros are just delicious, even when someone else isn’t picking up the tab.

Is it pricey? Yeah, it is. But there’s something defiant in that, too. Zavala is trying to provide a living wage for her employees. They’re making some of the best birria and tamales in town, so they’re charging what the market will bear. Those lines? That means she calculated right. The Juana’s team is getting paid for what they’re good at (plus an automatic 20 percent tip), and if that bothers you, cool. Go somewhere else.

That just means one less person in line ahead of me when I go back.

Published as “Root Down” in the February 2022 issue of Philadelphia magazine.