A Philly Dinner Event Where People Cook Your Food With Flamethrowers

Plus, an exciting new taco stand at Spruce Street Harbor Park and dinner service begins at Fitz and Starts. 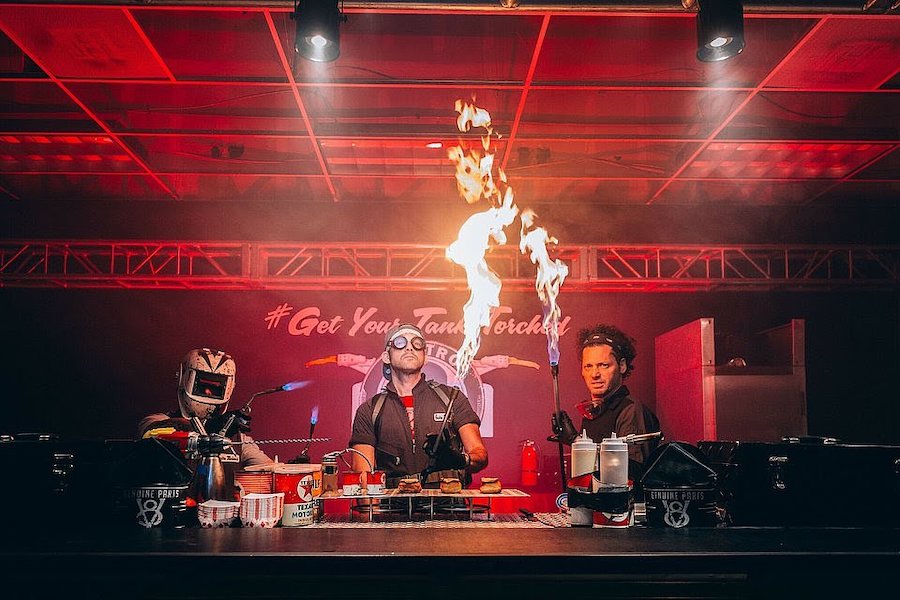 A flamethrowers dinner is coming to Philly. Photo provided

Hey, everybody. Welcome back to the Monday Round Up. I was planning on starting things off this week by talking about this year’s Best of Philly issue, but I got distracted. By what, you may ask?

So there’s this event coming to Philly in a couple months. It’s called “Flame” and involves, among other things, all dishes being cooked with flamethrowers.

A long time ago, the crew here at Foobooz World HQ used to host cooking events. We did all sorts of wild things — secret ingredients, all-candy menus, surprise pop-quizzes, making the chefs cook with knives and tongs taped to their hands. We violated just about every rule of decorum and decency and every clause of our venue’s insurance policy I could think of, but for some reason, it never occurred to me to make the chefs cook with flamethrowers.

Frankly, I now consider this one of the big failings of my career.

But that’s fine because, apparently, someone new has come along to pick up the torch (so to speak). The event (being run through Hidden, which is a “discovery platform” organizing events across 30 cities) is “a culinary adventure where you watch your food grilled to perfection by spellbinding blow torch flames.”

Flame is happening on November 18th. The location is secret. It’s two flamethrowered courses plus a cocktail for $85. Tickets are limited and they’re on sale now. Sound like your kind of thing? Check out the details right here. 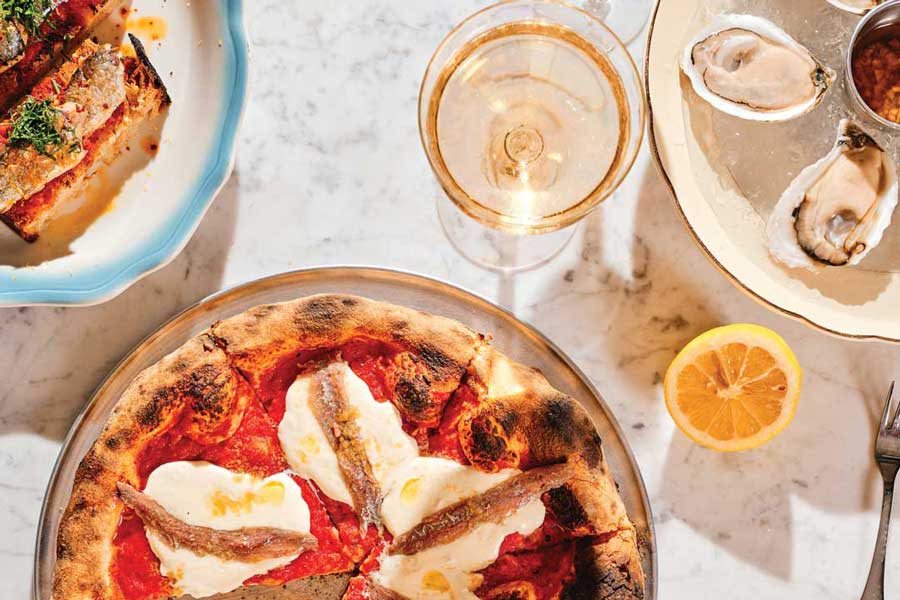 Pizza and wine at Sally | Photo by Ted Nghiem

Now Some Stuff About Best of Philly 2021

In case you missed my sly tease there at the top, our Best of Philly issue was released last week, and it’s a doozy. There’s stuff in there about dog trainers and car detailers, plant shops and antique showrooms. If you want to know where to go for a couple’s spa night, a goat-walking service, or personal skateboarding lessons, the thing is a goldmine.

Me? I don’t care about any of that. But what I do care about is the food section — 60 awards for 60 deserving restaurant industry recipients who just made it through the roughest year of their lives and are currently staring down another one that’s not looking too good. These are places that survived, innovated and, in some cases, thrived during the pandemic, and are still out there on the street trying to keep people fed.

And what’s even cooler is that so many of the places on the list are brand new. Or at least new to the 99 percent of the population who didn’t stay up-to-the-minute focused on everything happening in the industry during the days when it looked like Philly might not have a restaurant industry left by 2021. Seriously, do you know where to get the best arepas right now? Or who’s offering the best virtual baking class and milk buns? Or where to find the best biscuits in a town not exactly known for its biscuits? Check out the Food & Drink section of this year’s Best Of Philly awards and you will.

(But just between us, it’s Autana, the Bake School, Huda, and Tall Poppy.)

Fitz and Starts was Pat O’Malley’s bid to start over in Queen Village after the ignominious departure of his former Hungry Pigeon partner, Scott Schroeder. In the middle of a global pandemic, a restaurant industry melt-down, and a reckoning over what it means for a restaurant to take care of its staff, he decided to re-brand and re-open as Fitz and Starts.

Under O’Malley, Fitz and Starts operated throughout the pandemic as a café, bakery (O’Malley’s specialty) and bottle shop. What’s more, O’Malley had this crazy idea that he could run a restaurant that would do some good in the community — sourcing product from small, neighborhood suppliers to help keep them in business, constructing his menus around what was available from local farmers, and paying a $15 minimum wage to his employees by tacking a 20 percent charge on all orders so that his cooks and servers could pay their bills.

It worked, too. Fitz and Starts not only made it through the pandemic, but it’s doing really well. So I’m thrilled to be able to let y’all know that while the restaurant is still doing everything it’s been doing (baking stuff, selling booze, running some killer brunches), O’Malley added dinner to the mix late last week.

And the menus look fantastic. We’re talking fromage blanc toasts with cheese from Perrystead Dairy (who won one of those Best Of Philly awards I was going on about above…), radiatori from Little Noodle Co. with English peas, mint and ricotta salata, golden tilefish with tomato and saffron, and black forest sundaes for dessert. I mean, come on, right? I’m down for the toasts alone.

Fitz is taking reservations for dinner with limited walk-in availability. The new service is running 5 p.m. to 10 p.m., Thursday, Friday and Saturday.

And Finally, Some Taco News

To wrap things up this week (see what I did there?), we’ve got this: News that looks like bad news, but is actually good news.

You guys know Philly Tacos, right? We’ve written about the shop at 2011 Reed Street before. Matter of fact, we listed them among our favorite tacos in the city. Well, guess what?

The Point Breeze taqueria is closed.

But wait. The closure is only temporary because Juan Carlos Romero and Lluli Pilar (ex of Los Taquitos de Puebla, which has also won a few Best of Philly awards) have shifted operations to the Spruce Street Harbor Park for the summer.

Last week, they lit things up at 301 South Christopher Columbus Boulevard, in a little blue-and-yellow stand by the water. They’re doing the birria tacos that they’re known for, along with five different kinds of quesadilla, elote, tacos al pastor, vegetable tacos, churros and more.

So check ‘em out if you’re in the neighborhood, okay? And if you’re already feeling the lack of tacos on Reed Street, don’t worry too much. According to Romero and Pilar, they’re going back to the old address once things at the Park have wound down for the summer (probably around October).