Philly Restaurants That Are Miraculously Opening in a Pandemic 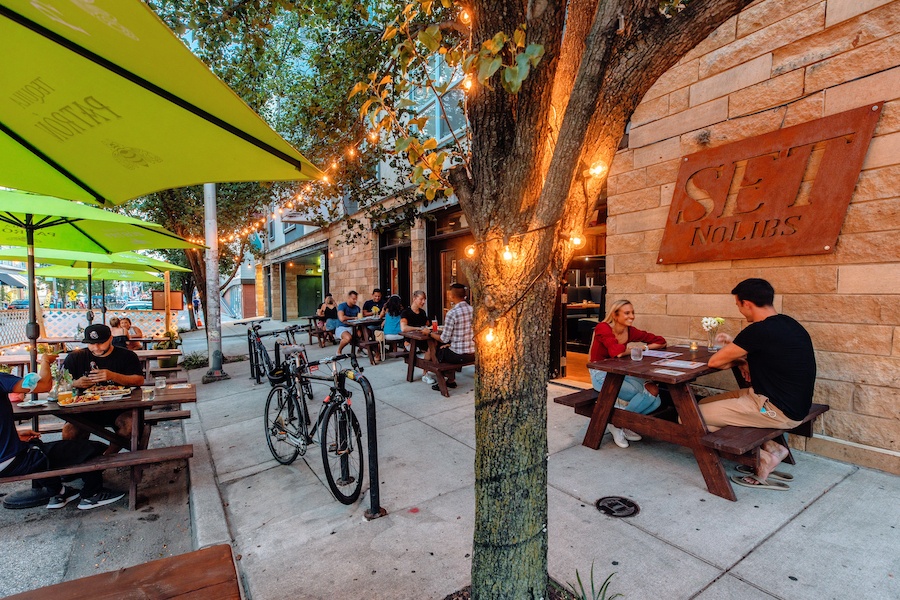 With all the bad news coming out of the restaurant world right now, it’s hard to even believe the good news. The fact that restaurants are opening right now seems impossible.

These aren’t just pop-ups, either. They’re full-on dining rooms and bars with fancy lighting and chef-y menus opening their doors in the middle of a pandemic that’s making doing restaurant business in this town borderline unfeasible.

Here, some new and noteworthy ones to keep an eye on.

Tyler Akin’s 118-seat revamp of Wilmington’s historic Green Room is easily one of the most ambitious openings of the year. Now a French brasserie, Akin is flexing his French culinary chops with Parisian gnocchi, trout amandine, and a whole veal shoulder for the table. 42 West 11th Street, Wilmington

Texas-style brisket is the house specialty, but there’s also Matt Lang’s Beefheart of the Rodeo sandwich, a thriller stuffed with both brisket and pulled pork, seasoned with fish sauce and lime, with BBQ sauce and pickles. Like, Jesus Christ. 2111 East York Street, Kensington

We’ve seen maitake mushrooms (or as we’ve come to know them on Philly restaurant menus: hen of the woods mushrooms) baked in wood fire ovens and butter roasted in hot pans. But we’ve yet to see it breaded, deep fried and given the fancy burger treatment it so rightly deserves. Which, by itself, makes Huda, a soon-to-open sandwich shop by Yehuda Sichel (who launched and ran the show at Abe Fisher), one of the most exciting openings of the year. 32 South 18th Street, Rittenhouse

Philly’s first restaurant born on Netflix’s Queer Eye, Alma del Mar is a Mexican seafood BYO by Marcos Tlacopilco smack in the middle of the 9th Street market — and one of the few restaurants on that street with its very own outdoor patio. 1007 South Ninth Street, Bella Vista

After a semi successful run in Point Breeze, Burg’s Hideaway Lounge is giving way to Community, a casual neighborhooder by the 33rd Street Hospitality crew (also behind Revolution Tacos in Rittenhouse) doing all the neighborhood-y things, according to the Inquirer, like prepared foods and pantry items, an easy bar menu filled with sandwiches. 1200 South 21st St, Point Breeze