Le Cavalier at the Green Room opens next month in Wilmington’s Hotel Du Pont. Here’s what it looks like, and here’s what’s on the menu. 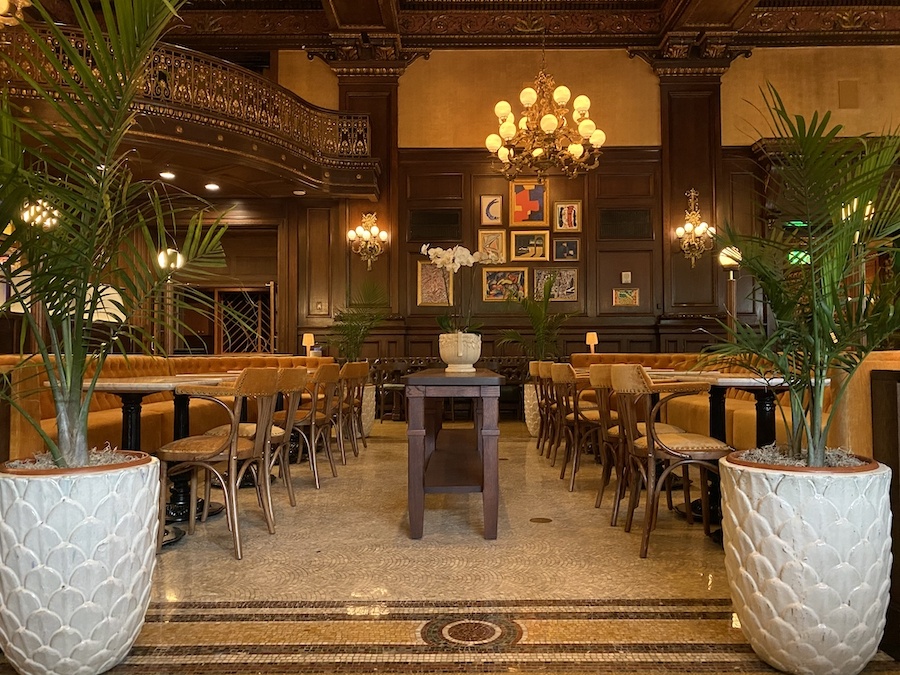 “There was a time, in the heyday of the Green Room, when people came all the way from the Main Line and Philadelphia to eat in this dining room,” says Tyler Akin, the Philly chef bringing a 100-year-old restaurant back to life. “I’m not blowing smoke to overplay the weight of this restaurant. The Green Room was regionally, historically significant.”

The Green Room is, was, the restaurant at the century-old Hotel Du Pont in Wilmington, Delaware. It’s big and wooden and lavish with tall ornate plaster ceilings and grandiose chandeliers that once held wax candles — then, fake electric ones, and now, after a big design reno by Philly-based Stokes Architecture + Design, globular lamps. Stokes kept the ceilings and wall sconces, but the oak-framed stained glass window screens, the bar, the custom lamp posts, and the velvet and leather banquettes are all new. New because this dining room isn’t just the Green Room anymore. It’s Le Cavalier at the Green Room now, a 118-seat French brasserie by Akin and its proprietors, the Buccini/Pollin Group. 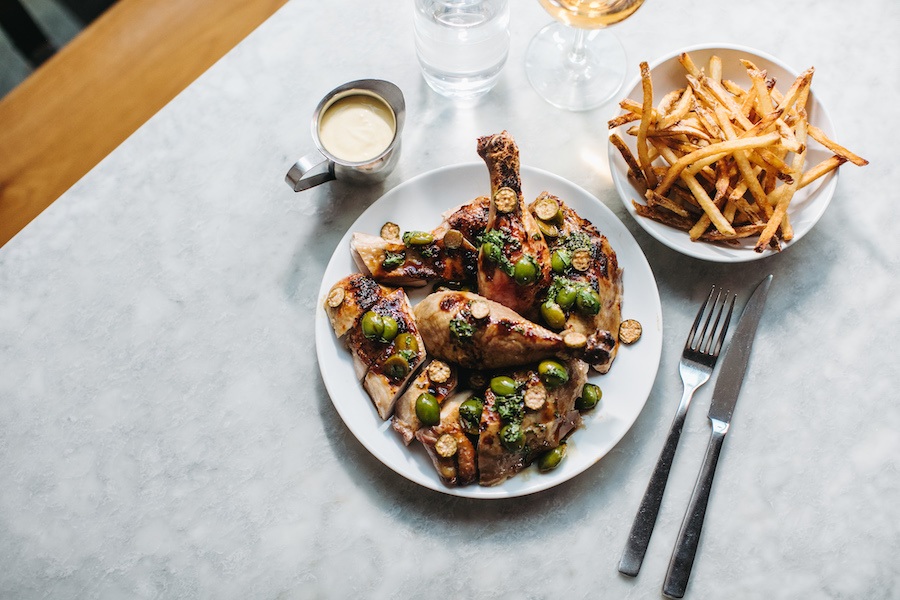 According to a rep of the restaurant, the name comes from “the deep equestrian tradition in the Brandywine River Valley and pays homage to the early 20th century when the Hotel opened.” And the concept, a neo-French brasserie with a particular focus on flavors of Provence and regions of North Africa and the Middle East, is just something Akin’s been interested in since he left culinary school. “When I was in culinary school in D.C., my instructors were all Frenchmen and embassy chefs,” says Akin. “When they found out I was from Delaware, like clockwork, they’d talk to me about the Green Room.”

Because the Green Room wasn’t just some hotel restaurant in Delaware. “There was an awareness about it,” he says. “Not just because you had to wear a blazer to eat there, or because you celebrated grandma’s birthday there, but in the mid/early 20th century, the DuPont company viewed it as a venue to conduct big business. But when big business became less relationship-based, when board executives started flying out to New York and D.C. for meetings instead of hosting them here, commercially, it had less of a reputation, less value to the company. They ceased to reinvest in the interior, the staff, the ingredients the kitchen used.” 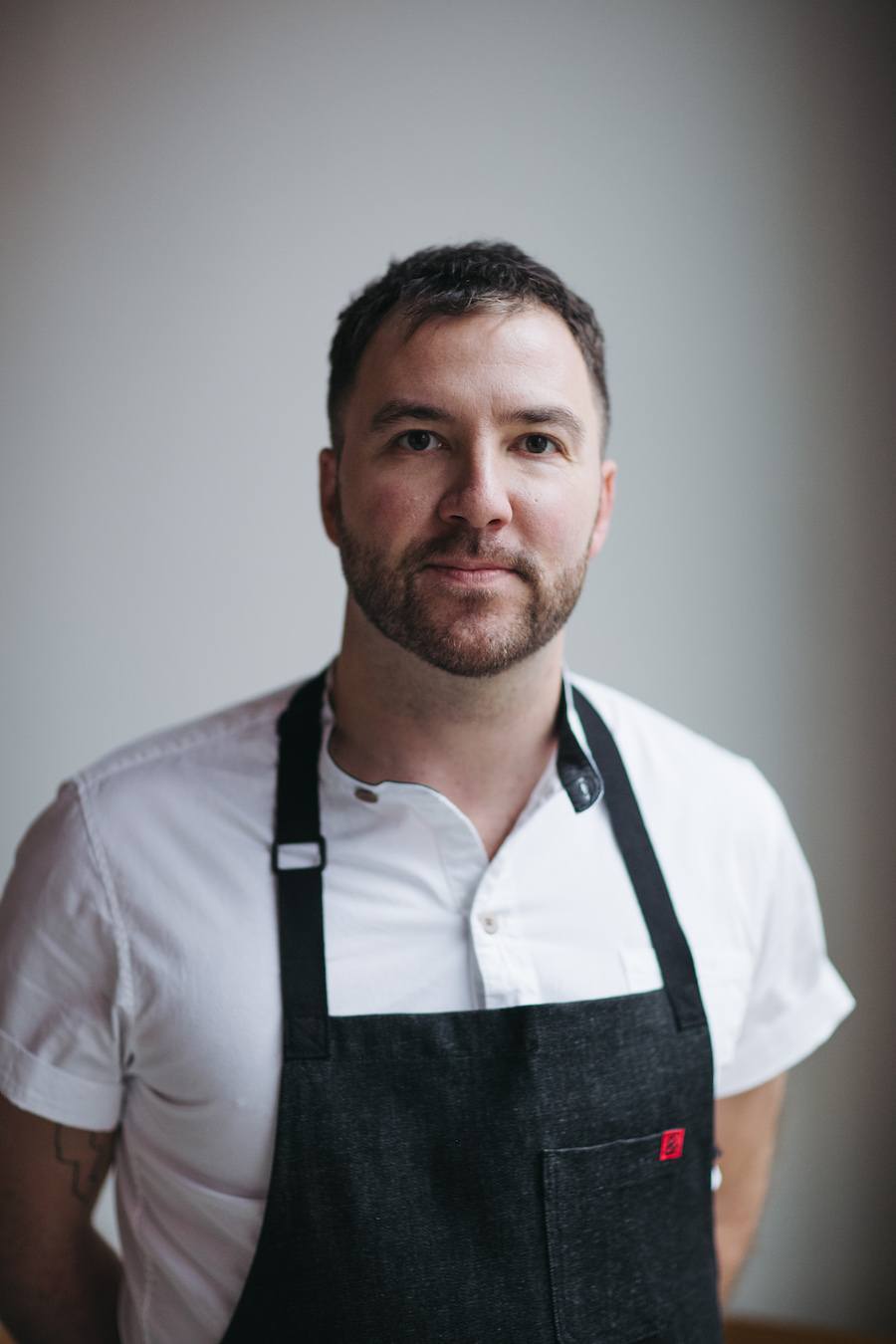 The kitchen at the Green Room went through all sorts of changes over the years, Akin says. Before landing on the brasserie concept, he poured over old menus trying to find a through line that he could use as inspiration. “There wasn’t ever a static concept,” he says. “The menu in 1913 was completely different from the one 1950, when it leaned more regional/mid-Atlantic. In the ‘80s, they had a strong pipeline of Swiss management and culinary talent, so it took on a more formal French identity. They also had a culinary exchange program with Kyoto. There was sushi at the Du Pont Hotel in the early ‘80s. There are people here who bristle at the fact that the restaurant is changing, but they forget how much it changed over the years.”

But what makes Le Cavalier such a captivating restaurant opening, though, is three-fold: It’s a homecoming for Akin, who (besides being  born in Wilmington and raised just outside the city) honed his culinary chops in D.C. and then Philly, where he rose up the ranks at Zahav before opening Stock, a Southeast Asian BYOB in Fishtown, then Res Ipsa Cafe with Mark Corpus and Mark Capriotti, and then a fast-casual version of Stock in Rittenhouse. He says he feels an intense amount of responsibility to make the restaurant a success. “This place was formative for so many people, myself included,” he says. “Everything happened here: special occasions, milestones. You cannot overstate how many people have gotten engaged in that room, spent their anniversaries in that room. The expectations are really high. I feel a lot of pressure, but I’m confident. The community is watching and hoping for a good outcome, because whether or not their positive memories of the Green Room were justified, its mystique is absolutely infallible.”

Plus, this is one of the first big, fancy restaurant openings by a well-known Philly chef we’ve seen happen in the coronavirus era. And it’s in Wilmington, a city that’s only recently found some foodie magnetism (with much of its future restaurant development put on pause because of the pandemic). It’s in Wilmington, which, historically, despite its close proximity to Philly, hasn’t been much of a dining destination for Philadelphians.

But it is in Wilmington, where indoor dining is already a full-go. When it opens on September 1st, they’ll be seating people inside (at a limited capacity, spaced out in accordance with the CDC recommendations as well as state and local guidelines). Philly won’t get indoor dining till September 8th — meaning, Akin’s got a week to grab this city’s attention. If the chandeliers haven’t already.

Scroll through for a tour of the space. The opening menu’s all the way down at the bottom. Make your reservations here. 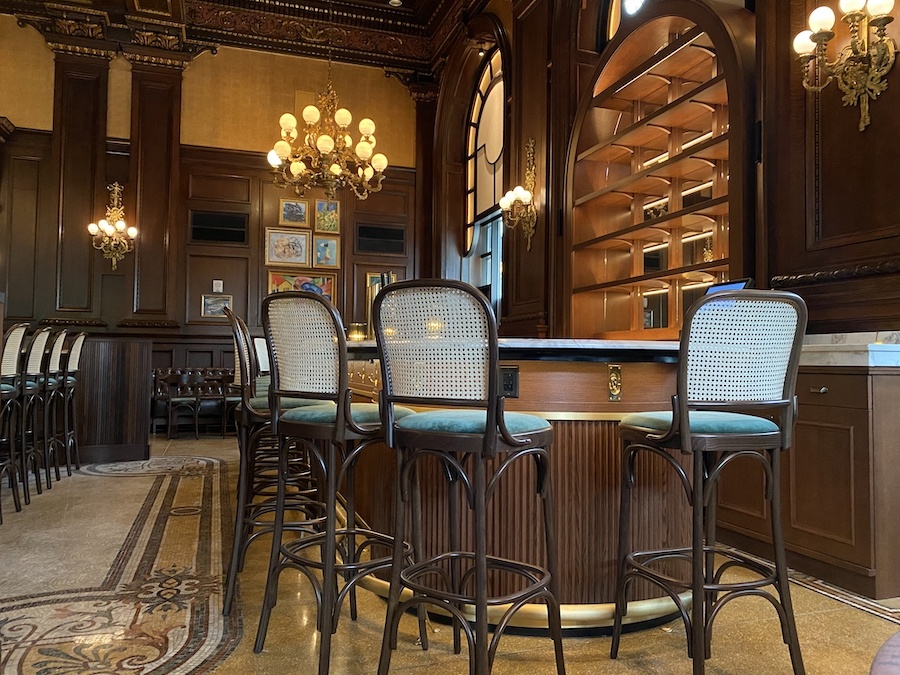 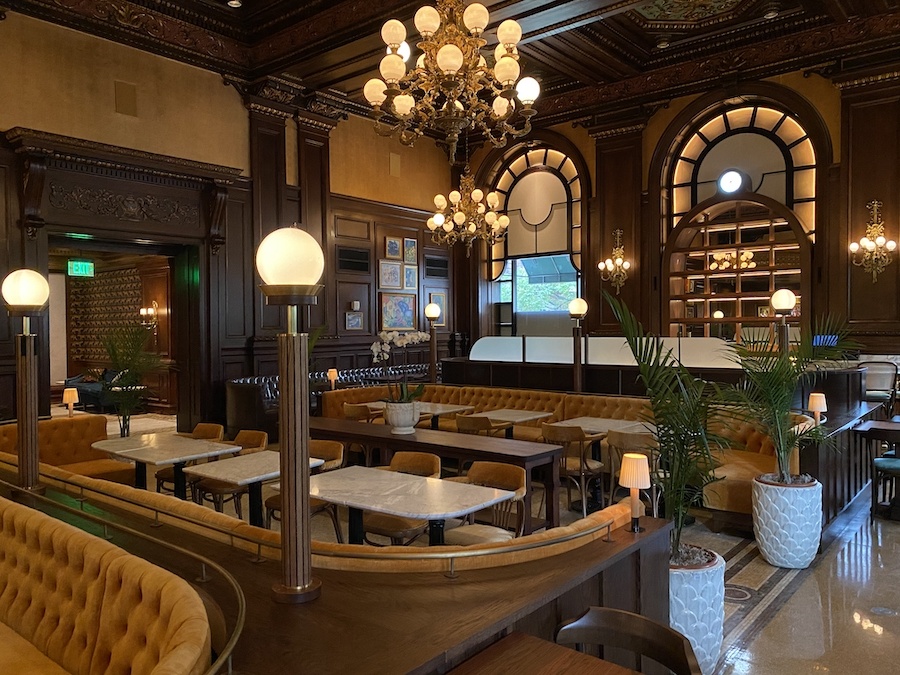 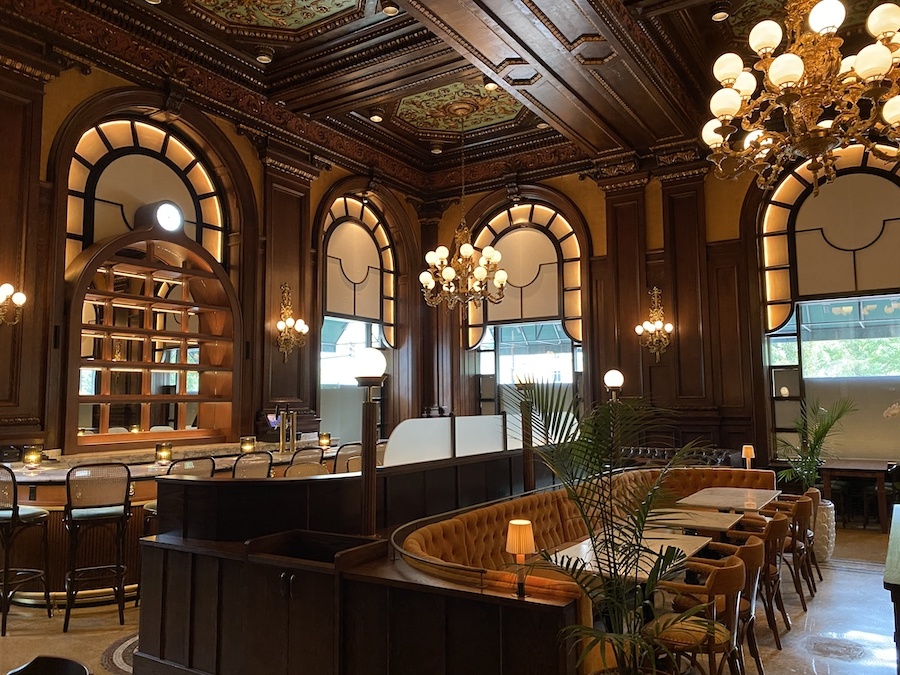 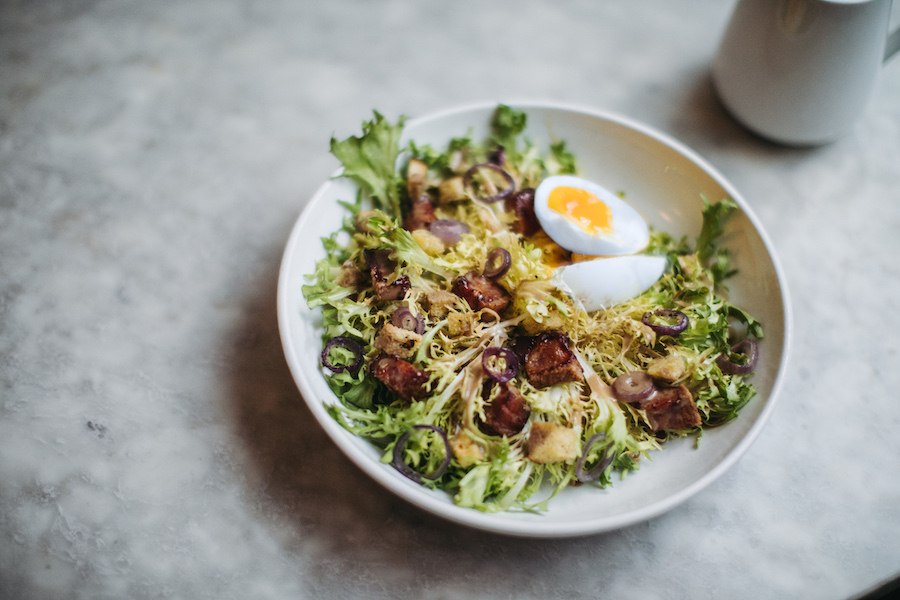 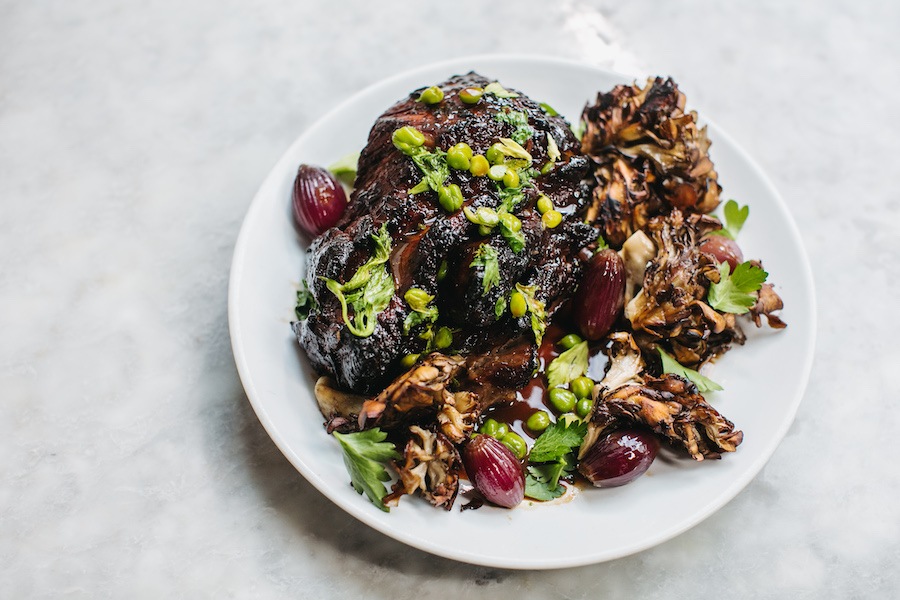 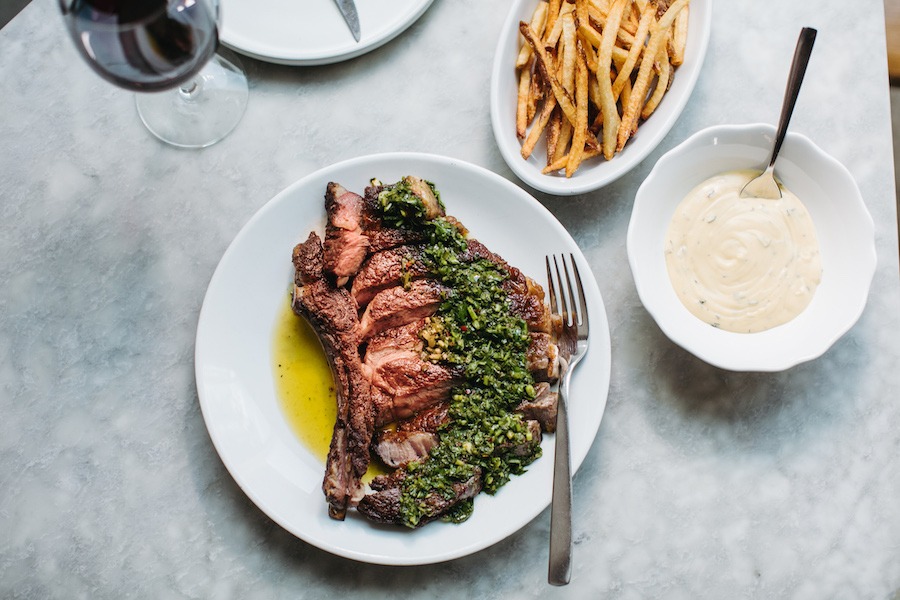 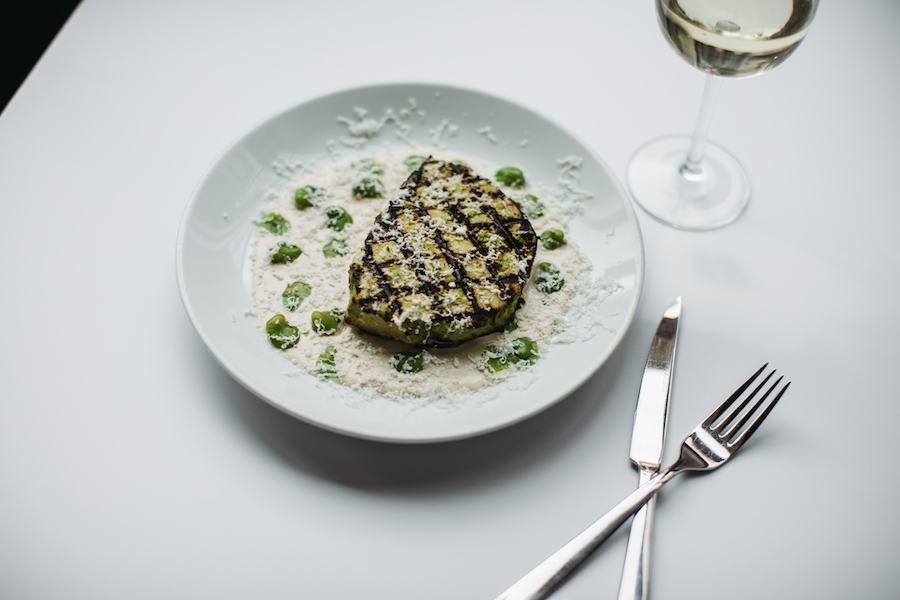 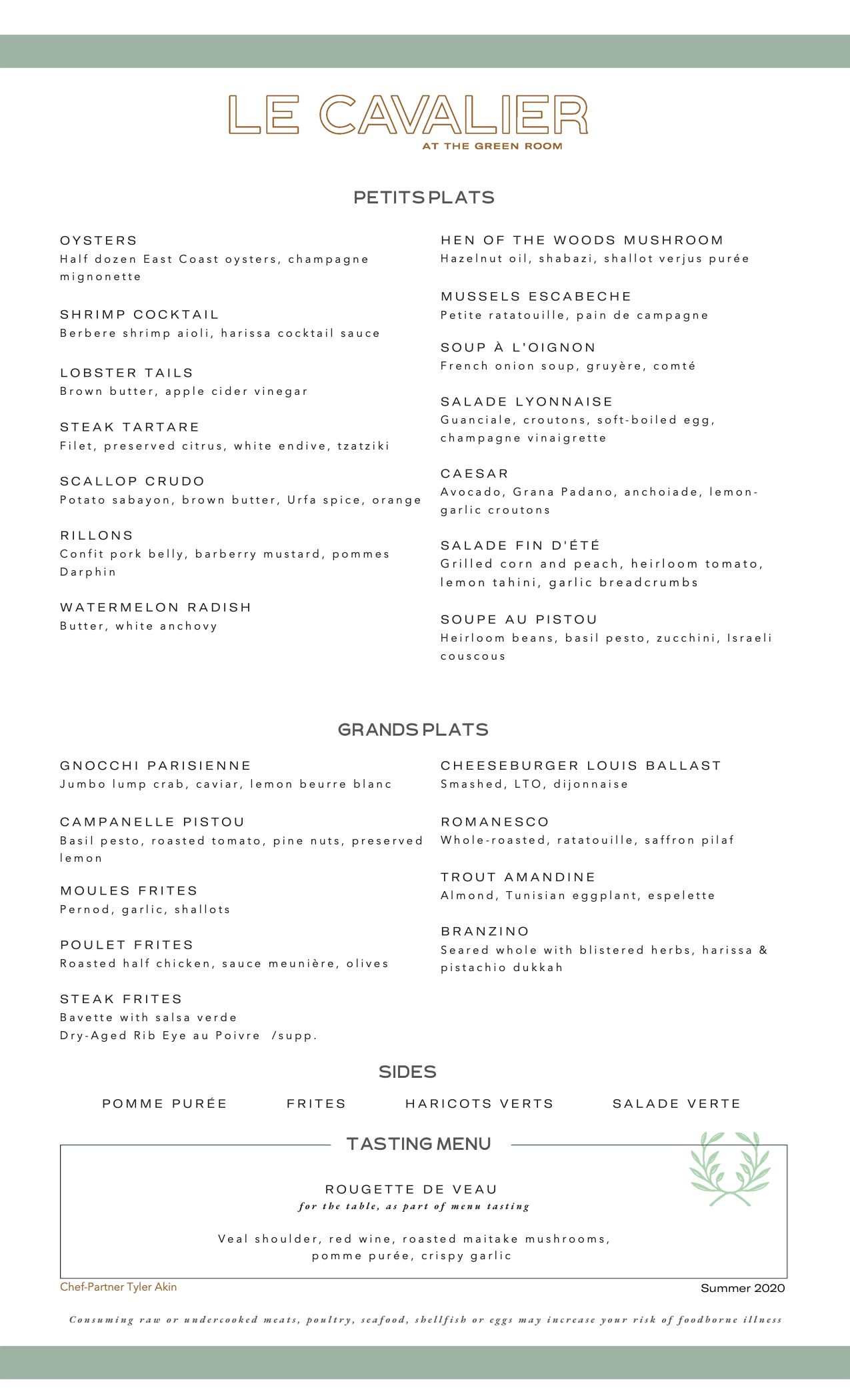