Joe and Angela Cicala’s illicit backyard pizzeria showed the best of Philly’s resilient spirit, even in the worst of times. 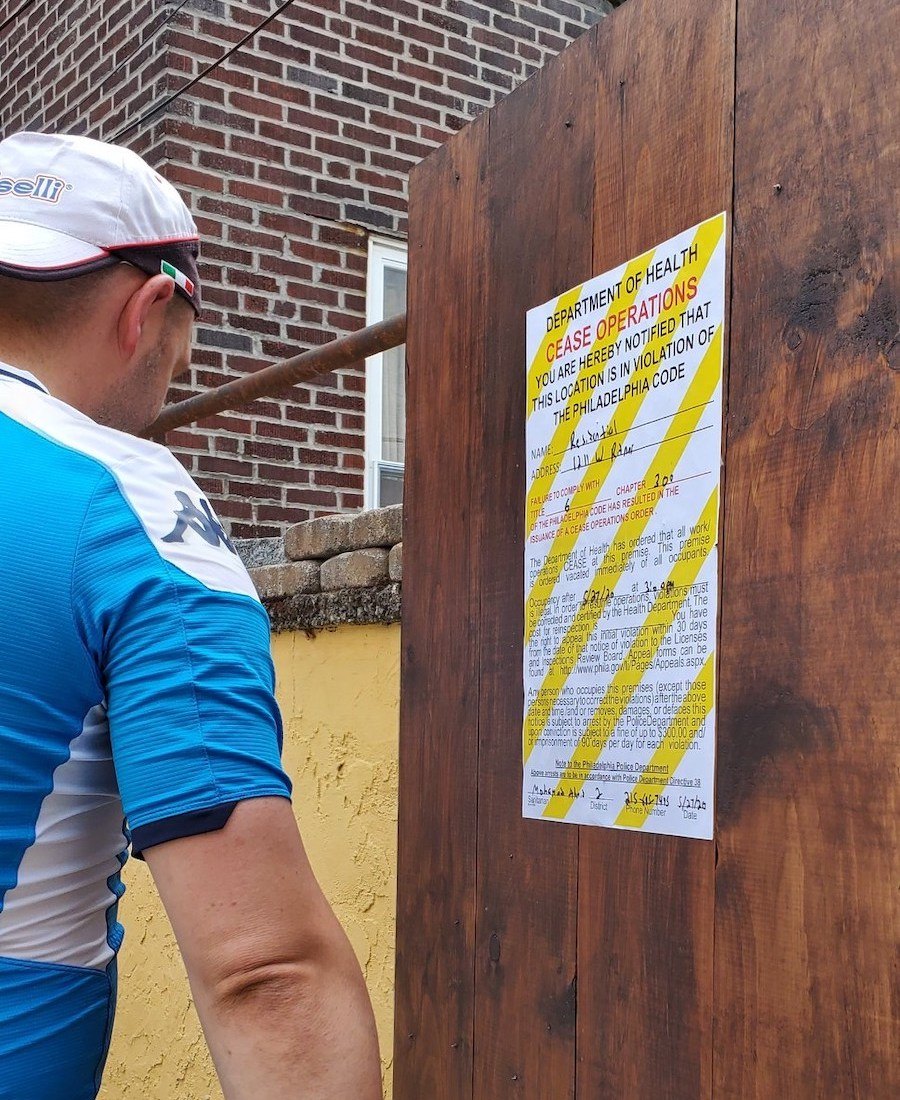 Maybe we’ll forget all about Joe and Angela Cicala’s pizza speakeasy once this is over. Like it never happened, never existed. Maybe it will become legend, or maybe it was too short-lived to have any cultural staying power. But right now? When its beginning and end are still fresh in our minds, the story of Joe and Angela Cicala’s pizza speakeasy is one of the more heartening stories to come from the Philadelphia restaurant industry — one that currently has more sad tales to tell than happy ones.

The story goes like this: Late last year, Joe and Angela Cicala opened their dream restaurant inside one of the city’s most iconic buildings, the Divine Lorraine Hotel. They hung chandeliers in the dining room, they draped linens over the tables, they stocked the bar with amari. In a corner of the room, they built a shrine to Neapolitan soccer star Diego Maradona. Joe made the pasta. Angela made the cannoli. They named the restaurant Cicala. 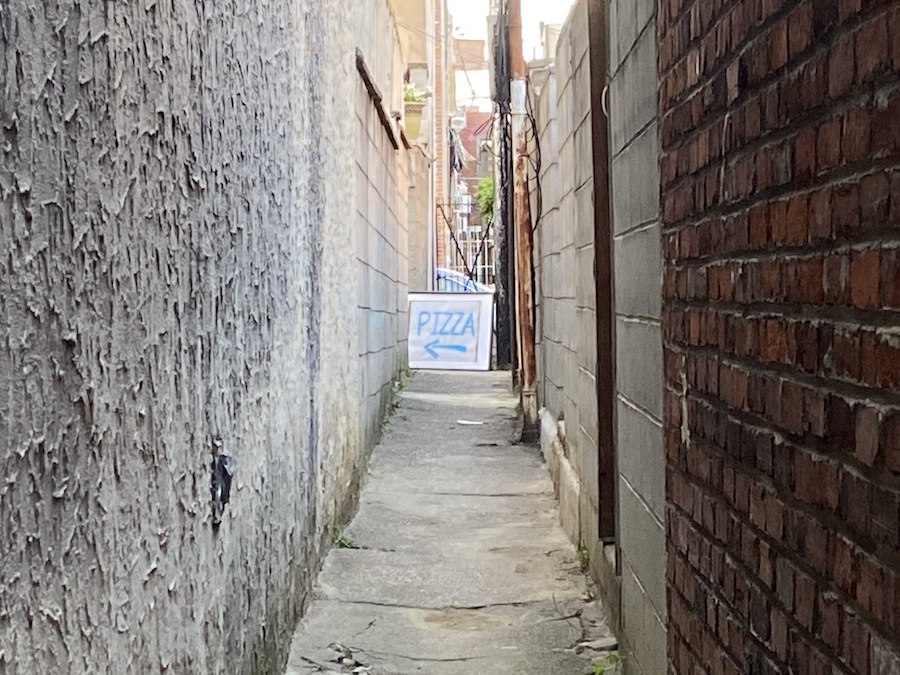 In the beginning, business was normal — well, normal as far as fine-dining restaurants on North Broad Street go. Fast, then slow — sporadic at times, busier whenever a concert would let out at the Met down the street. The official reviews (which tend to make or break restaurants like Cicala) were still coming down the pike when COVID-19 hit, shutting down the Philadelphia dining scene right as the restaurant was about to take off. They tried the takeout thing for about two weeks (which, Joe says, let them use up, pickle and cure all the perishable goods) before finally giving it up. Takeout was too hard a pivot for a restaurant of Cicala’s caliber. So Joe and Angela went home.

Eventually, boredom set in. The occasional Instagram tutorial kept them occupied and eating well, but they missed the real thing — “especially because we were supposed to be in Italy, leading three tours in May and June.” So Joe decided to build a Neapolitan pizza oven in the backyard (another life-long dream of theirs). He pulled out some Neapolitan pizza books, read what he needed to read … and just built the thing himself. He chronicled the build-out on Instagram. 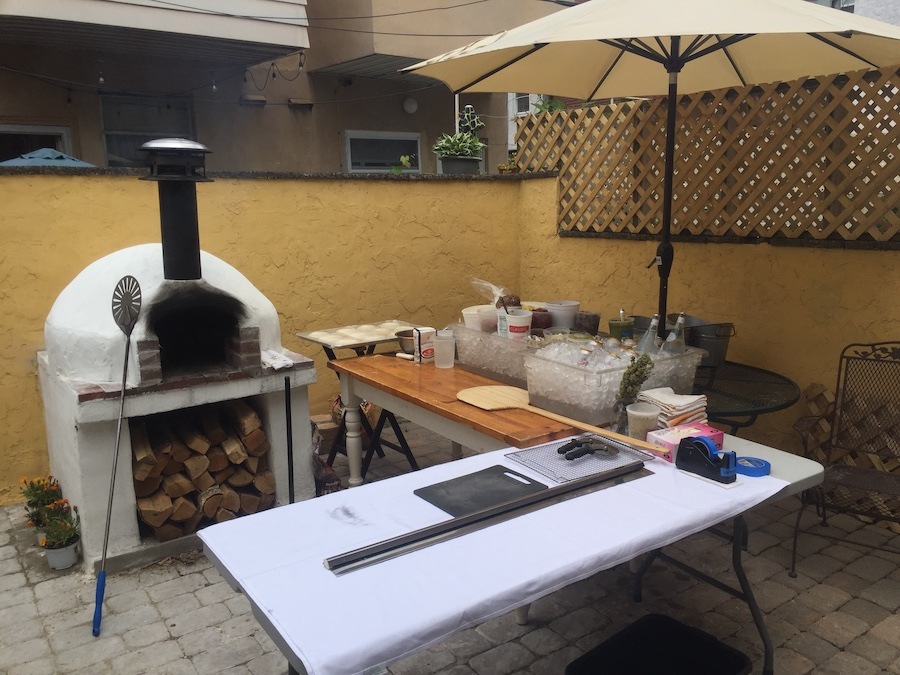 “When we posted that,” he says, “there was an overwhelming positive response. People going crazy, asking how they could get a pizza.” So he did a pop-up, expecting to drink beer all day and make pizza in his backyard. He ended up selling 200 pizzas in 40 minutes (the profit from which allowed the couple to pay their employees before their PPP loan money ran out). There was a line around the block to get served. “The experience of walking through a South Philly back alley to get a pizza — we thought it was so cool,” says Joe. “People kept asking, ‘How do we get this bootleg pizza?’” — a question that would propel their slap-dash operation to full-on “speakeasy” status.

But, obviously, this is a city with rules about these sorts of things. The Cicalas knew those rules, and knowingly broke those rules. “With everything going on with COVID-19 right now, I thought the health department and L&I had better things to do, or that they were closed because nobody is going to work,” says Joe. They completely circumvented the long checklist of items — zoning approval, permitting and licensing, inspection, etc. — that are required before you’re allowed to start selling food to just anyone off the street. They didn’t even hide it: The Inquirer wrote about it; Eater Philly wrote about it. They even got on TV. 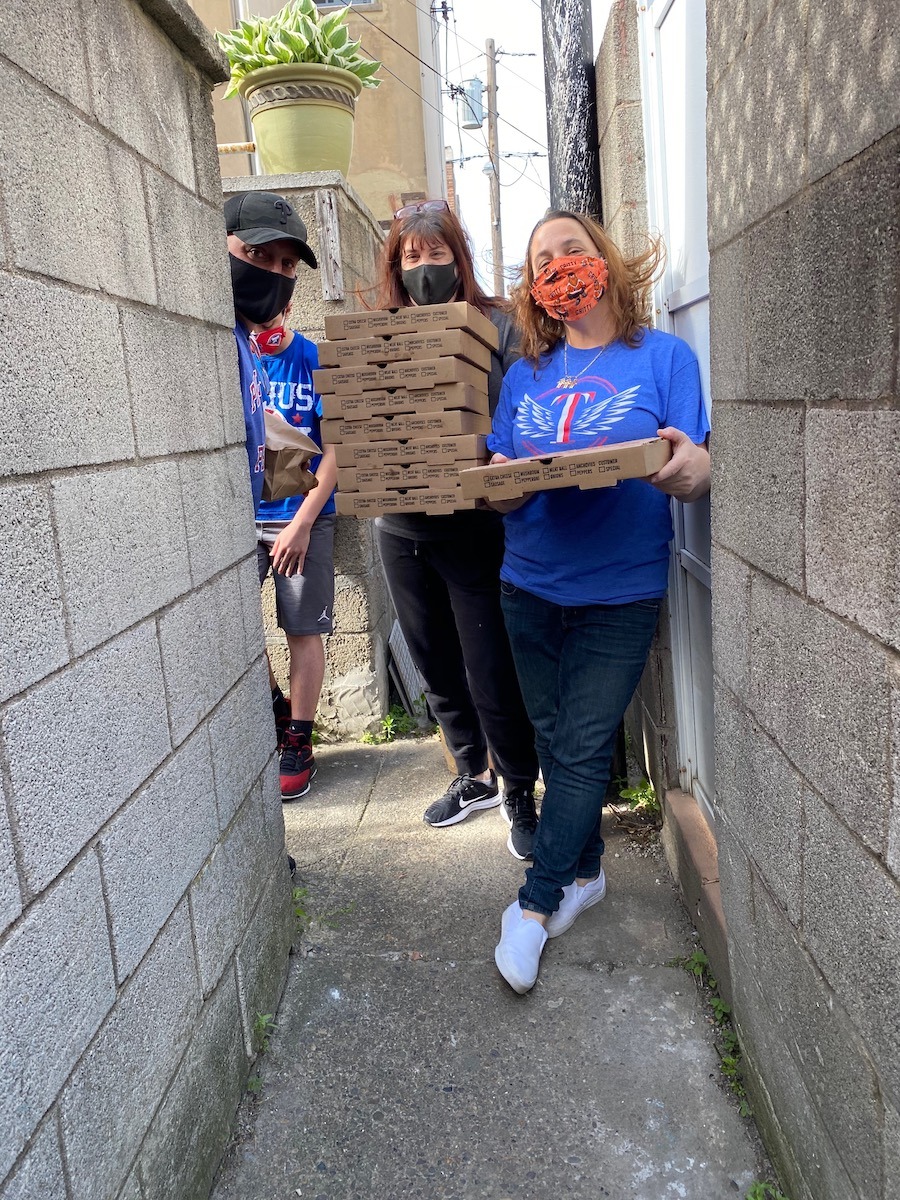 On Wednesday, at Joe and Angela’s third pop-up, seven cops and two city health inspectors stopped by — and not for pizza.

And that was that. Joe and Angela Cicala’s pizza speakeasy in South Philly came to an end. Joe says he’ll bring it back, and that he’ll do it the right way next time: “We can apply for a temporary food service permit, which basically allows us to hold 14 off-premise ‘events’ per year where we can do food prep and cooking on-site.” A second pizza oven is already in the works for the patio outside Cicala, and Governor Wolf is lifting outdoor dining restrictions starting June 5th. Without a doubt, we’ll all get to eat Joe Cicala’s pizza again. 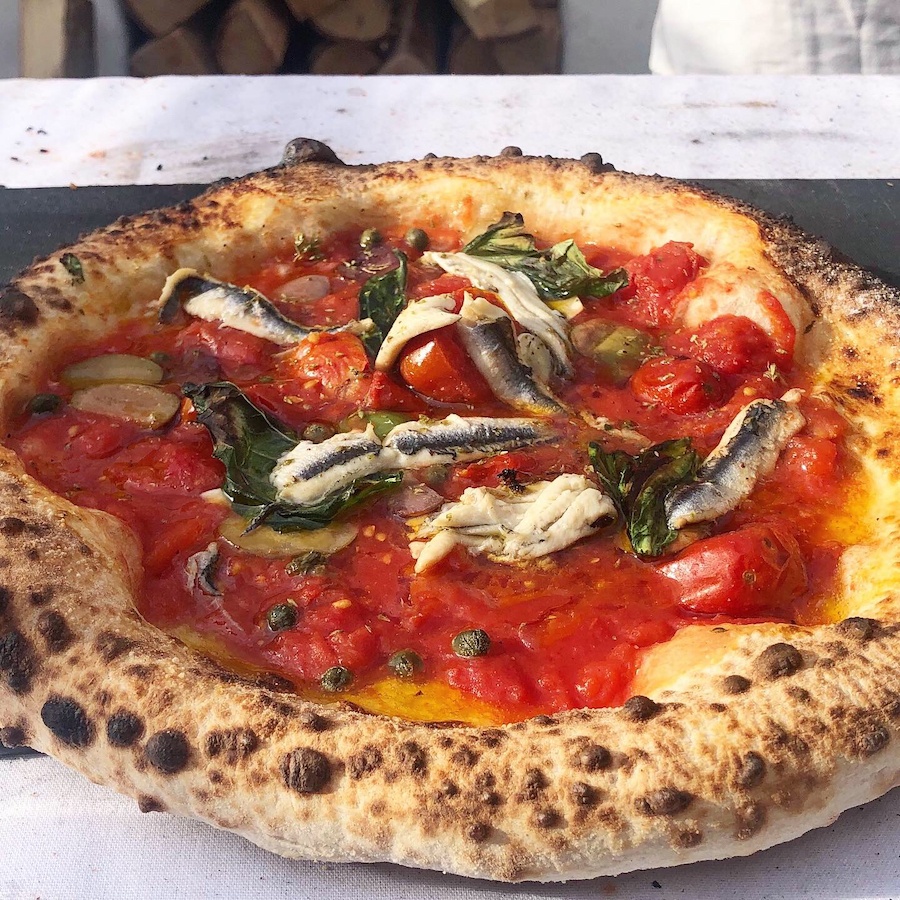 But it won’t be the same. There was just something so life-giving about the stupidity of its original incarnation. Strife, sadness, and massive governmental failures — which independent restaurant owners across America bore the brunt of— often spawn anti-establishment subcultures. Punk-ish music, fashion, art. An experimental DIY ethos. Nonconformist ideals.

Maybe this little, illicit pizzeria wasn’t that. But in my heart of hearts, I hope it was. It’s better to have loved and lost, right? At least, that’s what we’re told.