Primal Supply Hired a Chef. Here’s What That Means For You. 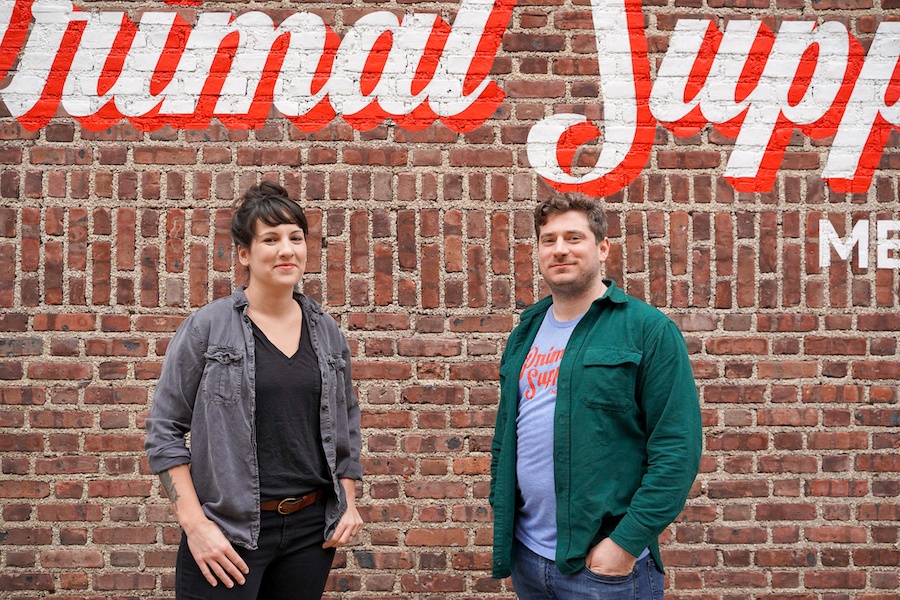 When Heather Thomason started Primal Supply Meats, she was focused primarily on providing high-quality meat to restaurants. She sold meat at regional farmers’ markets, but it only made up a small portion of her business. Now, Primal Supply spans the city, serving chefs and home cooks alike with a beautiful butcher shop on East Passyunk Avenue and a shiny new 6,000-square-foot headquarters in Brewerytown. The business has expanded to accommodate the city’s demands, Thomason says, and now they’re doing it again by hiring a full-time culinary director — Damon Menapace, previously the executive chef at Le Virtù in East Passyunk — to join their team.

Thomason and Menapace met while Heather was head butcher at Kensington Quarters, where she worked before starting Primal Supply. The two worked together closely, and stayed friends when Thomason left KQ. When she opened the Brewerytown location in 2019, she saw an opportunity to bring Menapace into the fold.

“As I’ve been looking at our infrastructure and trying to figure out how to grow and better serve Philadelphia, the kitchen is, to me, the biggest space for growth,” Thomason said. “And, honestly, Damon has always been the person in my mind and heart that I wanted to do this with.”

In the past year, Primal Supply has introduced a small prepared food program, selling things like soup and meat sauces, which have helped them to close the loop on their whole-animal program, which aims to use every part of every animal that comes into the shop. Cooking food in-house has allowed them repurpose the cuts of meat that don’t sell as raw items, and to have a back-up on the days where they unexpectedly don’t sell as many, say, short ribs, as they thought they would.

Customers at both locations have greeted these additions to Primal Supply’s offerings enthusiastically, but the team has been limited by their own ability and time. Menapace’s arrival means that there will be someone on the team with the dedicated skillset to grow this program. Additionally, he’ll be able to head up events and efforts that help bring people into the shops and introduce them to what Primal Supply does.

“At the end of the day, my elevator pitch for what Primal Supply is doing is that we’re trying to sell more meat to support more farmers,” Thomason said. “I’ve been thinking a lot about how to best serve the Brewerytown neighborhood, and every time we sell food, we see a huge turn-out and people really like it.”

This means events like their Saturday Sandwich Day, a pop-up the Primal Supply team has been running weekly out of the Brewerytown location. She and Menapace say they intend to do more of these types of events, though they’re still in the early stages of planning.

It also means expanding their butchery classes, where dedicated and curious customers can learn about how to better take advantage of Primal Supply’s offerings.

“Every time we do a butchery class, someone will ask me ‘I know you’re teaching us about butchering meat, but I would love to learn more about cooking it, too,'” Thomason said. “Damon has the skills to teach that type of class, and I’m really excited for our spring roll-out of classes.”