On Friday, Alex and Stavros Vasiliadis will open their new cantina-style concept, Bodega Bar and Kitchen in Midtown Village. Formerly of Pandora’s Kitchen, Monkey Bar and Bump, the brothers are bringing a nightclub vibe to the restaurant, which will also have live music.

Alex described the vibe as “a dreamy fantasy at 3 a.m. where emotions run high and the details are left to be understood the day after. Oozing with hues of emerald green and amber, shadows pierce through the wrought iron lighting like a tattoo on skin,” and holy christ. 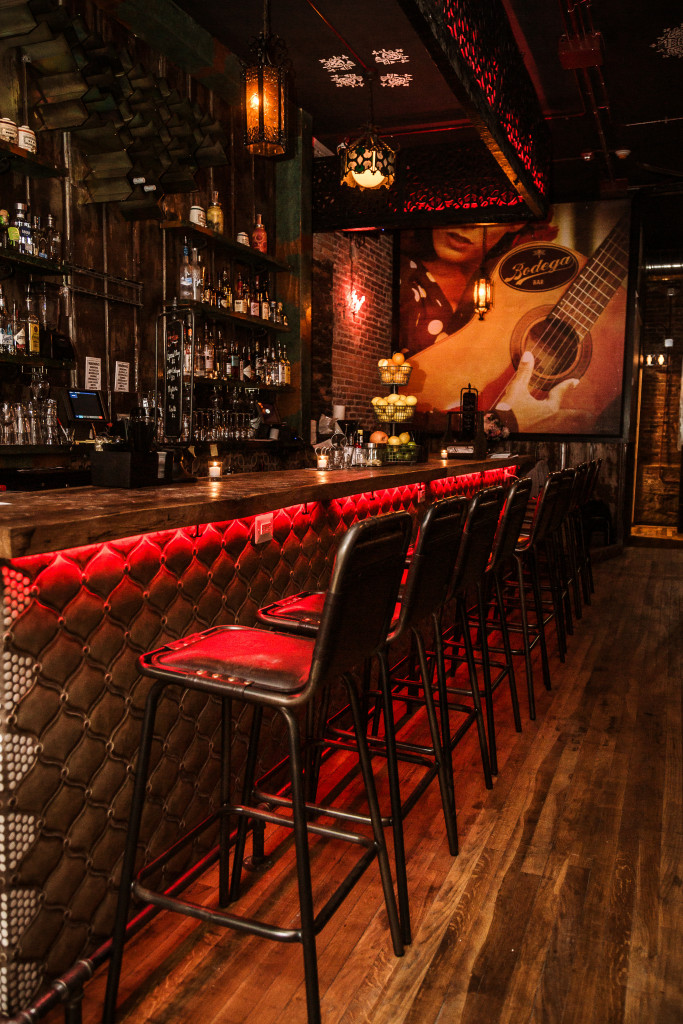 Executive chef Shain Wancio’s (Sidecar Bar, Farm Truck) menu features dishes like pretzel-crusted pastrami chicken served on a cheddar waffle (plus shaved white truffle and caviar add-ons, should you so please), Nashville “Hoctopus,” which is octopus prepared, of course, in the style of Nashville hot chicken, and a cinnamon bun served with bananas foster cream cheese frosting and cinnamon ice cream. In addition to the food menu, a full bar will serve up wine, beer and specialty cocktails, many of which will be available in large format carafes. Scroll down for the menus. 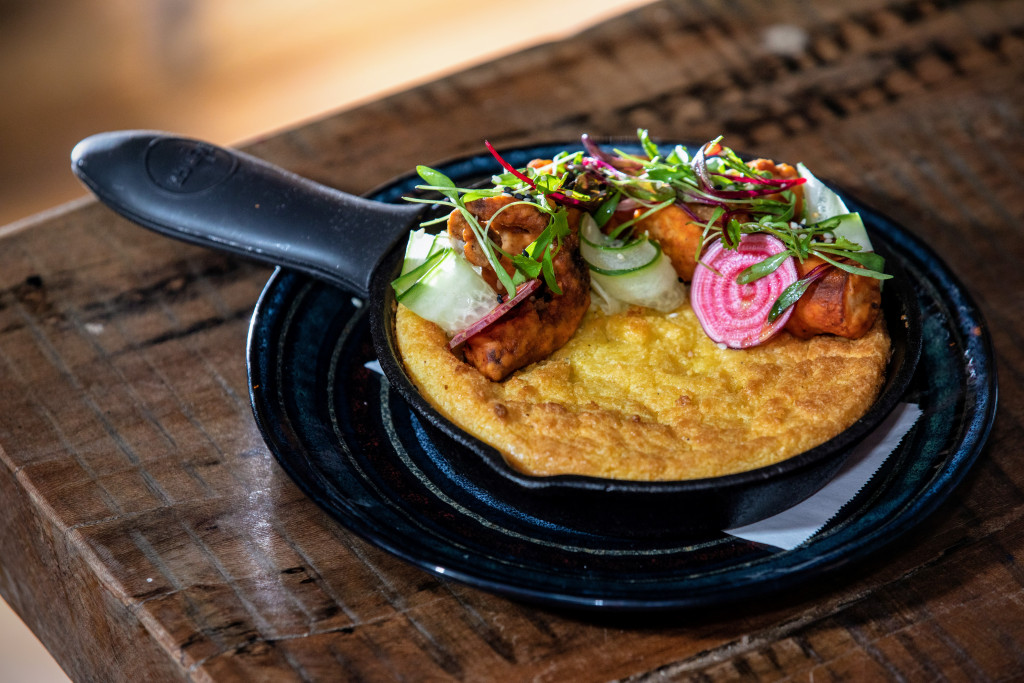 Later this spring, Bodega’s patio will open. Alex describes that space as “Hacienda meets Japanese Garden.” It will also have a second bar space and seating for 50, which doubles the restaurant’s seating.

Bodega is located at 1223 Walnut Street and will be open Monday-Friday 11:00 a.m. to 2:00 a.m. and Saturday and Sunday, 9 a.m. to 2 a.m. Lunch and dinner will be available starting at the opening, with breakfast and brunch added in the coming weeks. Live and recorded “world house music” will play Wednesday through Saturday, 10 p.m. to 2 a.m. 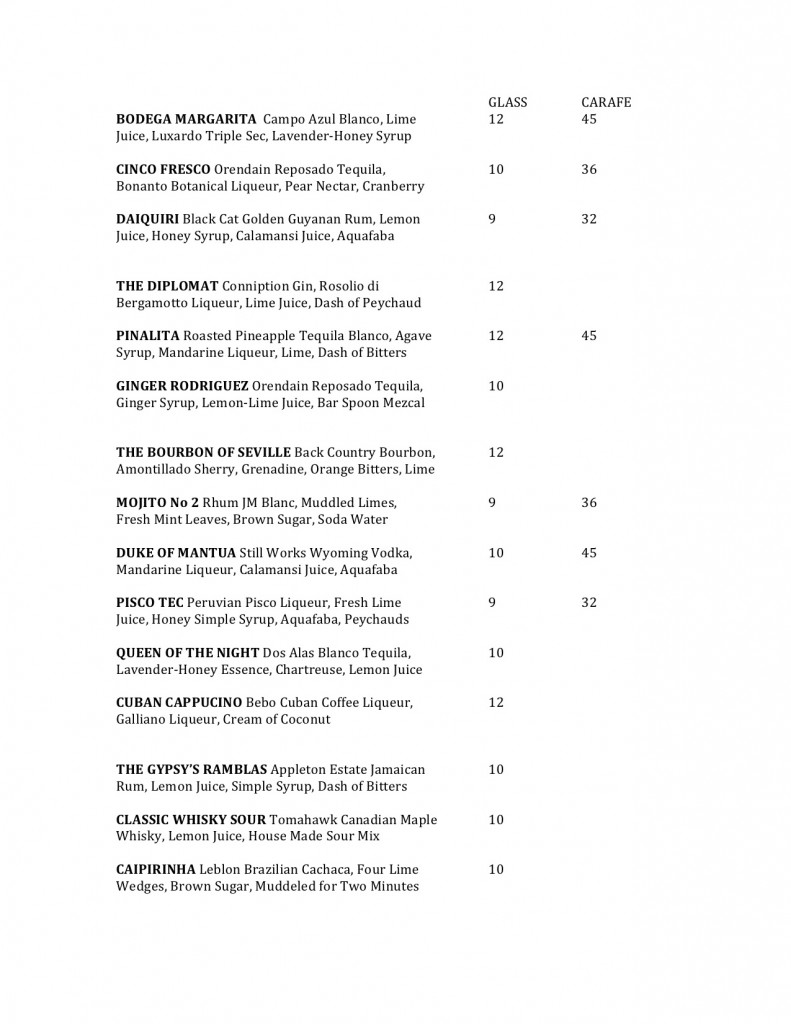 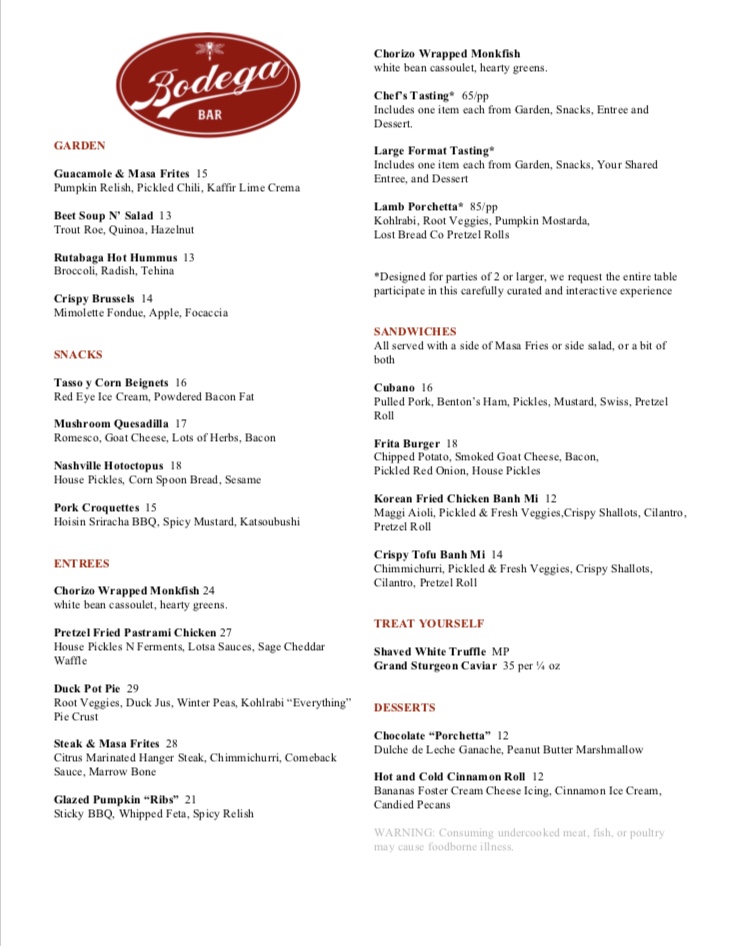