Emmy Squared Comes From NYC. Why Does Philly Love It Anyway?

How Detroit-style pizza caught our city at the perfect moment. 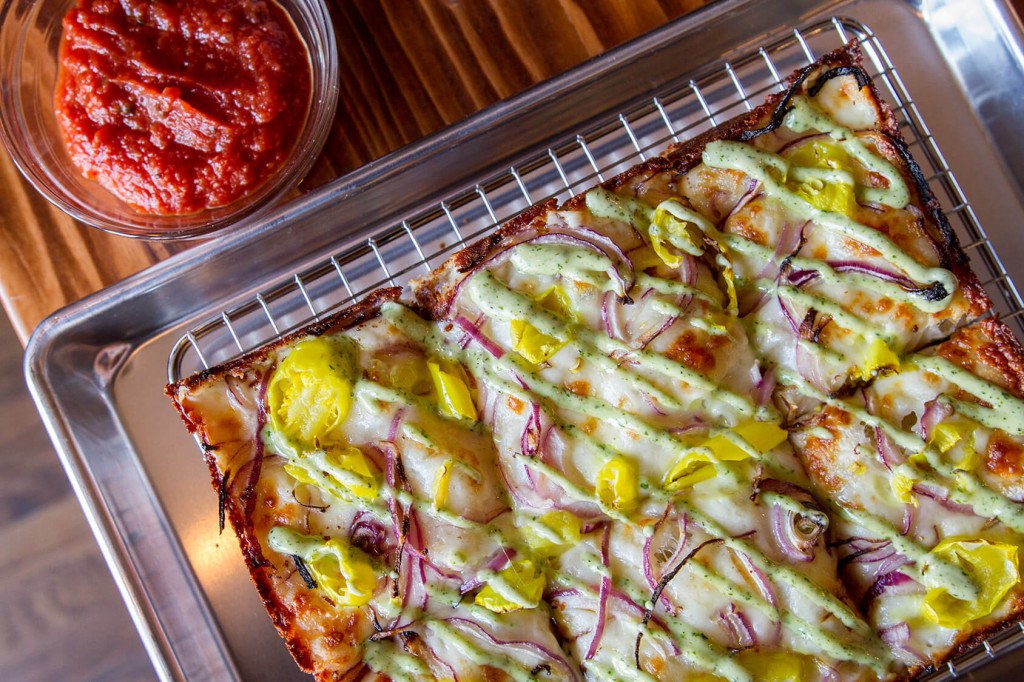 I wanted to be mad at Emmy Squared’s new location in Queen Village. It makes me nervous that they’re a New York-based restaurant group that’s coming into Philly and taking up real estate in Queen Village, a neighborhood that has, so far, been an affordable-enough location for some of the city’s best up-and-comers to open their own spots.

But I’m also excited. I’ve had their food in other cities and it’s … really good. I think about their caramelized cheese “frico” crust on a not-infrequent basis. And the rest of Philly seems excited, too, with booked out reservations and lines out the door for walk-in tables. In a city where outsiders are usually scoffed at and mocked, Emmy Squared seems to have seamlessly worked its way into the fabric of our restaurant scene.

Pizza Loves Emily, the restaurant group behind Emmy Squared, started in 2014 with Emily, a cozy neighborhood restaurant in Clinton Hill, Brooklyn co-owned by Emily and Matt Hyland. It is chef-driven (Matt remains the executive chef of the restaurant group) and serves New York style pizza. There are wings and salads and burgers — really good versions of kind of slam dunk food that every neighborhood wants.

The first Emmy Squared opened in Williamsburg, Brooklyn in 2016, serving Detroit-style rectangular, six slice pies. The concept is less chef-driven — the house-made dough is pressed into small baking trays, left to rise, then topped to order and passed through a gas oven on a conveyor belt, making the pizzas easy to replicate consistently. That same year, Ken Levitan and Howard Greenstone, both well-known restaurant development guys, came on to help the group expand. Today, there are locations in New York, Brooklyn, Nashville, and, now, Philadelphia, with plans in place for spots in D.C. and Boston. The concept thrives in the meeting point of consistency and adaptability.

The crusts, they explain, are the same from location to location – the conveyor belt system makes sure of that. The adaptability, though, comes from the fact that the crusts can be topped with whatever seems to fit the vibe of the city or neighborhood. In Nashville, hot chicken and pimento cheese. In Philly, toppings inspired by a roast pork sandwich. Once again, slam dunk food.

The expansion is, of course, profitable for the group. Restaurant margins are notoriously slim, so it’s easier to keep a company afloat with more restaurants, not less. But the expansion also allowed the group to give upward mobility to their staff, says Emily. The group developed a “speed team of corporate trainers” — basically management and long-term employees at existing locations who work with employees in new locations to establish consistency in service between cities.

This all sounded very cookie-cutter to me, too, until Emily started talking about “group norming,” an exercise she used as an instructional coach in the New York City Department of Education. The process, Emily explained, gets their new employees (many of whom are local) interacting with each other and asks them to think about what a healthy workplace looks like to them. The expectations they come up with become a living document that is placed in a shared space in the restaurant. Sort of a rulebook that, in turn, gives each location its own personality. Personality, of course, is key to a restaurant’s success in this city. 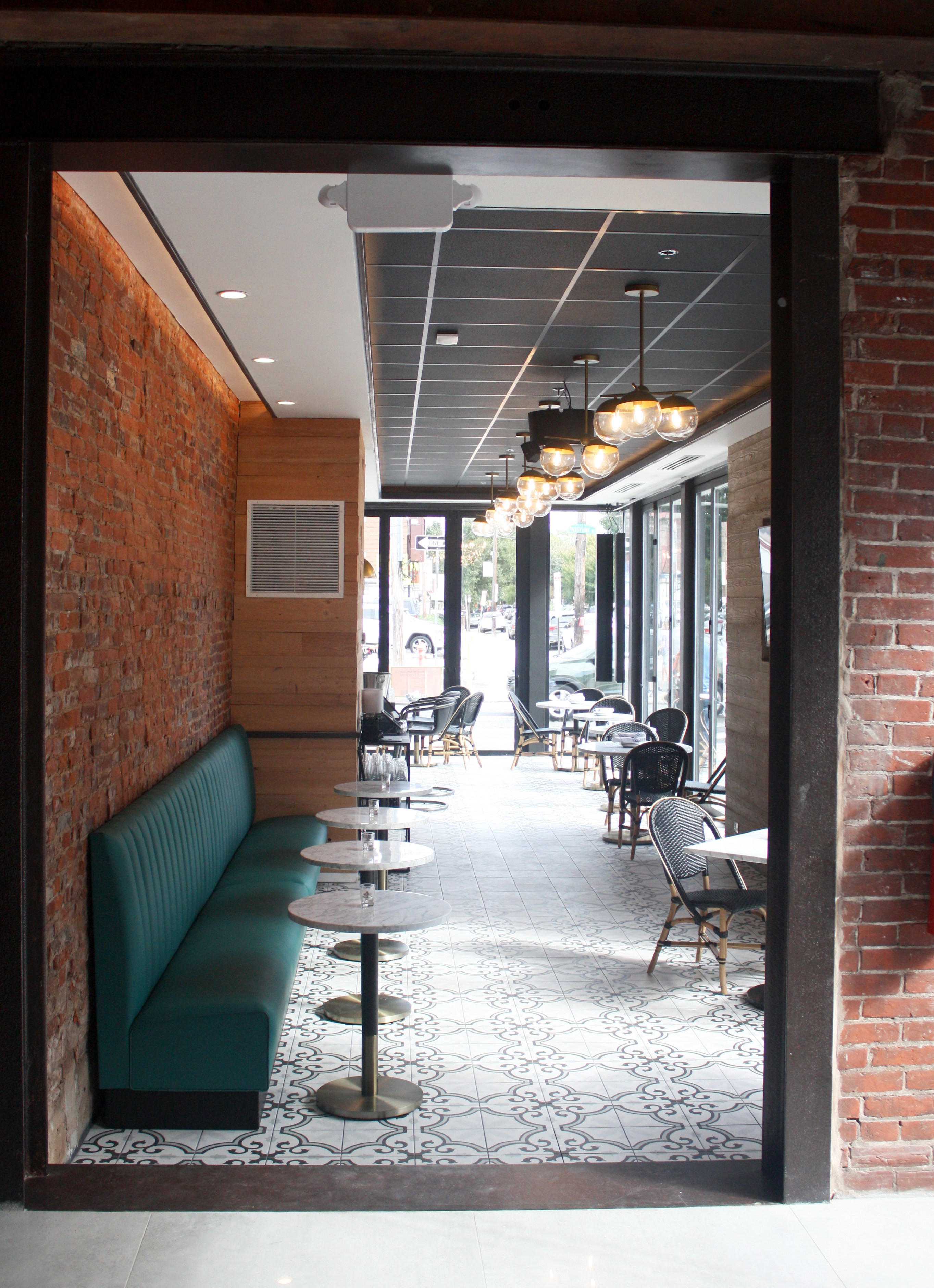 In a lot of ways, Emmy Squared’s immediate success could come from the fact that we’ve been primed for a restaurant like Emmy Squared. Pizza Gutt has introduced the city to this style of pizza with his dope versions of Detroit-style pie (all the rage these days) at his Kensington pizzeria Circles and Squares. But one tiny operation isn’t enough to sustain one very hungry city.

Maybe it comes from the fact that Philly is forming new, healthier relationships with our hotels — and our hotel restaurants. We’ve seen the Suraya crew open three concepts inside the Pod Philly Hotel. Vernick Fish and Jean-Georges have been firing on all cylinders in the new Four Seasons. Casual pizza and burgers on the ground floor of a small, boutique hotel (Queen Hotel) doesn’t really feel like an attempt to elevate us and our food to fancier, New York-ier heights.