Does a Chain Wine Bar Mean the End of Cool for East Passyunk Avenue?

Barcelona — a corporate wine bar with 12 East Coast locations — is close to opening on South Philly's restaurant row. Here's why that sucks. 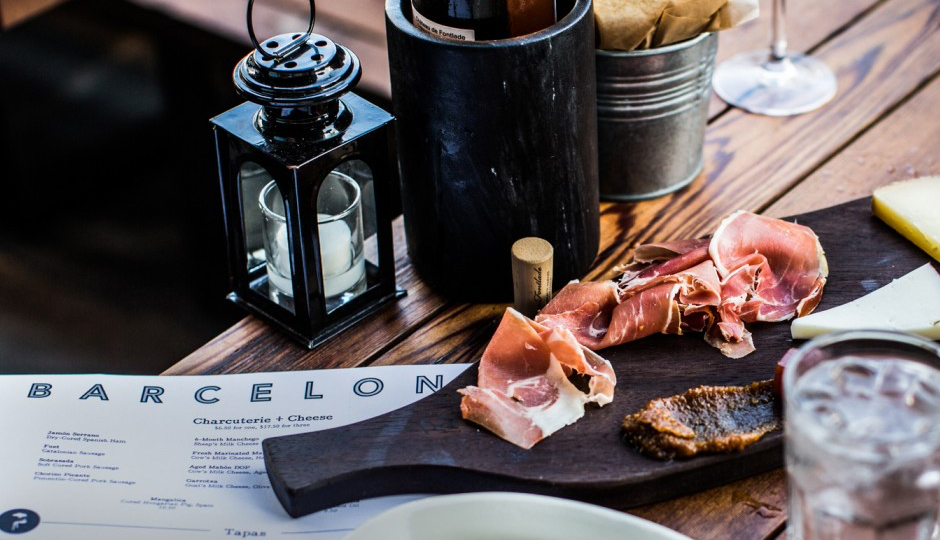 Over the past decade, Connecticut-based Barteca Group expanded its Barcelona Wine Bar concept to 12 locations in five different states. It’s 13th location will open on East Passyunk Avenue sometime this summer, and that bums me the eff out.

Barteca Group is a corporately owned restaurant group. Much like any other large restaurant group (e.g., Starr Restaurants and Garces Group) it has a team of culinary directors, art directors, architects, even a carpentry workshop. If you include the 12 locations of its sister concept, bartaco, the group has a footprint in nine different states.

It’s a mammoth organization, and it’s opening on … East Passyunk Avenue, a South Philly strip of small, independently owned businesses (barring the CVS at 10th and Reed). And East Passyunk’s restaurant scene is the neighborhood’s defining attraction and a microcosm of Philly’s restaurant landscape at large: a group of chef-entrepreneurs working together to build a community with really good food and drink. What that looks like could be anything from throwing collaboration dinners to buying into a neighborhood-wide valet service to participating in festivals. It’s an all-hands-in affair — especially on the Avenue.

So how could a big, flashy, out-of-state restaurant group possibly fit in? Sure, Philly could always use more roof-decked restaurants — they’re always fun, and apart from Amada and Jamonera, we’re really lacking in good, real tapas (for a major U.S. food city, anyway). And, of course, busy business begets busy business — at least that’s the working theory. It’s why malls exist, and why malls have food courts. In cities like our own, our food courts are called “restaurant rows” — living, breathing centers of gravity that pull in like-minded food and drink lovers looking for somewhere worthwhile to spend their money. East Passyunk is exactly that, with all sorts of trendy new restaurants, cocktail bars, boutique grocers and the like, but those places generally operate — and this is important — in harmony with century-old Italian goods stores, red-gravy joints, and long-standing retail shops. Plus, with all of the commotion, you’d expect rent hikes to cause a sense of displacement among its native population. But a 2010 (around the time when Passyunk’s restaurant boom first started gaining momentum) PolicyMap stat shows there’s a 65.9 percent homeownership rate in the 19148 area code, well above the citywide 52.64 percent average.

And it’s that sort of old-Philly-meets-new-Philly synergy that makes Passyunk Avenue such an anomalous example of gentrification.

Let’s be clear: It’s not that I’m opposed to a big restaurant group opening here. It’s just that the Barteca Restaurant Group isn’t Philly. Stephen Starr opening on the Ave? Sure. He’s got a bajillion restaurants across the East Coast — and even one opening in Paris — but he’s rooted here in Philly, and he gets us. CookNSolo? Bring it. Garces? Fine. There’s just something about an out-of-towner plopping its generic trendy-food concept on an avenue as unique as East Passyunk’s that just seems wrong.

One neighborhood restaurant owner says: “If it brings more people — and more people are a dire need on East Passyunk Avenue — then that could be a good effect.” But he’s got his concerns, too, mostly to do with all the baggage chain restaurants carry with them. “I’m not fond of chains. [I] think they usually are harbingers of the decline and death of truly independent and distinct neighborhoods and businesses, and that they will further undermine the affordability — and profitability — of space on the Avenue.” At the end of the day, when a big restaurant group chooses the site of its new restaurant, it’s a very calculated effort — there’s a reason why the Barteca group chose South Philly over Center City.

That reason, per its PR team, is this:

“When we first visit a neighborhood, we like to get a sense of who the people are, their routine, and the vibe. East Passyunk Avenue has that true neighborhood feel. It’s where people really live and socialize—that’s where we want to be.”

It’s a sign of the times: East Passyunk, now, has a built-in customer base. Besides the neighborhood residents themselves, its short distance from Center City (where the money is) and attractiveness to Main Liners (where the real money is) makes the neighborhood bump on weekends. Also, people are really into food now. They travel for it. And East Passyunk, with its acclaimed chefs and diverse compendium of restaurants, is something of a Disneyland for foodies. So, of course it caught Barteca’s attention. (It helps that James Beard winning chef Christopher Lee, of Striped Bass fame — now a culinary director at Barteca — caught wind of the neighborhood’s rise-to-greatness when he helped open Sophia’s — now Townsend — in 2013.) 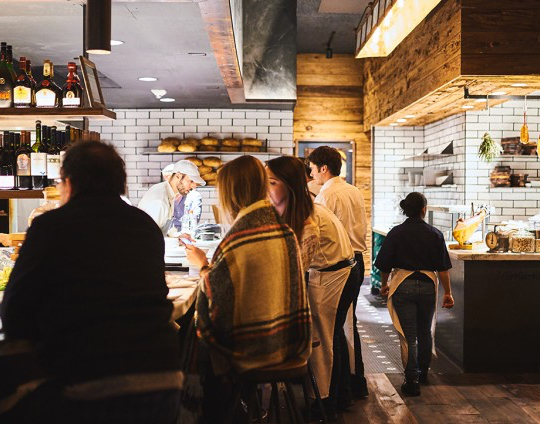 But chain restaurants are still chain restaurants, no matter how you shake it. Yes, Barcelona isn’t as offensive as, say, an Applebee’s or a Cheesecake Factory. But the Barcelona restaurant model, whatever it is, worked in Massachusetts, New York and Tennessee — three vastly different markets. It’s obviously something designed for mass appeal, a concept that can work anywhere. And business concepts that can work “anywhere” have a knack for dismantling distinctiveness. Don’t believe me? Look at Walnut Street — once home to the likes of Le Bec Fin, Susanna Foo, and Striped Bass, and now … well, Cheesecake Factory.

Let’s take it one step further. Last month, the Office of Property Assessment reassessed commercial properties all over Philly. Chinatown, South Street District, and East Passyunk got hit hard. According to a PlanPhilly report, the average commercial assessment on East Passyunk Avenue jumped 65 percent between 2017 and 2018, which is hefty enough for a street of small businesses. But some restaurants, like Stogie Joe’s, Marra’s, and Brigantessa, got wrecked:

For a small restaurant, $12,000 more per year in taxes is a tough pill to swallow (let alone Stogie’s $20K). For some, it could be too much, and they’d move. But a corporately owned restaurant can take a hit like that. And if that’s the case, you start to wonder what kind of businesses might soon start opening on the Avenue.

Passyunk Avenue Revitalization Corporation (or PARC, the organization responsible for turning East Passyunk into the restaurant destination that it is today) executive director Bryan Fenstermaker doesn’t see Barcelona’s opening as a negative thing: “I think what [the group choosing to open here] says is that, if you look at it regionally, nationally, however you want to do it, East Passyunk was able to land somebody.” And sure, it’s cool that a tiny neighborhood like that was able to garner the amount of attention that it has, but should we celebrate Barcelona’s choice to open on East Passyunk like it’s a big pro-athlete pickup? And let’s say we do — wouldn’t the Cavs’ 2016 NBA championship win have tasted just a little sweeter without LeBron James?

In the past, and still to this day, PARC never looked to fill its buildings with big business. “That’s just not the fit or the fabric of the neighborhood,” says Fenstermaker. “When I look at economic development in commercial corridors, I look at the backbone of the city, it’s those entrepreneurs really making a go of it and hiring people from the community and paying them a decent wage. That’s the real fabric of it.”

One could suppose that a big brand eyeing up a small neighborhood means that the neighborhood is thriving. Sure, Food and Wine named it “Best Foodie Streets” in America back in 2013, but now it’s 2017, and the situation has changed. Ask any Avenue chef — any chef in Philly, really — and they’ll tell you that, for whatever reason (a burst restaurant bubble, perhaps?), slow nights are more prevalent now than ever before.

Some chefs in the neighborhood are more optimistic than I am. South Philly-born Joncarl Lachman, who lives above his BYOB, Noord, is happy to see new business on the Avenue. His only hope, he says, is that they “become involved in our very special  community here. We all do a lot to help make the neighborhood a special place. I invite them to join all of us at our September event on the roof at Bok to help the [Business Improvement District] pay for additional police presence on the Avenue during the summer months.”

Last year, Top Chef winner and Passyunk-faithful Nick Elmi told Philly Mag’s Jared Brey, “People are free to do whatever the fuck they want. If somebody wants to open a fine dining French restaurant right next door to me, I’m not going to stop them. It’s on me to just be better.”