Here are our favorite places to perk up with a drink while you chill out. 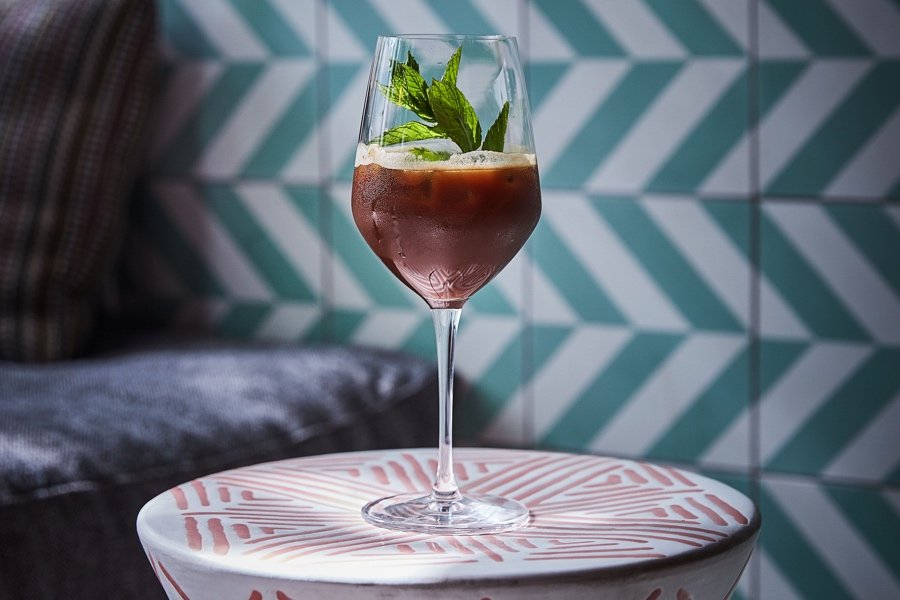 Philly’s cocktail and coffee scenes are soaring right now — so it’s only natural that the two have combined to create great drinks that create buzz in more ways than one. Here’s a list of some of our favorite coffee cocktails in the city, from bespoke takes on the Espressotini to zero-proof ways to start your day with something more creative than just cream and sugar in your cuppa.

Bloomsday, Society Hill
The new Headhouse all-day cafe offers Rival Bros. coffee cocktails tailored to time of day, from alcohol-free pick-me-ups to stronger concoctions blending booze and caffeine. In the morning, drink their Espresso Tonic, made with bitter pomegranate juice, or coffee-spiked horchata — or give yourself a lift (hey, we don’t know your life) with the Cold Coffee, a low-ABV coffee-infused gin blended with pomegranate and cherry juices. For evening, there’s a full slate of full-booze options like the tropical Day Ender, made with overproof rum, chocolate bitters, cold brew, and yuzu coconut cream.

Double Knot, Midtown Village
As befits a bar-slash-coffee shop, there’s a whole section of the menu here dedicated to coffee cocktails, from their take on the espresso martini — which includes coconut, smoked caramel, and Amaro Nonino in addition to the classic vodka and espresso — to the Midtown Flip, made with a blend of bourbon and cold brew coffee plus a whole egg, Lucano amaro, and black walnut.

R&D, Fishtown
The dark, sexy cocktail spot rotates through quarterly themed menus — the current one has a tiki vibe — so you’ve only got a few more weeks to enjoy Death Before Decaf, a blend of Demerara rum, Irish whiskey, coffee, amaro, pineapple, coconut, and a dash of Don’s Spice 2, a vanilla-infused concoction inspired by tiki drink icon Don the Beachcomber. 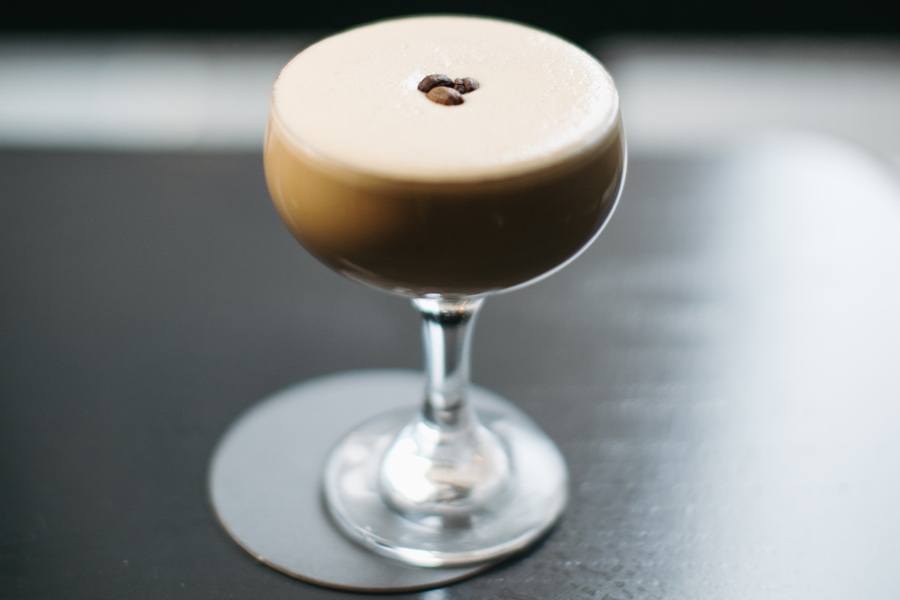 Twisted Tail, Society Hill
Hit up weekend brunch at this Headhouse Square spot for their indulgent take on the classic espresso martini, made with cocoa nib-infused bourbon, brown sugar syrup, Kahlúa, chilled espresso, and a layer of malted whipped cream on top.

Fork, Old City
Wake yourself up with a Morning Jolt, which combines vodka, coffee liqueur, vanilla syrup, and bitters with a splash of Rival Bros. Revolver blend, available only on their Sunday brunch menu.

Barclay Prime, Rittenhouse
Get a taste of Italy while you caffeinate with the Passeggiata, bartender Bob Caskey’s ode to the Italian tradition of a pre-dinner stroll. It’s a mix of averna, espresso, Licor 43, and a little gomme syrup for sweetness and body. 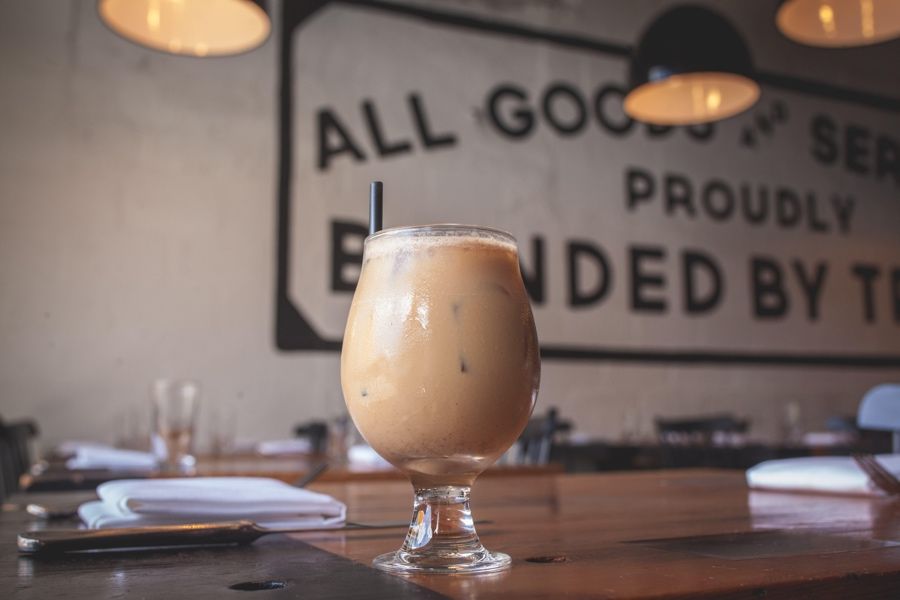 Hanoi by Way of Nassau | Photo courtesy of Kensington Quarters

Kensington Quarters, Fishtown
KQ’s coffee cocktail blends favorite drinks from two different cultures: Vietnamese coffee and Gully Wash, the frothy Bahamian drink that’s made with coconut water, sweteened condensed milk, and gin. The Hanoi by Way of Nassau, as it’s called, also includes milk cooked with taro root to add creaminess and body, while a dash of bitters and shaved cinnamon add complexity. (It’s typically on their brunch menu only, but if you ask, the good folks at the bar will make you one for dessert during dinner service.)

Hop Sing Laundromat, Chinatown
You’d expect the nationally-known cocktail haven to have at least one coffee-based drink. In fact, their extensive menu boasts a couple: the Mother’s Little Helper, made with coconut coconut rum, amaretto, Vietnamese coffee, and cream; and the Nevermore, which blends Vietnamese coffee and Patron Citrónge with gin from West Virginia-based Smooth Ambler, plus a froth of cream on top.

Palizzi Social Club, East Passyunk
Get your caffeine with a dose of dairy at Palizzi with the D’Amo, in which espresso is enriched with brown butter-washed amari and clotted cream.

Herman’s Coffee, Pennsport
Without a liquor license, Herman’s can’t spike its coffee cocktails — but their selection runs so deep that we had to shout them out. Try their grapefruit-sage espresso tonic — bracing with citrus, pleasantly bitter, and perfect for summer. 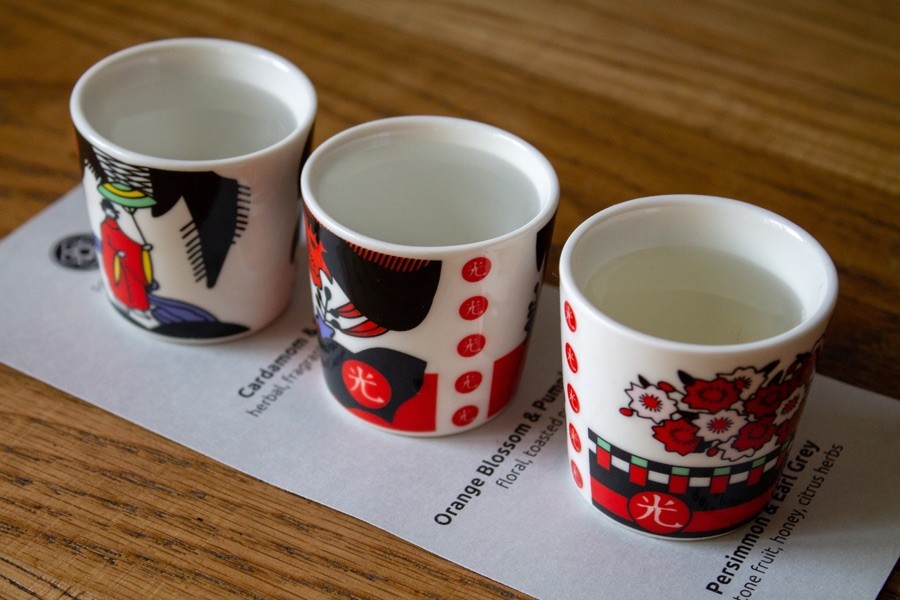 Southgate, Rittenhouse
The bar at this Korean spot offers several kinds of soju infused in-house with different botanicals — including a version that includes coffee and brûléed orange.

Plenty Cafe, Rittenhouse and East Passyunk
The folks at this European-style cafe call on their long list of amari and some strong liquor to fortify their coffee. Their Alive & Kickin’ features nitro cold brew, Averna, and a healthy dose of bourbon.

Heritage, Northern Liberties
Sometimes, you want the simple pleasure of morning coffee with just a little kick. Heritage delivers with the Hotel Lobby, a tumbler of cold brew mellowed with bourbon cream, vanilla, and vodka.

Manatawny Still Works, East Passyunk
The distillers at MSW put their Rival Bros. coffee-infused whiskey to work with the Flipadelphia, a play on the classic flip cocktail recipe with fruity Maraschino liqueur, chocolate bitters, and the requisite egg.