Stina, a Mediterranean BYO, Sets Its Opening in South Philly

Chef Bobby Saritsoglou is back with a mission-driven restaurant serving pizza, handmade pasta, shawarma, and more. 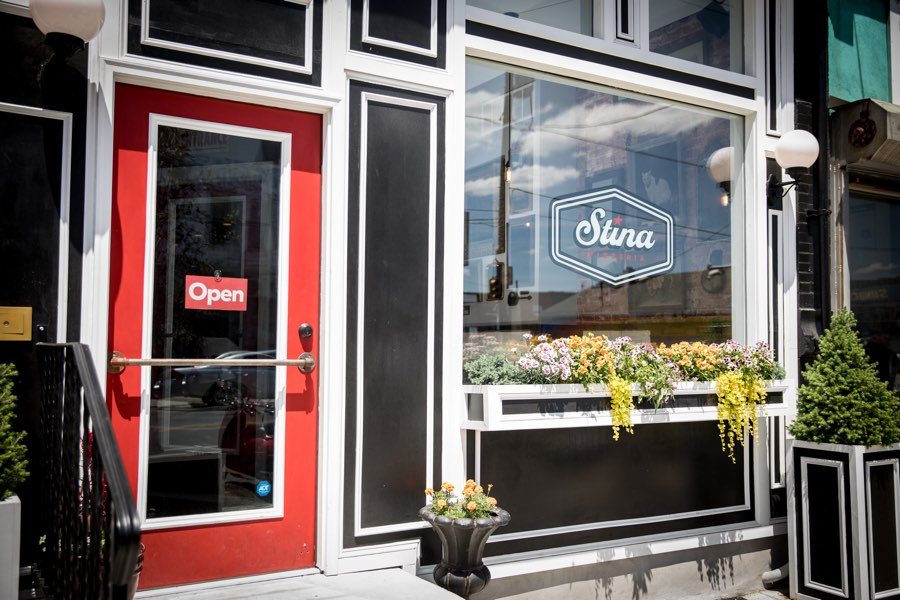 Stina, the mission-driven Mediterranean BYO from Bobby Saritsoglou and Christina Kallas-Saritsoglou, will open this Friday, May 24th.

This is Saritsoglou’s first place of his own: the chef left his longtime post at Greek spot Opa back in summer of 2017. A year later, he and his wife announced they’d be opening Stina — she’s the restaurant’s namesake — at 1705 Snyder Avenue.

Kallas-Saritsoglou, a co-founder of nonprofit Philly AIDS Thrift, decorated the eclectic, 900 square-foot space, which seats 28, with vintage art and tchotchkes. She also used 25 reclaimed wooden doors — which Saritsoglou spent years collecting for this very purpose — to line the lower walls of the space. 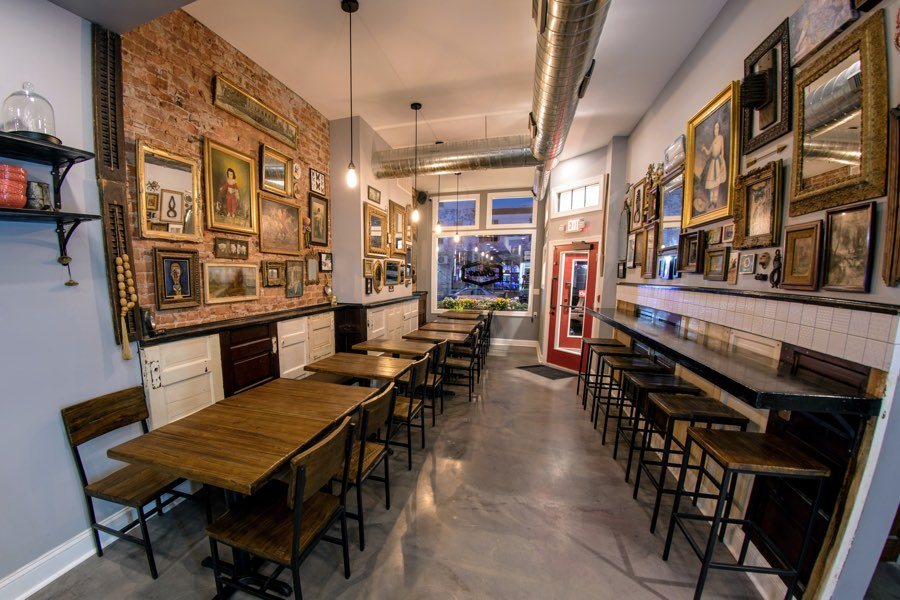 The couple, who live just a few blocks from the restaurant, plan to donate a portion of each month’s sales to organizations serving the community, hold monthly charity nights, and make the space available to local organizations for meetings on Monday evenings and mornings when the restaurant is closed.

The menu at the Mediterranean BYO is built around a huge Morello Forni wood-fired oven imported from Italy, which does mean pizza — but also a lot more. There are mezze like fire-roasted veggies and kabobs and borek, a Turkish pastry Saritsoglou fills with smoked cheese and honey. The chef’s take on pide, Turkish filled breads, resemble Georgian khachapuri stuffed with lamb sausage or mushrooms.

Other dishes include a suite of pastas — including manti, Turkish dumplings — salads, and sandwiches in the form of chicken shawarma, falafel and an Italian hoagie (this is South Philly, after all). 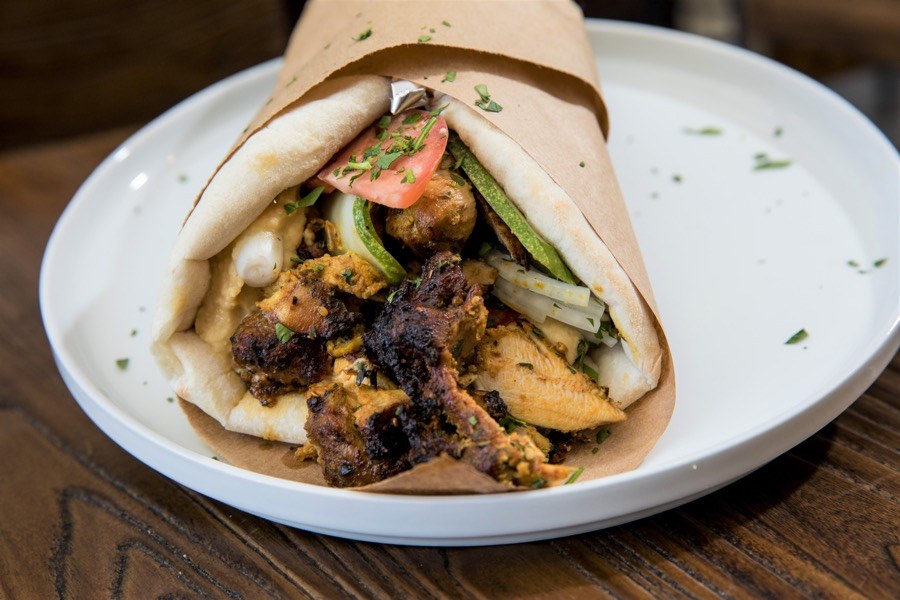 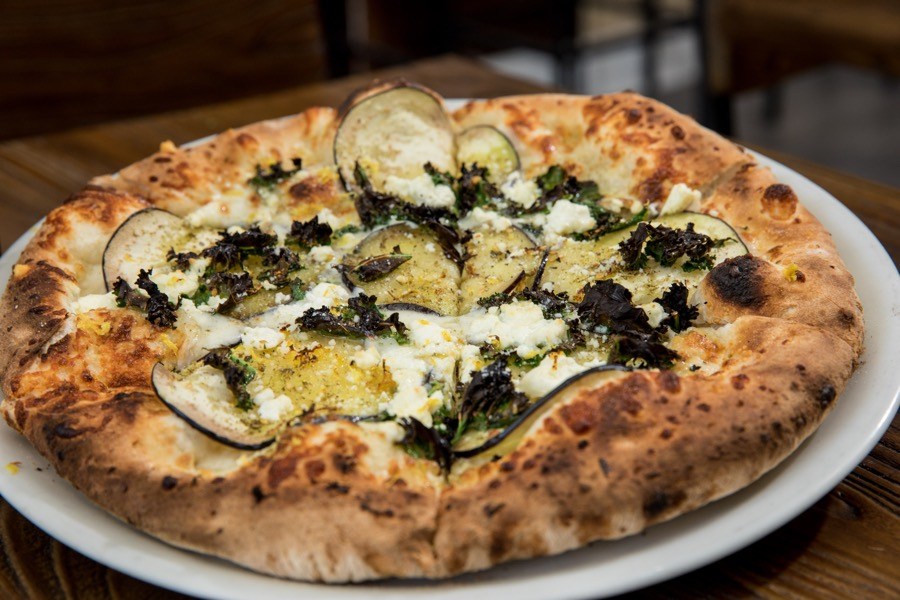 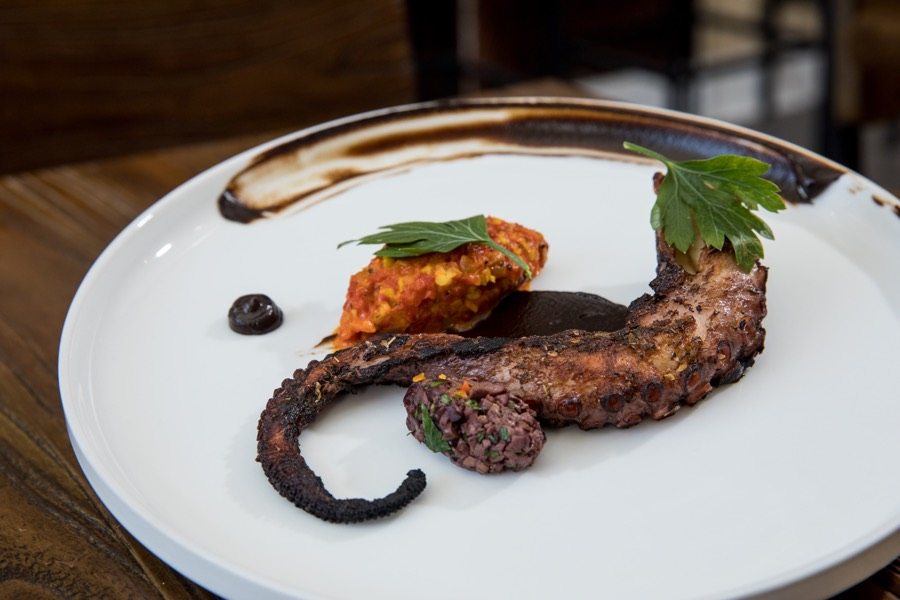 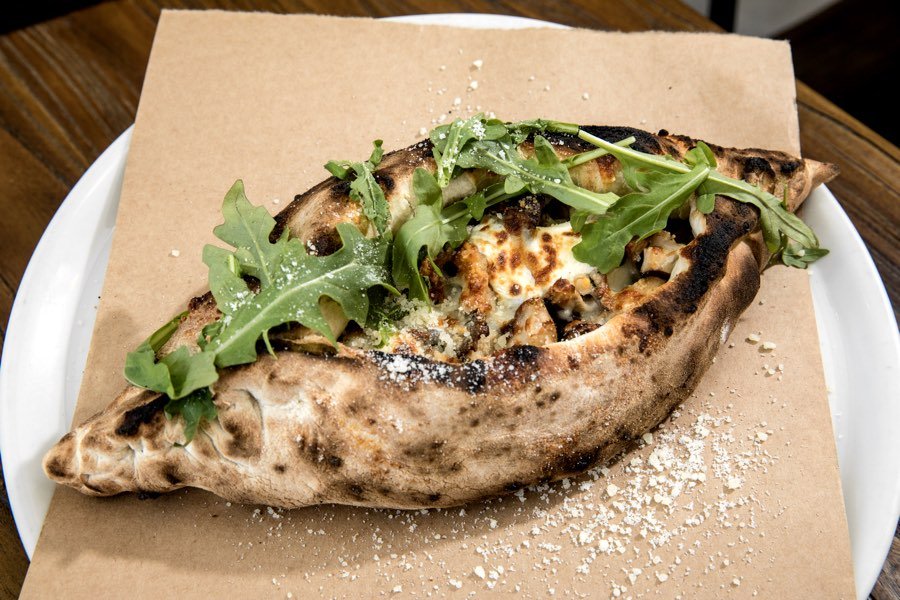 Stina is located at 1705 Snyder Avenue. Check out the full menu below (click to embiggen). Make reservations here. 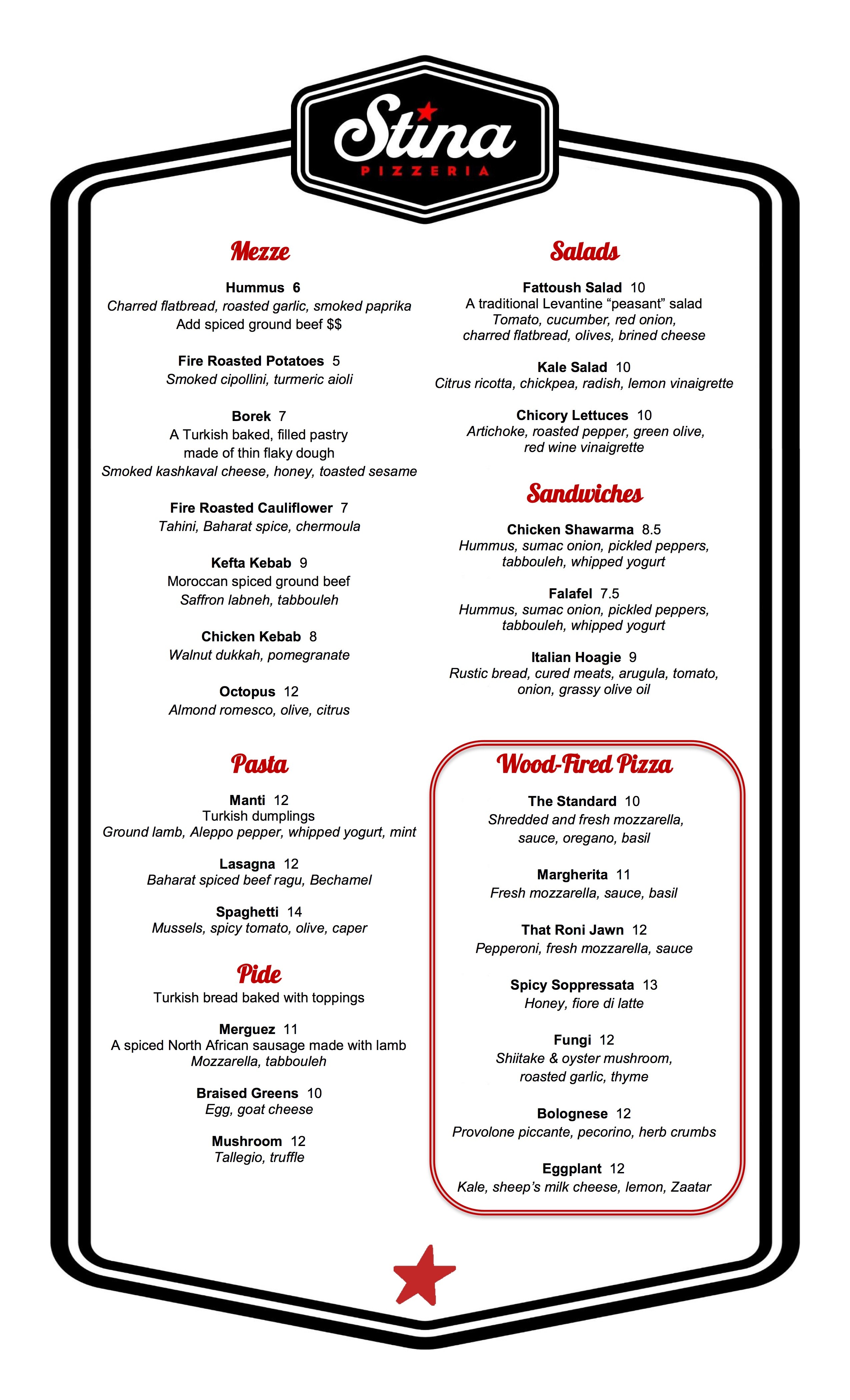