Bobby Saritsoglou Is Back With His Own Restaurant in South Philly

He and his wife, Christina Kallas-Saritsoglou, will open Stina, a Mediterranean BYOB on Snyder Avenue. 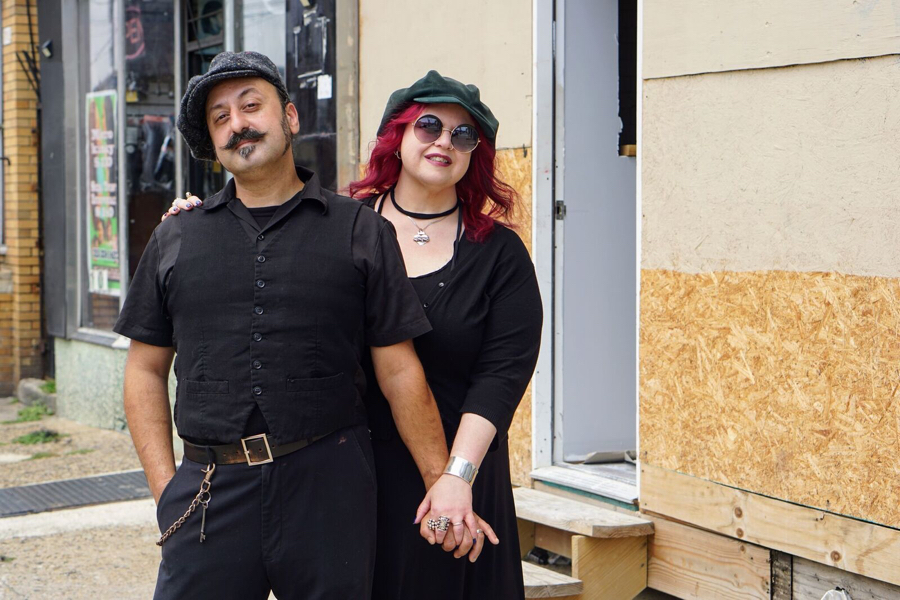 Husband and wife Bobby Saritsoglou and Christina Kallas-Saritsoglou in front of their new restaurant, Stina.

Just about a year ago, chef Bobby Saritsoglou left his post at Opa. He wanted a change of pace, he said, and a break from cooking Greek food. And he wanted to open a place of his own.

But, boy, when he was at Opa? It was good. Like, 50 Best–good. Soulful, elevated, smart, personal, it was everything you wanted out of a restaurant these days.

But he left to do his own thing. He bopped around Philly, working in kitchens here and there (currently, he’s working alongside Chris Kearse at Will BYOB) and, at the same time, getting everything together to open a restaurant with his wife Christina Kallas-Saritsoglou, co-founder of Philly Aids Thrift (more on her here).

Stina (named after Bobby’s nickname for Christina, of course) is their new Mediterranean BYOB at 1705 Snyder Avenue, just a block off West Passyunk Avenue in Newbold. The 28-seater will boast a wood fire oven imported from Italy and a simple menu of pizzas, pastas, roasted meats and a healthy selection of seasonal, local produce. Christina, ever the thrift junky, will outfit the space with gems sourced from local flea markets and vintage shops — something evocative of their own kitchen and living room at home. A potion of the restaurant’s sales will go to a rotating selection of charities that benefit Philly neighborhoods.

“Stina is in the middle of so much culture, neighborhood character and history,” said Bobby in a statement. “We are thrilled to join new and old businesses around us, like Miss Rachel’s Pantry, the International Gourmet Market, ARS Brewery, Cafe Naan, La Mula Terca, and Thirsty Souls, which have been life-giving to some of these forgotten blocks.”

The plan is to open in late October/early November. They’ll do lunch and dinner, Tuesday-Saturday to start, and brunch will likely follow once they’re comfortable in their new digs.