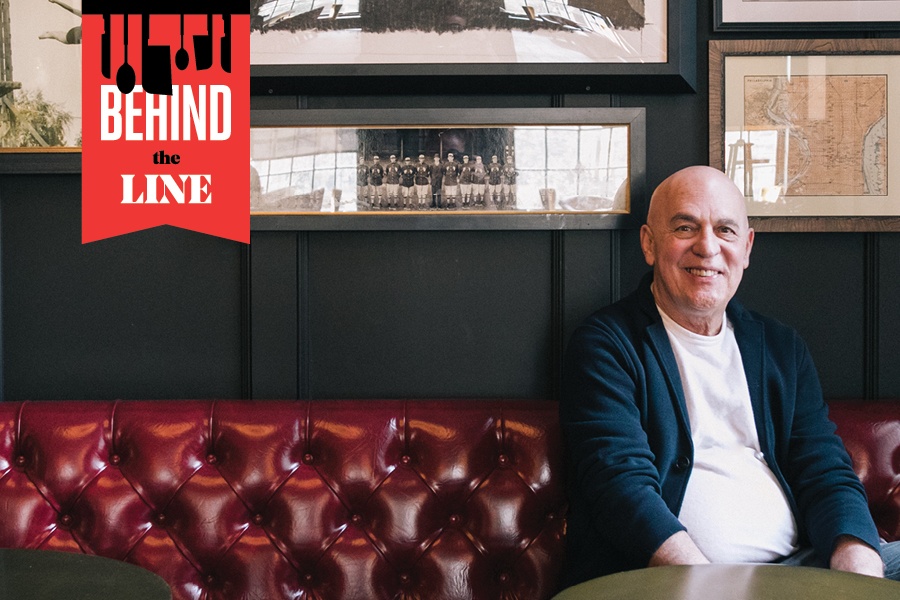 Norristown native Phil Scotti owns eight PJ Clarke’s in New York City, Washington D.C., Brazil and right here in Philadelphia, where he opened a PJ Clarke’s in the Curtis Building on Washington Square last September. Here, Scotti tells us all about it.

My full name is… Philip Scotti. My middle name is, like all good Italian boys, Anthony.

These days, I live in… Philadelphia for five days a week, above the restaurant in the Curtis Building. And the rest of the time, I’m usually on my farm in Millbrook in Dutchess County, where we raise Boer goats, Poitou donkeys, and ducks. 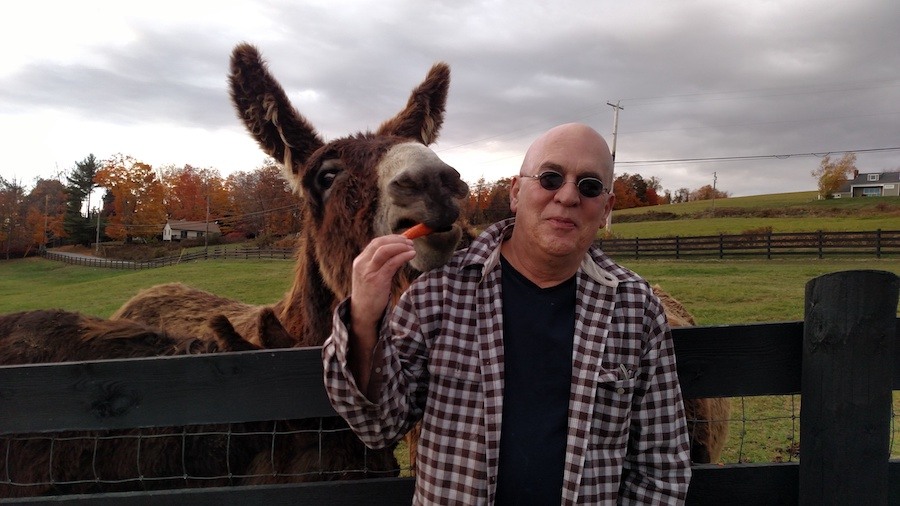 My first job in life was… as a cart boy at Genuardi’s in Norristown when I was 14. It was in the Swede Square Shopping Center, which happens to be where I opened my first restaurant, called Jem. It’s still there. I sold it to my chef, and he still has it.

Since Jem, I’ve opened… 18 restaurants. Not all of them exist now, but that includes all of the PJ Clarke’s and then I own Barbuto with Jonathan Waxman in New York. We plan to bring that to Philly in the next couple of years.

I’ve owned PJ Clarke’s for… 16 years. PJ Clarke’s is 135 years old. When I first moved to New York, somebody introduced it to me and it was my standard first date place. I got to know everyone there and I eventually managed to buy the original one and open two more there.

The idea to open a PJ Clarke’s in Philly started with… Governor Rendell, who comes into the New York restaurants. He invited me to Philadelphia and introduced me to a friend of his who was a real estate broker and we started looking. I like places with history and good bones, and the Curtis fits that bill to a T.

My favorite menu item at PJ Clarke’s would have to be… our oyster service. We are one of the largest buyers of oysters in the mid-Atlantic states. They are so fresh. I can call Fishers Island at 4 in the afternoon and place an order, they harvest them at 5 or 6 the next morning, and I have it the next morning by UPS.

But PJ Clarke’s is probably best known for its… hamburgers. I was on my first cattle farm when I was 12. I know a lot about beef. We don’t take any chances. Right now, we are getting from the Mennonite in Pennsylvania and Ohio. The Mennonites know how to do it.

The trick to opening oysters is… a strong wrist.

My secret fast-food obsession is… the Chick-fil-A spicy chicken sandwich.

The toughest thing about this business is… labor. There are very onerous laws that work against hospitality. OK, so waiters on average companywide for me make about $32 per hour in tips plus whatever the minimum wage is. With these new minimum wage laws, those laws were put in place to protect non-tipped employees, and so to make up the difference, what you really have to do is reduce labor. You can’t just change the price of a burger to $30.

The most famous PJ Clarke’s diner has been… Mick Jagger. But we have a lot of regular customers who are well known. We just don’t announce them. Timothy Hutton is one of my partners. Liza comes in all the time.

The secret to running a good restaurant operation is… understanding that restaurants are not only about great food and beverage. We are the original social network. Two women come in to complain about their boyfriends. Eight coworkers come in to celebrate a deal. Two couples show up for dinner because it’s a convenient place to meet. And what they all have in common is that they have a need to be social outside of their everyday doings.

Philly is different than New York for us in that… in New York, you have loud money, and in Philadelphia, you have quiet money. New York has become a gated community. It is too expensive there for true diversity to thrive. Philly is its whole own other thing.

My favorite restaurant I’ve found here is… Friday Saturday Sunday. I love the owners. The wife works the floor. The husband is the chef. They have some of the greatest hospitality in Philadelphia. And, of course, I love John’s Roast Pork.

When I hear people complain about us being a “chain” restaurant… I say we are not a chain. I hate that term. I own all of the PJ Clarke’s. We pick where we want to be. We find great locations. This is an urban concept. It doesn’t go into King of Prussia Mall.

If Donald Trump came in for lunch… I wouldn’t let him in. My farm is close to where his brother lives, and his brother called and said he wanted to throw himself a birthday party at PJ Clarke’s, and I said that I had to be sure that his brother — Donald — wouldn’t come. So they canceled the party.

If you want to work at PJ Clarke’s, you have to be… innately hospitable. It’s not something you can teach. Either you got it from your mother or your father or you didn’t. I can’t teach it to you.

The next big restaurant trend is going to be… a move against fast-casual and back to more traditional restaurants.

If you tell me you want to open a restaurant… I will probably, in the end, tell you not to do it. Listen, if you think that your friends are going to come in and fill your tables and make your restaurant a success, they won’t. If you think that you can open in some podunk part of town and people are going to flock to you as a destination, they won’t. You can be the brightest guy on Wall Street, but if you don’t have a sense of hospitality and the ability to motivate and define a culture you want to propagate, you’re lost.

Ed. Note: This article has been updated to correct the name of location of the restaurant Jem.