Flow State Coffee Bar's Pizzelle is "going to be the most luxurious ice cream sandwich you ever had." 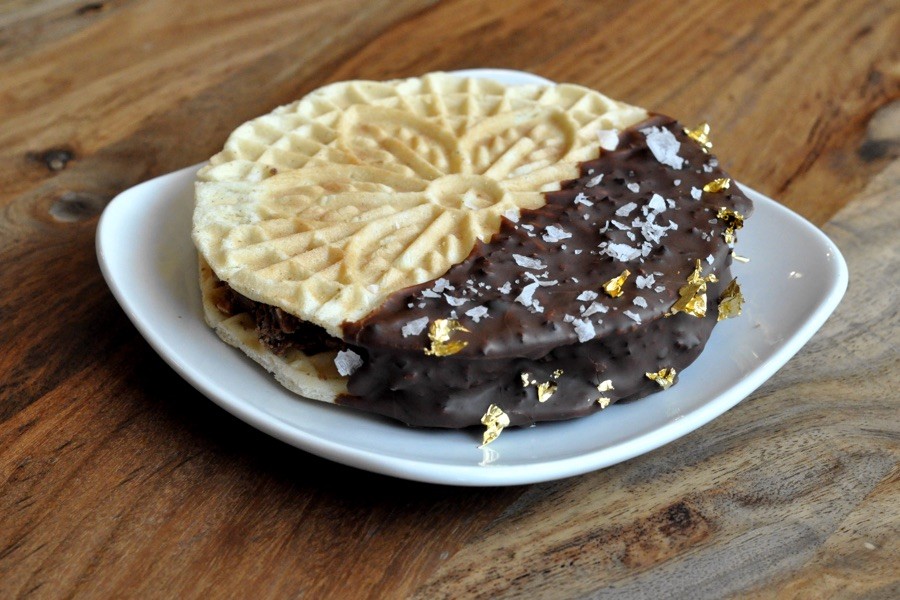 Kensington’s Flow State Coffee Bar is unique not just for its reserve-ahead co-working stations or the massive, kaleidoscopic mural inside the cafe. It’s also co-owned by Melanie Diamond-Manlusoc — who, back in Chicago, was one of city’s top pastry chefs, turning out inventive, high-end desserts like gelato inspired by the flavors of Thanksgiving dinner at spots like the Michelin-starred Spiagga.

Back in 2015, she sought to create a fun, portable treat made from sophisticated, high-quality ingredients like a plated dessert at a Michelin-starred restaurant would be.

“I wanted to make something special, reminiscent of my experiences with desserts in Italy,” Diamond-Manlusoc says. “You have dinner at home, then go to the piazza, grab something portable like gelato, and walk around town.”

Now that she’s embarked on a new chapter in Philly, the chef wanted to refine her signature dessert, which was declared “life-changing” by one city magazine.

And it is indeed special: The pizzelles are flecked with vanilla beans from Madagascar vanilla pods that cost $3.50 a pop. The vanilla bean gelato in the middle is loaded with vanilla sugar and vanilla bean paste (it takes eight of those beans to make a batch). Diamond-Manlusoc presses an almond feuilletine crunch (a confection made from crumbles of crisp crêpes Dentelles, hazelnut chocolate from Amedei Tuscany, an Italian woman-owned chocolate company, and slivered almonds) all around the exposed surfaces of the gelato.

Half the sandwich gets dipped in a blend of 65 percent dark and caramel 35 percent milk chocolate from Felchlin shot through with bits of cacao nibs. Once it’s dipped, Diamond-Manlusoc sprinkles flaky, crunchy Maldon sea salt onto the still-molten chocolate.

The pièce de résistance? Eye-catching bits of gold leaf delicately applied to the chocolate-dipped portion. “That’s how you know this is gonna be the most luxurious ice cream sandwich you ever had,” she says. 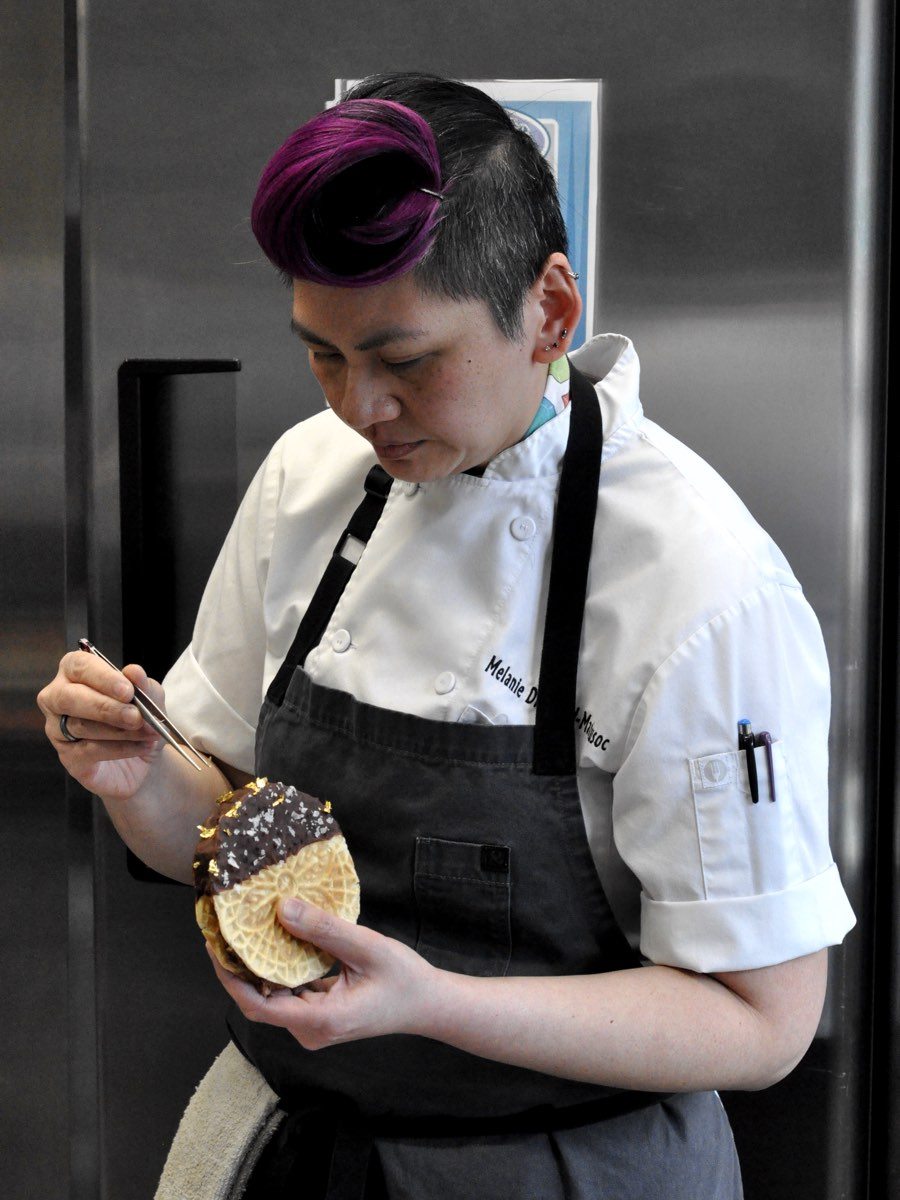 If that sounds like a lot, it is — and in the best possible way. Luxe as the Pizzelle might be, it isn’t too sweet, thanks to the dark chocolate. If you’re feeling overwhelmed by all the confectionery bling on its dark side, you can head over to the light side for a few bites. There’s sweet and salty, light and rich, crunchy and creamy, all in one beautiful, portable treat. It’s all about balance, you know?

Flow State’s Pizzelle will be priced around $12 or $13, and you can get it starting on Saturday, February 23rd. Diamond-Manlusoc’s goal is to sell 40 of the extra-special sandwich by February 27th — her 40th birthday. Proceeds from sales of the treat will be used to fund the purchase of special molds that the chef will use to produce another portable, high-end dessert she makes called the Cakesicle (we already want one).

So go try one of Flow State’s Pizzelles when they drop next weekend — it’s in all of our best interests. And check out themusic video that Diamond-Manlusoc made with Flow State co-owners Liz Diamond-Manlusoc and Maggie Lee — it’s a nearly shot-for-shot remake of Boyz II Men’s “End of the Road”! — to celebrate the Pizzelle below.