Pierogi Hoagies, $2 Martinis, and Other Great Things to Eat and Drink in Philly Right Now

The menu items you need to try, ranked. 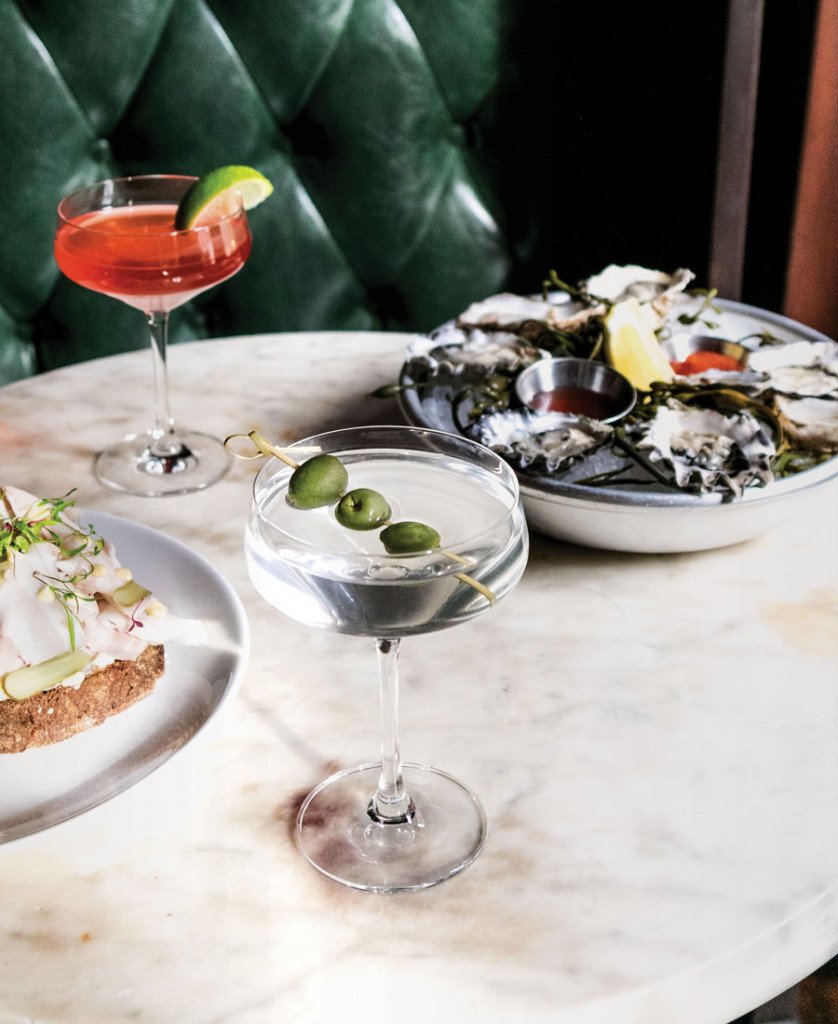 These are this month’s must-try philly dishes. Photograph by Claudia Gavin

Drinks you can buy for $2 in 2019: an off-brand bottle of “spring” water, an okay cup of coffee, half of a 40. Or an expertly mixed martini at Nick Elmi’s brasserie during lunch. Pair it with a burger and call it a day. 52 South 2nd Street, Old City.

It’s tempting to counter-order at Greg Vernick’s sorta secret spot in the new Comcast tower. But sit in the dining room so you can experience the highly civilized tableside spectacle in which a server carts over tools and goes all Walter White on your single-origin cup of joe. 1800 Arch Street, Center City.

If you heard rosé was strictly for summer, you’ve been misinformed. This Atco, NJ-based vineyard’s Leda is a dry pink with enough backbone to stand up to the hearty winter pastas at Porch & Proper (which while technically a BYO has a list of bottles you can buy right there). 619 West Collings Avenue, Collingswood.

It’s a mouthful — get it? — but you’ve never had Greek spinach pie the way chef Spyro Tsibogos serves it at his new gyro eatery. Made by his mother using a closely guarded secret family recipe, it’s rustic deliciousness. Call ahead to make sure they’ve got it — she can only fold up the phyllo dough so fast. 1134 South 9th Street, East Passyunk.

If we collectively agree it’s normal to eat lobster on bread, why not the swankiest cut of steak? At this newly opened Main Line spot, get a Black Angus filet atop white cheddar mac or tucked inside a grilled cheese. Or, if you aren’t a child, go straight-up beef on a bun. 111 East Lancaster Avenue, Paoli.

7. The Swizzle at Wawa

The mother of all Wawas, now open at 6th and Chestnut, has several features no other outpost shares, including a lineup of fountain beverages that goes well beyond Diet Coke. Get the Swizzle — a bougie blend of apple cider vinegar, ginger and maple syrup. 150 South Independence Mall, Washington Square West.

A veritable matryoshka doll of carbs, the pier-oagie (because man, that’s a missed opportunity) is potato dumplings on a roll, layered with sour cream and fried onions. It’s a solid option when marathon carb-loading or hibernating for the winter. 2546 East Lehigh Avenue, Port Richmond.

Published as “The Menu” in the February 2019 issue of Philadelphia magazine.