Lou Boquila doubles down on Filipino flavors with Sarvida, a smooth, balanced Fishtown sequel to Perla. 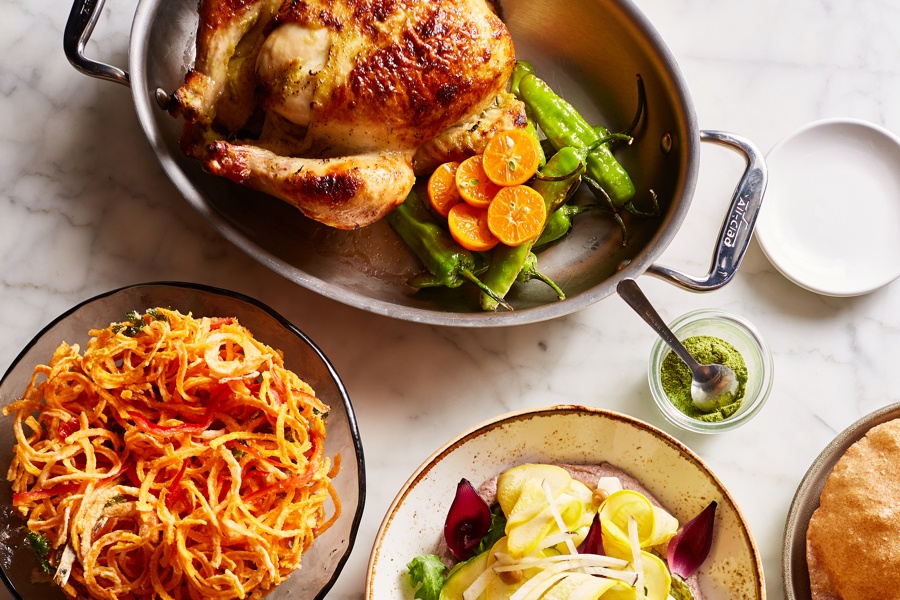 Dinner at Sarvida | Will Figg

You have to be in the mood for scrambled eggs and eggplant.

No, you’ve got to be looking for comfort. For warmth, inside and out. You’ve got to come in on a cold night and sit down in the spare, polished, minimalist dining room wanting something smooth and soft, both familiar and unusual at the same time. You have to not flinch at the odd combination — salted, soft scrambled eggs over a puree of eggplant, with the sweet-bitter accompaniment of little heirloom cherry tomatoes — and want to be surprised that something so simple and so wantonly rich and delicate can also be so thoroughly satisfying.

Order This: Tortang talong and chicharrones on every visit. The lechon manok if you’re sharing with friends.

Boquila and his crew at Sarvida have done two remarkable things with this single dish. They’ve made a gray food (eggplant puree) appetizing, which is a nearly impossible lift for any kitchen. And they’ve taken a dish that’s pure, unadulterated Filipino comfort — what is most traditionally a roasted eggplant omelet, served with last night’s leftover rice and maybe some ketchup — and turned it into a deconstructed and upscaled avatar for the potential of Filipino flavors. 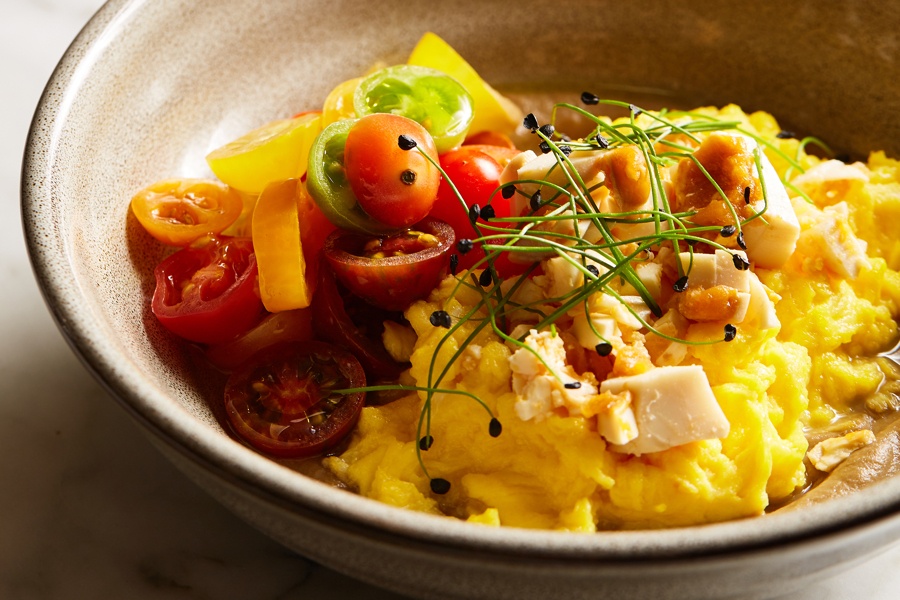 Look, right now our city is going through something of a boom in Filipino cuisine. There’s Perla, Boquila’s original spot in South Philly, with its fancied-up à la carte menu and killer party-style Kamayan dinners where everything is set out on tables covered with banana leaves. There’s Lalo in the Bourse, offering fried rice, Filipino hot dogs, lumpia and meat on sticks.

And now Sarvida, which Boquila is using to close the distance between the strip-mall market/restaurants where Filipino food has lived around here for a long time and the gussied-up traditionalism that Perla traffics in when it’s not serving the mobs mounds of jasmine rice and roasted Berkshire pork belly.

Here, he’s doing bowls of crisp and crackling chicharrones scattered with crumbled kesong puti (a Filipino farmer’s cheese — like paneer, but more acidic and sour) and scallions for brightness. On one night — the night I didn’t order the tortang talong — I ate ukoy, a fritter made of fried sweet-potato curls and shrimp and splashed with a stinging palm vinegar (which also works quite nicely on the chicharrones).

The menu is short, tight, controlled. The smaller plates showcase Filipino classics reimagined by a chef who knows how to balance traditionalism with modern presentation and ingredients (a skill practiced at Perla, codified here), the larger plates leaning more in the direction of sharing and excess. They’re eat-with-your-hands dishes in a knife-and-fork dining room, which I like — that juxtaposition, that push and pull between gluttony and decorum. The giant pork knuckle, for example — roasted and crispy at the skin, drooling fat into the smooth creamed leeks below — demands to be attacked in hand-to-hand combat. You have to pull it apart with your fingers, throw the chunks and scraps into the rice, spoon up some leeks, eat it all together. The lechon manok? Same thing. A whole chicken arrives with its feet still attached, surrounded by charred and blistered Padrón peppers and halves of calamansi — bright little citrus fruits native to the Philippines.

There were nights when this plate smelled like Froot Loops from 10 feet away — like citrus and lemongrass, all laid over the smell of meat and buttery fat. You squirt juice over the crisp skin and rip into it, tucking pieces in among the rice, taking bites of the peppers for heat and spice. 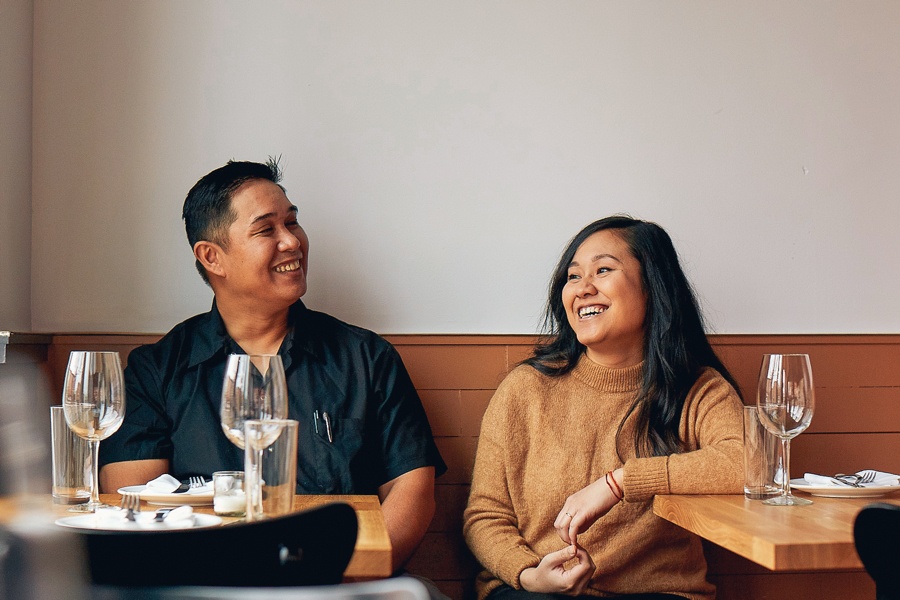 Sarvida owners Lou and Linda Boquila | Photo by Will Figg

But Sarvida has some consistency issues, because there are other nights when this doesn’t happen. When the kitchen forgets the salted egg on top of the tortang talong or the chicken is just a chicken — nicely roasted, sure, but missing a little of its magic. And the danger is, when you’re working on such a tightrope — when the margin between the success and failure of a simple dish is a pinch of salt, a squeeze of lime, the forebrain zap of lemongrass under the skin of a roasted chicken — the fall on either side of perfect is perilously long.

Sarvida gets it right most of the time — the tug-of-war between traditionalism and modernity, between comfort and art. But when it fails, and you’re left on a slow Friday night facing down a chicken that just tastes like chicken, and rice going cold in the bowl, the wonder of what Boquila is attempting here gets muddled. It becomes just another restaurant offering the flavors of home to strangers.

Fix that, though, and Sarvida can carry the banner for modern Filipino in Philly any day.