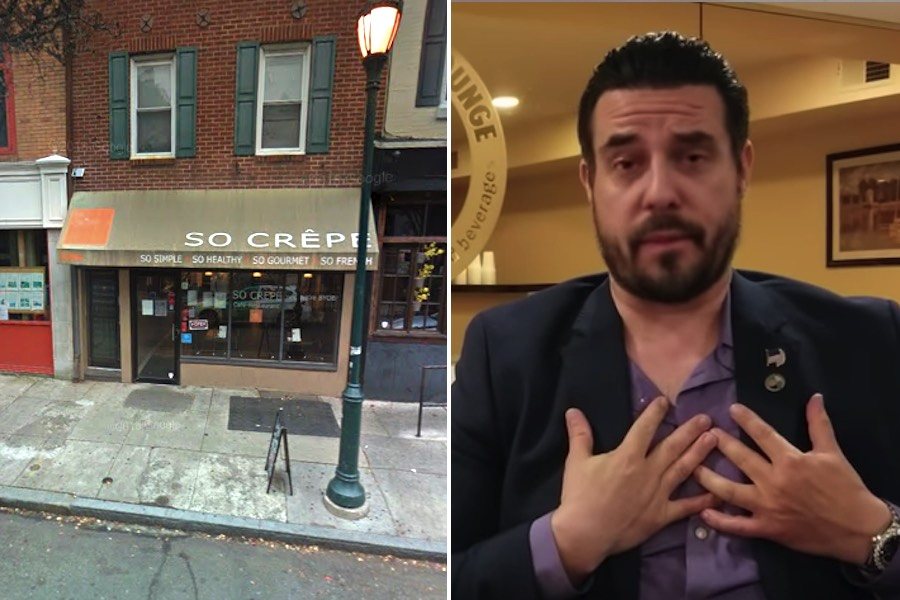 We’ve been sitting here trying to figure out if South Philly chef Michael DePasquale would still open his restaurant at 1506 South Street in light of all the bad press he’s received over the last week after he claimed to be, among other things, Anthony Bourdain‘s close friend and a U.S. Marine. Well, it appears that we have our answer.

Sources familiar with DePasquale’s deal to debut the flagship location of a diner chain — one that he said Bourdain was to be a partner in before his death earlier this year — in the space last occupied by So Crêpe say that the whole thing has evaporated, like so many of DePasquale’s claims. According to the sources, who asked to remain nameless, the lease agreement has been terminated.

We first heard about DePasquale’s plans to open the Broadway New York Cheesecake Company there, across from Bob & Barbara’s and next to the Cambridge, when the 70-year-old South Philly Review community newspaper decided to publish this bizarrely unbelievable and since-debunked-by-us profile of DePasquale on December 10th.

When we spoke with DePasquale prior to publishing our first story on him, he told us that Bourdain was a huge fan of his cheesecake and that the world’s most famous chef was to be a partner in the diner, which would sell Jewish deli staples and DePasquale’s cheesecake, of course. He hoped to open the restaurant in February.

Here’s an interview we found on YouTube of DePasquale talking about his “phenomenal” (his word) cheesecakes:

And while DePasquale might not have the highest credibility, and while the Marines say they’ve never heard of him, it appears that there might be some truth in his fascinatingly off-the-wall story: DePasquale’s cheesecake might just be really, really good.

“It was out of this world,” says one of the sources close to the Broadway New York Cheesecake Company deal. “But then again, I can’t even say that he made it, in retrospect. It came in a box. Who knows where it came from?”

No word on what DePasquale’s plans are now that he’s lost the South Street location. He’s not talking to us.