Neighborhood Ramen Is Going Brick and Mortar in Queen Village

The former pop-up will serve several styles of ramen plus donburi and Japanese sides at their new shop. 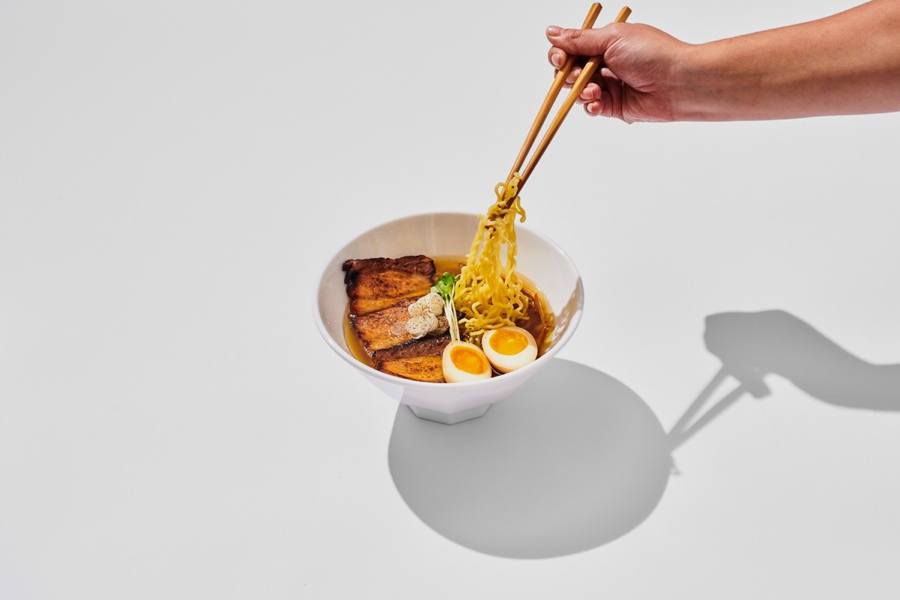 Neighborhood Ramen, which originally operated as an Instagram-based pop-up, is putting down roots in Queen Village.

Owners Lindsay Steigerwald and Jesse Pryor have secured the storefront at 617 South 3rd Street, formerly occupied by Italian spot Karina’s and right across the street from Ox Coffee. Between the two of them, Steigerwald and Pryor are alums of Cozara, Cheu Noodle Bar, Zahav, and Morimoto; they’ve spent the past year researching ramen served across the U.S. and Japan and looking for the perfect space in Philly.

The 20-seat BYO will offer counter service, with a tight menu of ramen bowls, small-scale donburi (rice bowls they’ll dress up with chicken, pork, or veggies), and sides like cabbage salad, shishito peppers, gyoza, and pickles.

Ramen styles will include shoyu (flavored with soy sauce), shio (flavored with salt), Hakata-style tonkotsu (made with a pork bone broth), and tantan (spicy), as well as a mushroom-based vegan version. Once a week (on Saturday or Sunday), they’ll also serve time-intensive tsukemen, which consists of a thick, saucy, strongly-flavored broth in which to dip cold noodles that are served separately.

Hours will be roughly 5 p.m. to midnight Wednesday through Friday and 11 a.m. to midnight Saturday and Sunday, closed Monday and Tuesday. Steigerwald and Pryor are shooting to get the doors open before the end of the year.