The only way to score a bowl was through DM — until now. 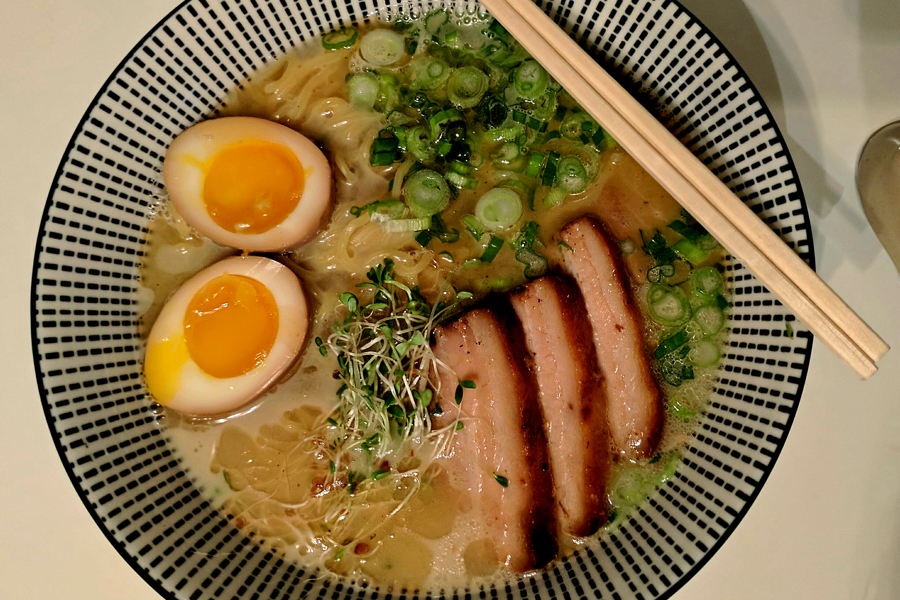 The itinerant soup chefs are Lindsay Steigerwald, a front-of-house veteran of Philly Japanese restaurants who’s currrently behind the bar at University City izakaya Cozara, and Jesse Pryor, currently in the kitchen at Cheu Noodle Bar.

Steigerwald, who is half Japanese, grew up with the cuisine, while Pryor discovered a love of ramen while working in the kitchen at Zahav and then moved over to Morimoto to work with Japanese ingredients.

Until recently, the only way to score a seat at their secret pop-ups was through DM. But on Monday, December 11th, they’re is taking over the kitchen at Garage Fishtown.

Check out the menu for Monday’s pop-up below, and score a bowl at Garage Fishtown starting at 5 p.m. and going till it’s gone.