Marc Vetri Is Now a Partner in Primal Supply Meats

And they're planning to open a new production facility and culinary space sometime next year. 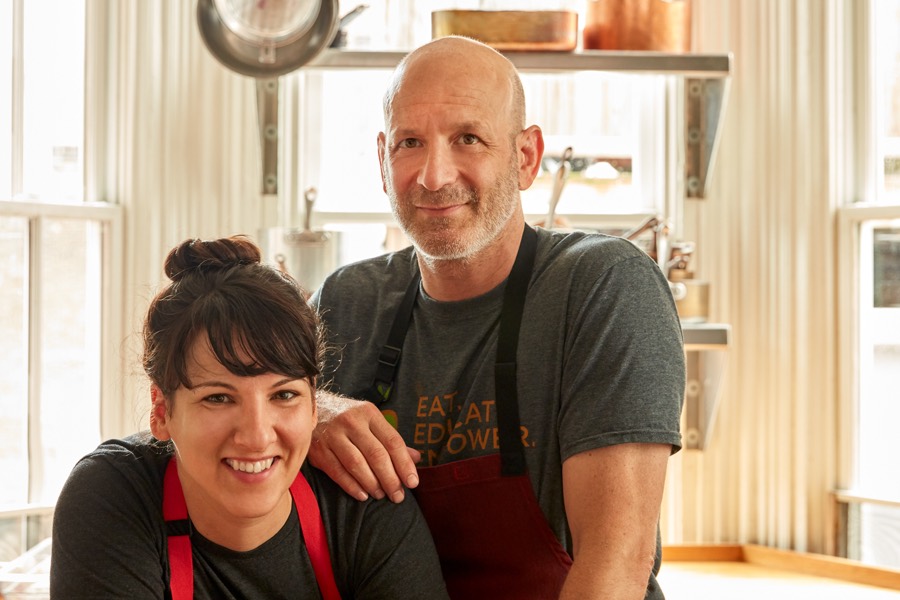 The celebrated chef and restaurateur is now a minority owner in butcher Heather Thomason’s business, with an eye to supporting Primal Supply as it builds a new headquarters in the city next year.

“I’d gotten to a point where I’d realized that bootstrapping wouldn’t take us much further without additional financial security,” said Thomason. “Having the opportunity for Marc to offer those resources and put us in the direction we want to go is pretty exciting.”

Thomason began Primal Supply with its CSA-style Butcher’s Club for households and a wholesale program in 2016; Vetri was one of her first chef customers. She opened the retail space on East Passyunk Avenue this past spring.

“[Among meat purveyors], everyone’s so large and so focused on saving 50 cents here and there, and Heather was always about the animals and sourcing — it was refreshing,” said Vetri. “I want to be involved with young, hardworking folks who have the same sort of ambition and thought process that I have. We meshed right away.”

During Thomason’s crowdfunding campaign to support the opening of the butcher shop, Vetri reached out to her about her plans for future growth.

Until now, Thomason has been the sole owner of the butcher shop. “One of the things I liked about Marc’s take on all of this is that it’s still very much my vision — he’ll be as involved as I want him to be,” she said. “As much of an honor it is for someone like Marc Vetri to want to support and invest in our business, I wanted to make sure he wanted to truly support me in moving forward.”

Since the early days of Primal Supply, Thomason has been working out of a facility just outside Philly in Yeadon, sharing space with bacon and charcuterie maker 1732 Meats. As she worked towards the goal of opening up a retail space in the city, she also set her sights on finding a larger production space of their own to serve as the growing startup’s home base, a facility where the business could expand and her team could work more efficiently. In addition to production space and offices, Thomason plans to add a commissary kitchen and event space that will support culinary programming, from making value-added products to hosting collaborative dinners and pop-ups with chefs.

While he’s in the process of opening the first Vetri Cucina spinoff in Las Vegas, Vetri said he “[doesn’t] really need to open more restaurants. But I’ve been thinking about this for more than a year now, ever since the first time that Heather walked in here and we started talking about meat…I think this is kind of a niche that hasn’t been explored yet. So let’s explore it.”