7 Pennsylvania Cideries to Look for in Philly Right Now

From crisp scrumpy to hop-infused bottles, here are some of our favorite local makers and varieties — and where to get them in Philadelphia. 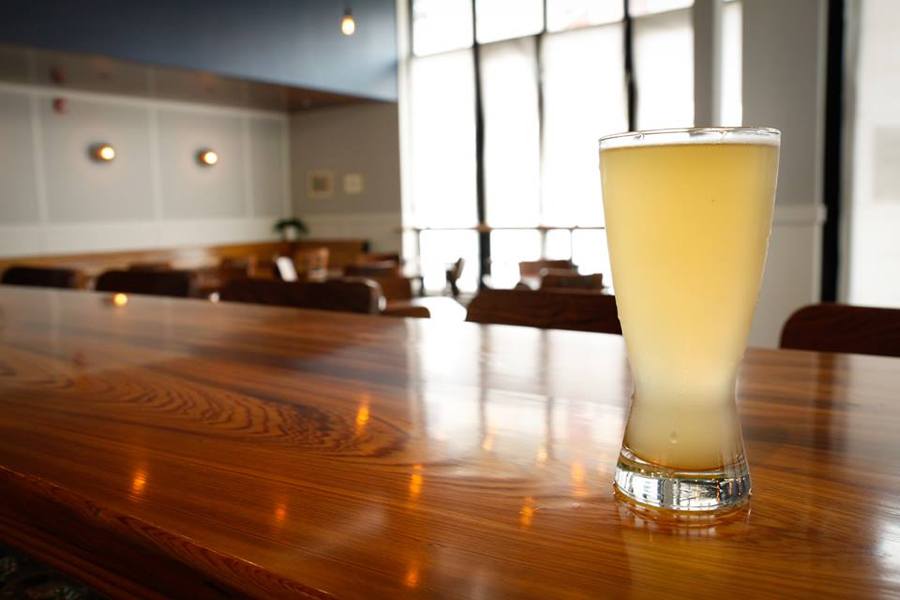 Our state is fourth in the nation when it comes to apple production, and more and more of those apples are being turned into hard cider. And now, Pennsylvania cider is gaining ground in Philly alongside the city’s booming craft beer scene. Check out some of our favorite local cideries below, complete with our favorite varieties and where to find them in Philly.

Hale & True
Made in: Bella Vista
Kerry and Risa McKenzie won our hearts (and a Best of Philly this year) with their subtle, dry and off-dry varieties served at their gorgeous tasting room, which opened earlier this year. Varieties on tap at their tasting room and cidery in the city include their straightforward Standard, Hail to the Hop (which gets its grapefruit-y punch from Citra hops), and the orange peel and wildflower honey-infused Li’l Sunshine — but your best bet is to order up a flight and taste them all.

Original XIII Ciderworks
Made in: Kensington
Owner John Kowchak was inspired by his grandfather’s time-tested cider recipe — informed by a childhood working on Central Pennsylvania’s fruit farms back in the day — to open his own cidery. Their American Street production facility and taproom, where you can taste their flagship Sir Charles semi-dry cider (named for that grandpa), grapefruit mead, and Commodore Perry, made with Asian pears and aged in oak, opened last year. 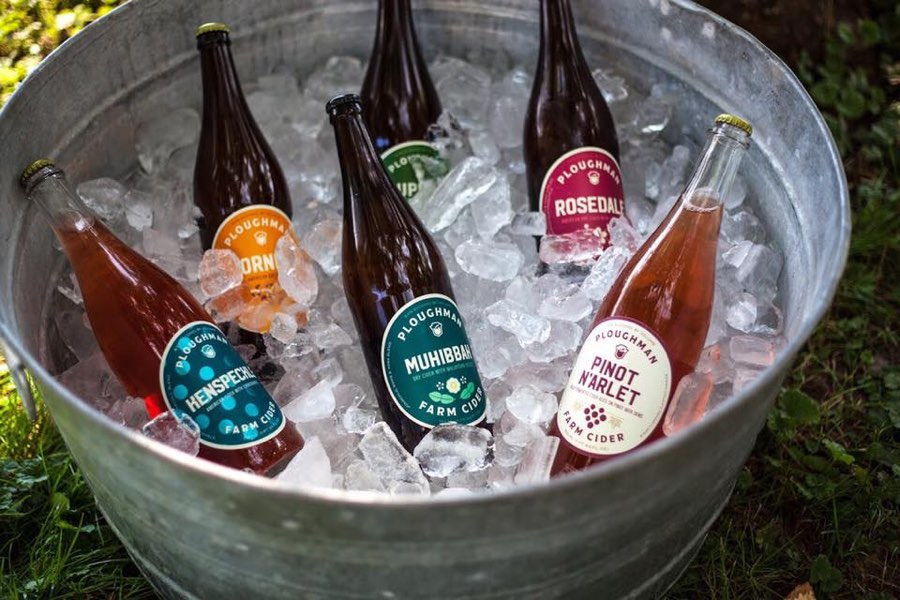 Ploughman Cider
Made in: Aspers, Central Pennsylvania
You might know Ploughman owner Ben Wenk from Three Springs Fruit Farm, the fifth-generation farm that posts up at Headhouse Square Farmers’ Market each Sunday with some of the best tree fruit the region has to offer. Great news: his hard ciders are just as delicious as his apples and peaches. Our favorite is the tart, rosé-pink Kenspeckle, boosted with aronia berries — but be sure to try Distelfunk, a sessionable, wild-fermented peach wine. Drink it at great bars and restaurants around the city or get your own bottles at 320 Market in Swarthmore, Bottle Bar East, Di Bruno Bros. at the Franklin and Rittenhouse, and several farmers’ markets.

Commonwealth Cider
Made in: Kensington
When the beer aficionados at Philadelphia Brewing Co. branched out into cider — one of the earliest makers in city limits to do so — they made just three types: their straightforward Traditional Dry, a potent, spicy version called Gregarious Ginger,  and (our favorite) the bright, ruby-hued Razzberet. We love that last one especially because it’s bracing and tart despite its infusion of fruit. You can always find it at the Philadelphia Brewing Co. factory store in Kensington. 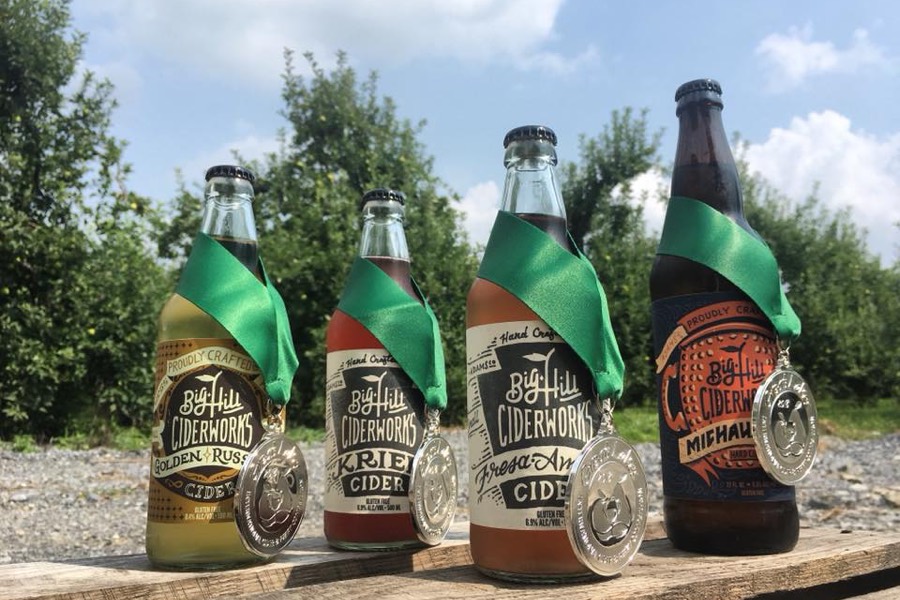 Big Hill Ciderworks
Made in: Gardners, Central Pennsylvania
This fruit-to-bottle cidery in Adams County took top honors at the Pennsylvania Farm Show’s cider competition this year, and they’re a great maker to follow if you want to deepen your palate and cider knowledge: in addition to modern varieties, Big Hill is known for its Heritage line — rare or single-variety bottles made with apples like Golden Russet, red-fleshed Dolgo Crabapple, and iconic English cider apple Kingston Black — and its funky, tangy sour ciders (their Marmalade, fermented with peach, honey, and orange zest, is one of our faves). Get Big Hill ciders at Bella Vista Beer Distributors, the Bottle Shop at Local 44, and Newbold Brew, or sip a pint at spots like Martha, Prohibition Taproom, and Hungry Pigeon.

Wyndridge Farm
Made in: Dallastown, Central Pennsylvania
After orthopedic surgeon Steve Groff was struck by a car while riding his bike, he and his family decided to make a change. They transformed their horse farm in York County into a brewery, cidery, and event space. Now, they make two perfect-for-fall varieties — their clean, crisp-tasting flagship Crafty Cider and their pleasantly tart, pink-tinged Crafty Cranberry Cider, plus seasonal varieties infused with ingredients like apricot and hops. Find them in the region at Wegman’s and Total Wine. 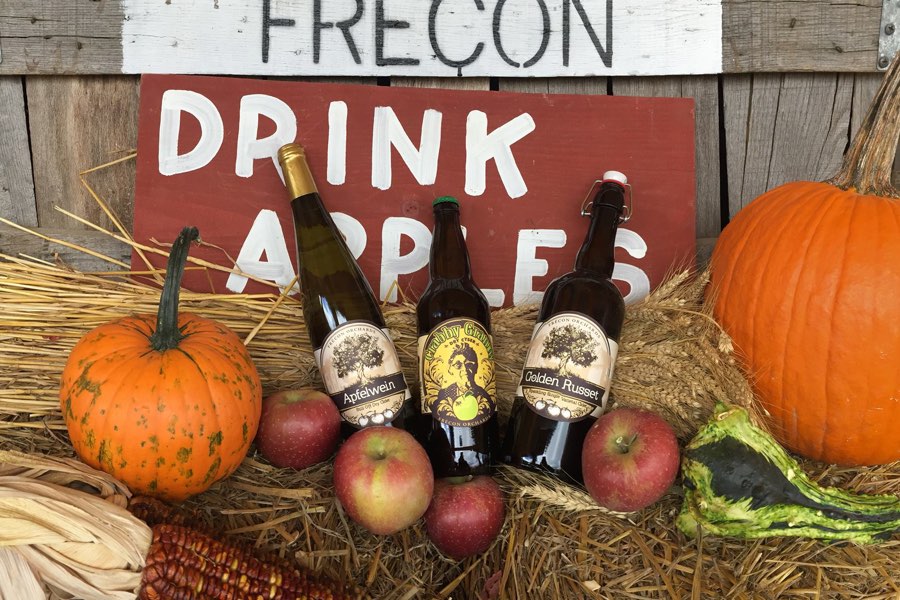 Frecon Cidery
Made in: Boyertown, Berks County
The Frecons are another farm family honoring their fruit the way the founders intended: by turning it into booze. From their bucolic orchards in nearby Berks County, they’re making some of the best ciders in the region. Try their traditionally made ciders that blend dessert (that is, eating) apples and cider apples (too bitter to taste but great for making alcohol). Grab a bottle of Crabby Granny, their dry, smooth, effervescent cyser (apple mead, fermented with honey) or try their single-variety Golden Russet still cider — earthy, with a hint of caramel, and perfect for fall. Find bottles at their stand at the Clark Park farmers’ market on Thursday afternoons in West Philly, or hit up one of their Saturday markets in Rittenhouse Square, Bryn Mawr, Malvern, Ambler, or Lansdowne.

Kurant Cider
Made in: Fishtown
Philly’s newest cidery opened on East Girard Avenue over the summer, but founder-owner Joe Getz had been making cider gypsy-style at suburban breweries like Round Guys and Free Will since 2015. Kurant brews a tight line of vinous ciders with something like an elemental focus: Bees is an off-dry variety sweetened with local honey, while the light, melon-y Earth gets a light, hoppy character from a Mosaic hops infusion. Look for cans of Kurant at bottle shops around the city or stop into the taproom for a six-pack — and keep an eye out for their Exploration Series, ultra-small-batch ciders made at the Fishtown facility.