Call it The Rooster, your friendly neighborhood Jewish deli. 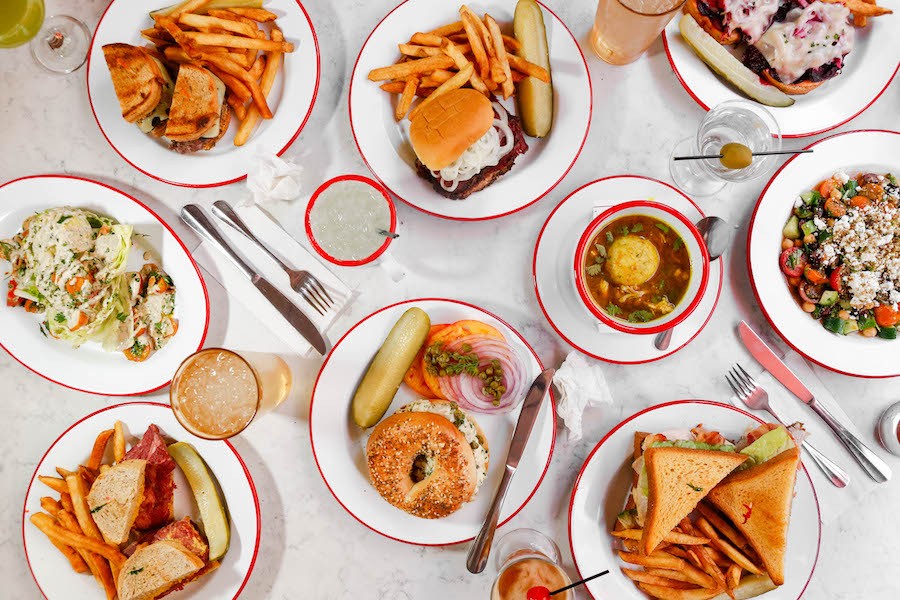 It was a big move for a chef who’d already left his own restaurant, Aldine, only at the end of January. We were given statements from both Sabatino and the CookNSolo team expressing their gratitude for their time working together, and that’s about it — except for a little teaser about some changes happening at the restaurant that were coming down the line:

“We have some exciting new things up our sleeve for Rooster – so stay tuned,” said CookNSolo’s representative. And right there, right under our noses, a clue.

As of this morning, Rooster Soup Co. — originally branded way back in 2014, when Michael Solomonov and Steve Cook, and their partners Tom Henneman, Bob Logue, and Felicia D’Ambrosio, first came up with the idea to open a soup-focused, mission-driven restaurant that used all the chicken bones and scraps that its sister restaurant, Federal Donuts, discarded — is now called The Rooster. And the new name comes complete with a new concept: The restaurant is now a diner-style Jewish deli.

Makes sense, right? Since it first opened in early 2017, Rooster Soup Co. has always had a bit of an identity issue. It was never really the soup-focused restaurant it set out to be — it had a small Southern accent under its original chef, Erin O’Shea, and when Sabatino took over, he cheffed it up a bunch — but all in all, it operated pretty much like a standard American (vaguely Jewish) luncheonette with burgers, shakes, and matzoh ball soup on the menu.

But with Goldie (an Israeli falafel shop) up above, and Abe Fisher (modern Jewish restaurant) and Dizengoff (a hummusiaya) just a block away, a Jewish deli menu fits right into the CookNSolo roster. Its new chef is Jarrett O’Hara, who worked in the kitchen since the restaurant first opened. Before Rooster Soup Co., O’Hara sous’d under Abe Fisher’s Yehuda Sichel (who, by the way, consulted on the new menu).

A note from Cook and Solomonov:

[Pt. 1 of 2] Five years ago we had an off-the-wall idea for a restaurant called Rooster Soup Company. The unused parts from Federal Donuts chickens would be repurposed into soup, which would become the backbone (pun intended) of Rooster’s menu. And, by the way, 100% of Rooster Soup’s profit would go towards funding the mission of our partner, Broad Street Hospitality Collaborative. Broad Street is an amazing place where Philadelphia’s most vulnerable citizens receive food, vital social services and the kind of radical hospitality that inspired this whole idea in the first place. Thanks to the support of over 1,500 Kickstarter backers, along with some private donations, a bank loan and a bunch of our own money, we opened the restaurant in January 2017. We did some things right and we did some things wrong. We adjusted as we went. When it was cold out, the restaurant was humming and we even made a little money. We managed to donate $16,000 to Broad Street during our first year, enough to cover the cost of about 7,000 meals. When it was warm out, the picture wasn’t as rosy. For some people, even thinking about soup on a hot day is enough to make them sweat. And even though soup was only a small part of our menu, it seemed to be keeping people away. Normally, when a restaurant is losing money, you don’t hear the owners talking about it in public. But Rooster is different.

[Pt. 2 of 2] We opened the restaurant as a kind of public trust. And with that trust comes responsibility. The whole point of Rooster is to funnel money back to Broad Street and make some small, tangible impact on relieving the suffering of our fellow citizens. So if we’re not doing that, then what the hell are we doing? And then it dawned on us – let’s just do it all over again. Let’s change the name, embrace our assets (good location, cool space, great community) and tailor our menu to what our customers want and that we can do really well. So let us introduce you to The Rooster: a new and concise menu of Jewish deli favorites with a twist – Yemenite Matzo Ball Soup; a Wedge Salad dressed with creamy tehina ranch, thick-sliced Hot Corned Beef on Jewish Rye, a Beet Reuben to knock your vegetarian socks off, Montreal Smoked Meat with Horseradish on a Martin’s Potato Roll, homemade seasonal pie, and fountain milkshakes. It’s the same great mission, now ready to rock twelve months a year! Welcome and thank you in advance for your continued support. Best, Steve Cook and Mike Solomonov

Other than that, nothing else has changed about the place. It still looks the same inside, still donates all of its profits to charity, still does happy hour and a bottomless brunch, and still has a great piece of pie on the menu.

Hours are the same: 11 a.m. to 8 p.m., Monday through Friday, with takeout and delivery via Caviar. 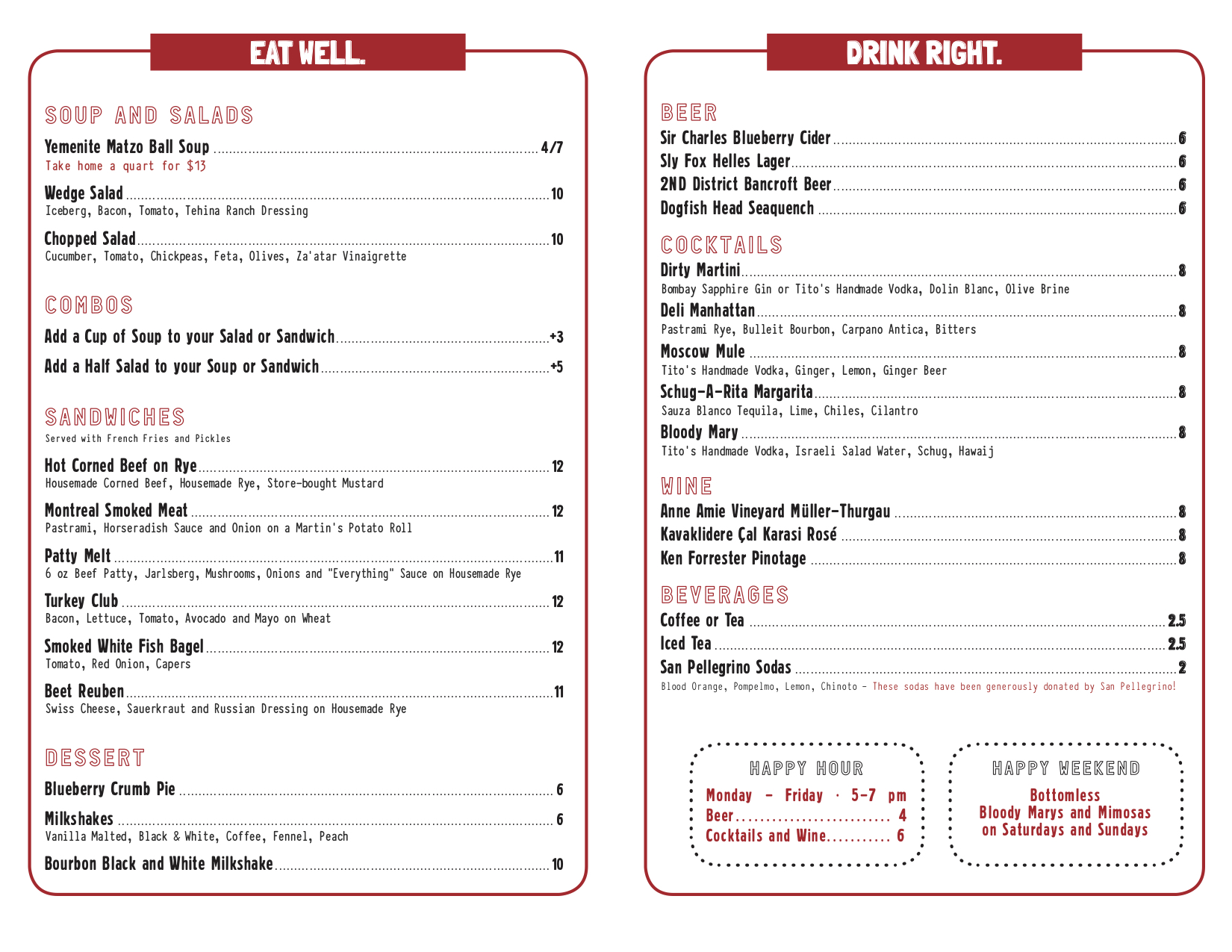 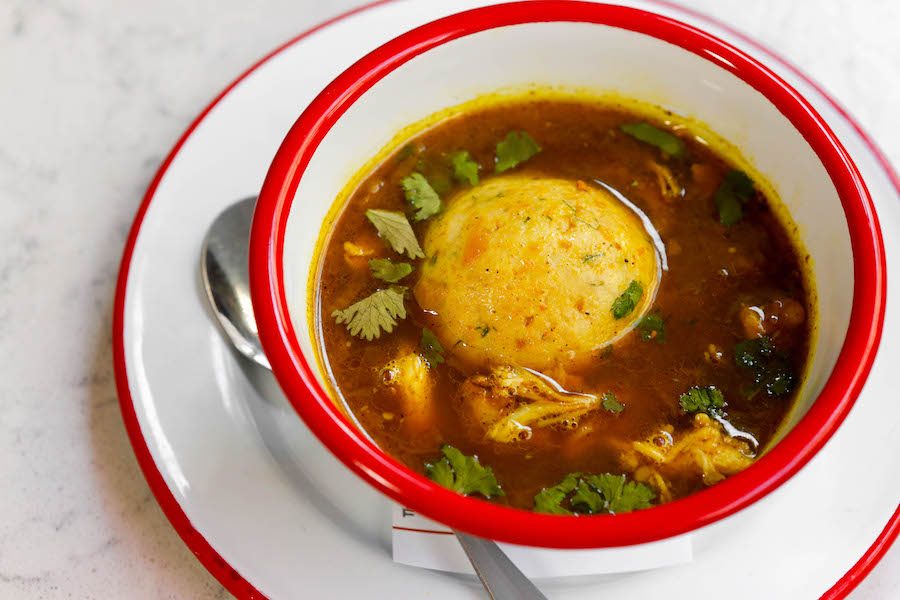 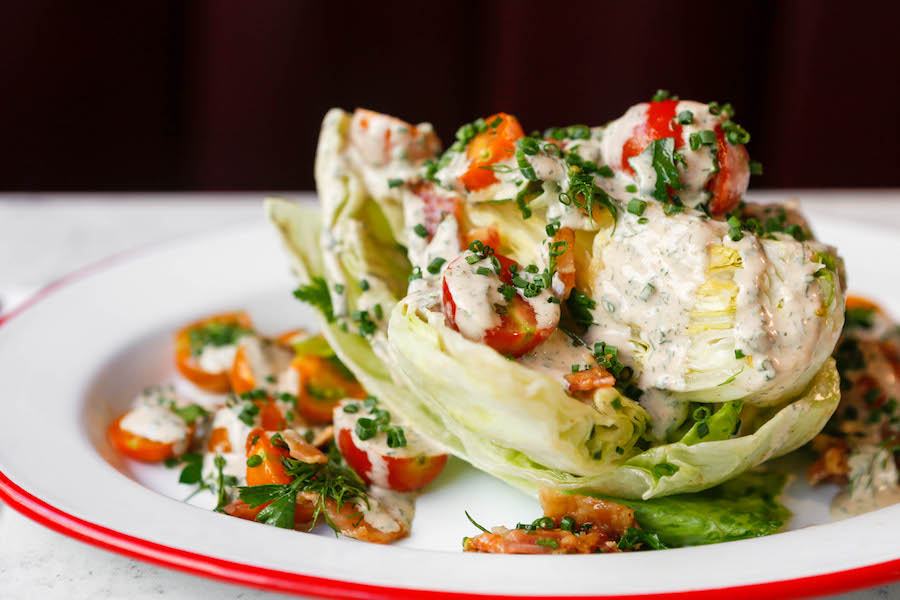 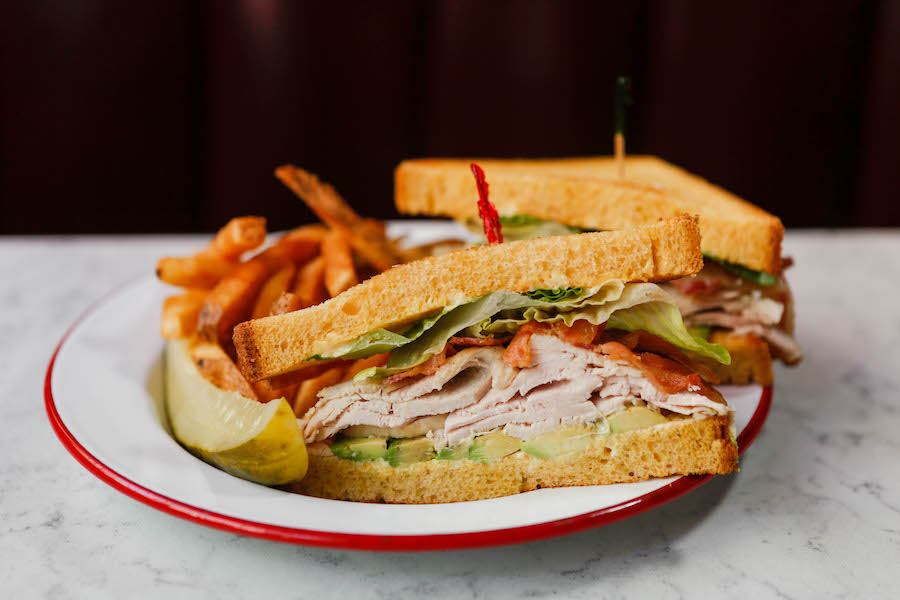 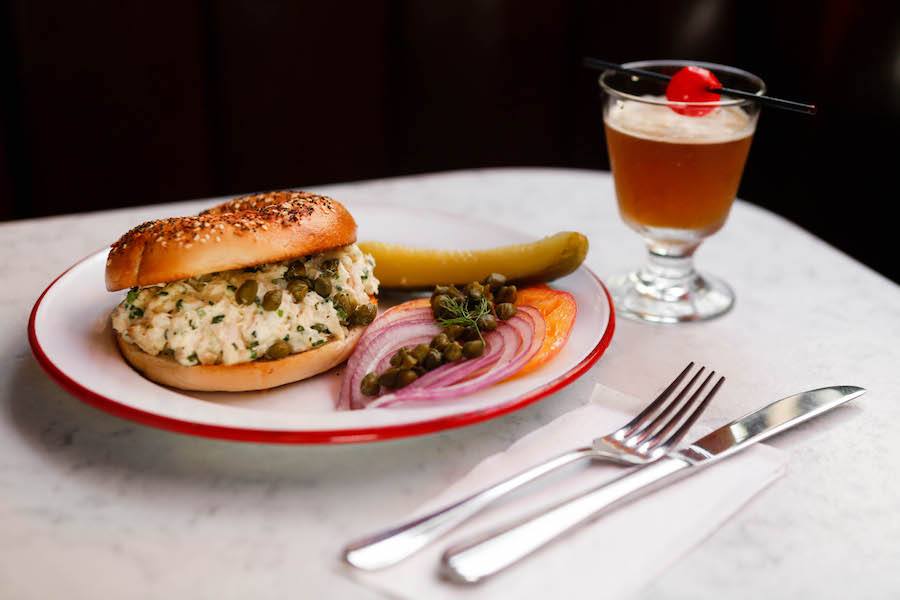 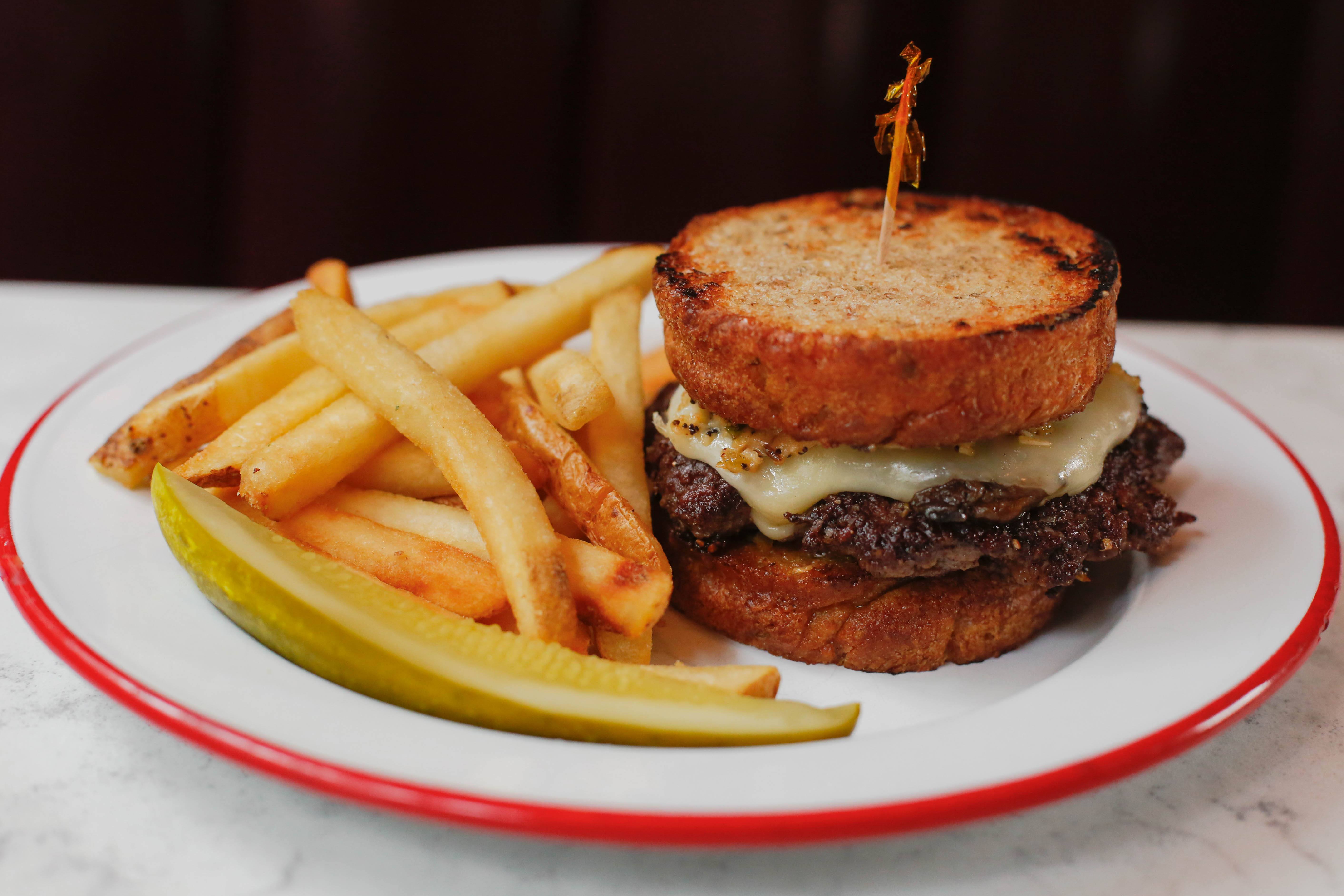 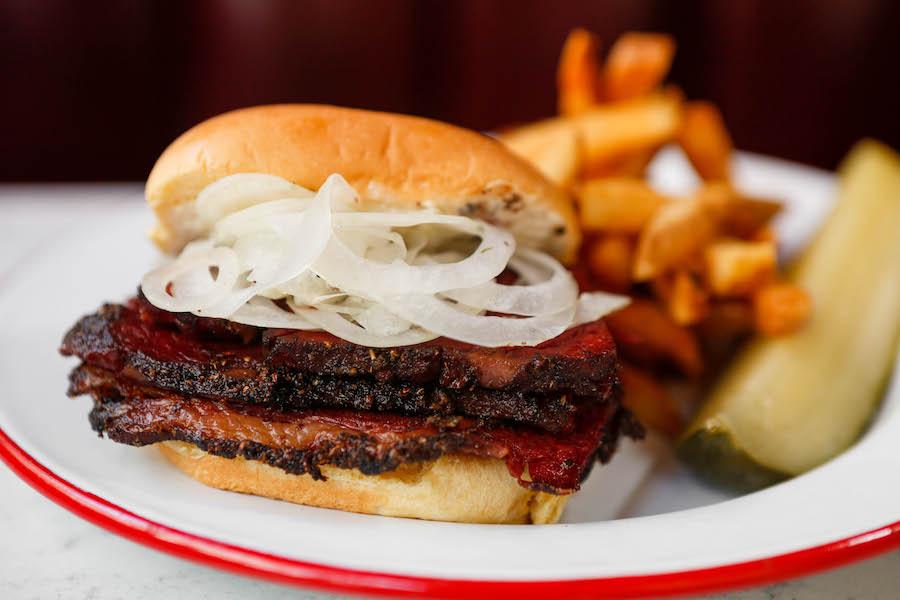 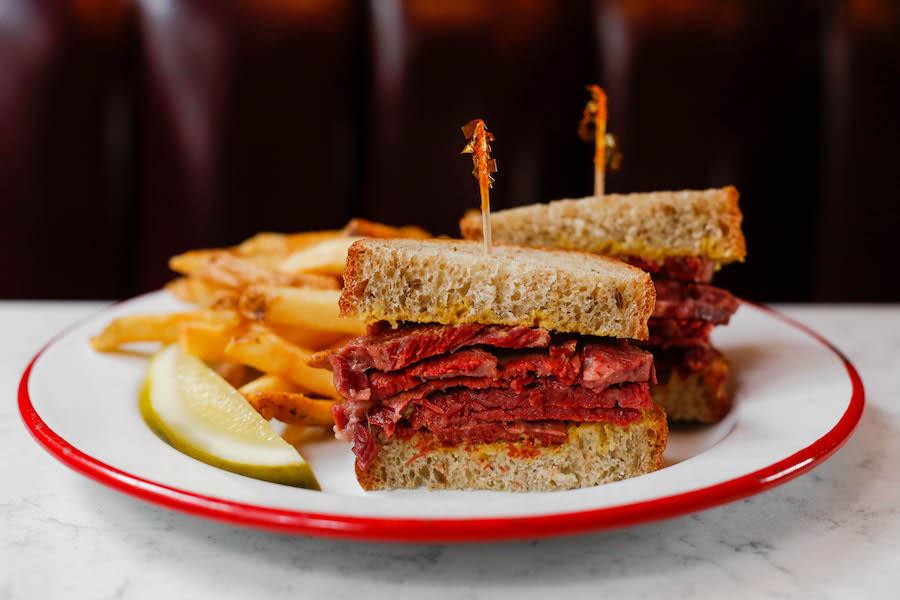 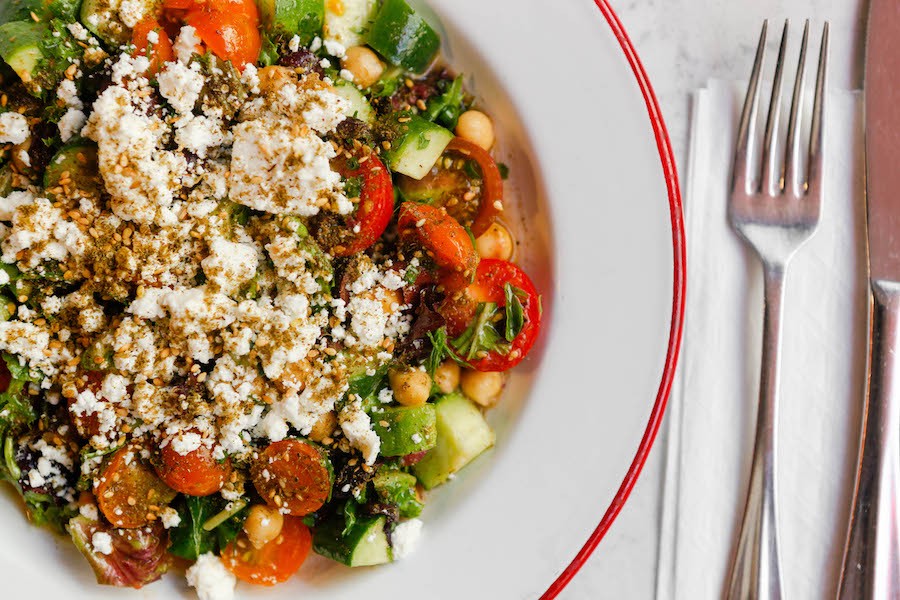 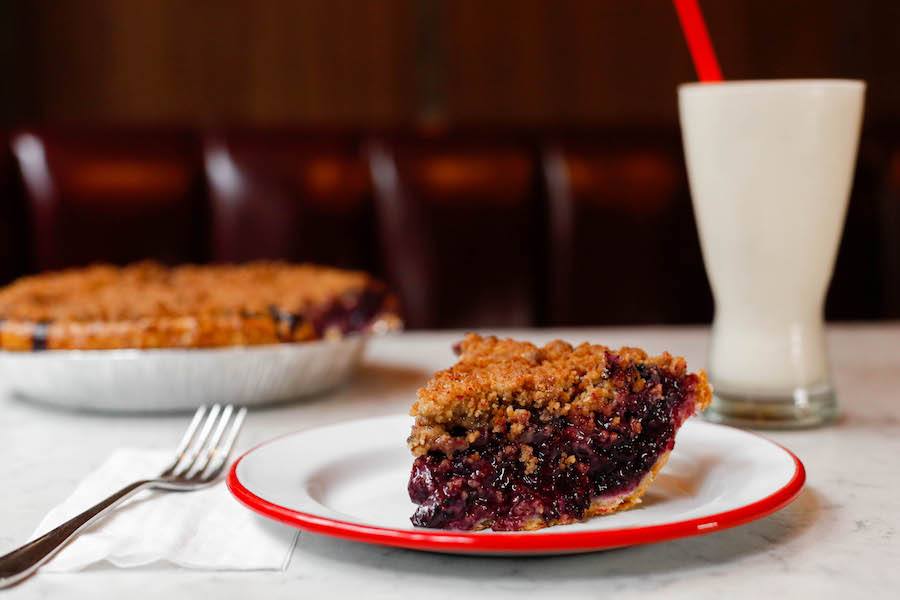 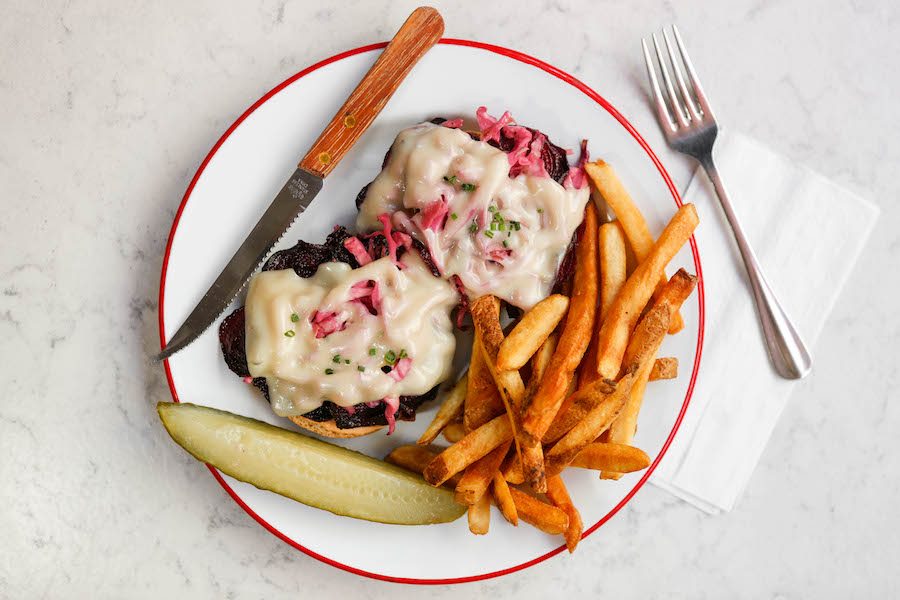