And more tales of Philly restaurant names that never were. 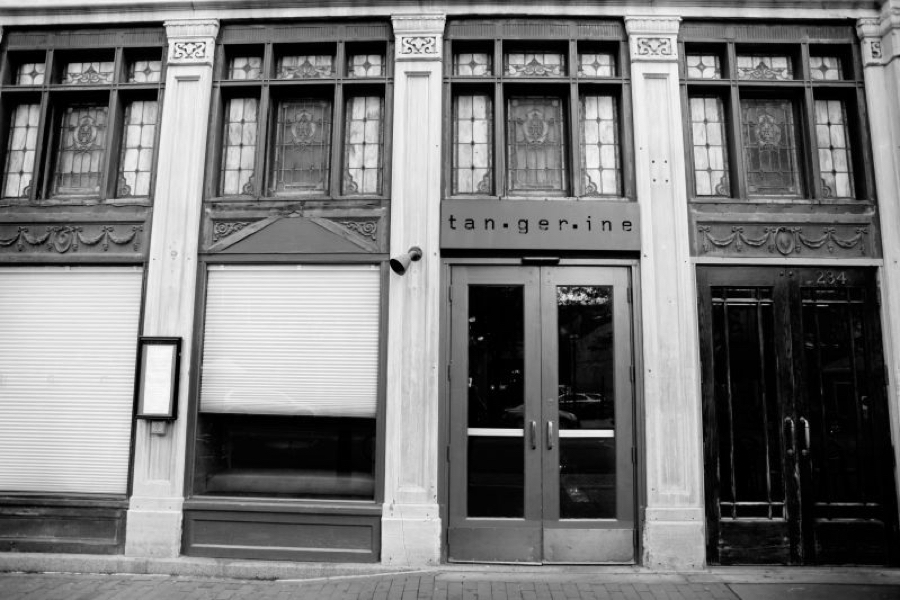 I will never forget the moment when Aimee Olexy revealed to me what she and her business partner, Stephen Starr, were going to name their new restaurant in Rittenhouse.

Talking to Olexy about restaurants is a fascinating experience because she’s somewhat of a fascinating figure on the scene. She’s not a chef, which is notable, because in this town — in most towns — restaurant cred is often reserved for the back of the house. No, she’s more like a master dinner party host — someone with a keen eye for detail and design, someone who can set a mood and manage expectations. That’s what she does best, and aside from the talent she hires, it’s her thing that drives her restaurants’ success, whatever that thing may be.

So we sat there at a small table inside Talula’s Daily, where she told me all about her vision for her new restaurant — the food, the design, the style of service, etc. — and it took just about an entire hour to make any sense of her ethereal answers to my questions. (When I asked her to describe the concept, she refused to answer and said that she didn’t like labels: “Restaurants are what they are. They evolve out of the people who go to them.”) By the time we were through, my notepad was full, and I felt like I had learned nothing about her new spot — which, I assume, was by design. And when I stood up from my chair, ready to say goodbye, it hit me that I never asked her the name of the restaurant. And when she told me what it was, I remember sitting right back down — which was absolutely by design.

I almost looked behind me to see if she was talking to someone else — anyone else. I hated it as soon as she said it.

When I asked Starr what he thought of the name initially, he said, “I liked it immediately. It sounded a little odd and strange. But I liked that people would remember it, that people would talk about it — maybe even talk about how the name’s goofy, but they’d still talk about it. People like to say ‘The Love,’ they’re going to make jokes about ‘The Love.’ It works.”

Now, Starr… he’s a bit of a creative — a romantic, even, specifically about his old life in the music industry. Talk to him about his restaurants, and he’ll likely revert to musical terminology. Ask him how he comes up with the names of his restaurants, and he’ll say that there’s no formula or method. That “it just comes to you.” That asking him that question is like asking somebody how to write a good song — “It’s god, or acid, or mushrooms.”

His first restaurant, Continental, was close to being called Hell’s Kitchen. “It was 1993 — way before the TV show,” he says. And Tangerine, his Old City restaurant that closed in 2009, was thisclose to becoming a trailer-park-themed restaurant called White Trash. Smarter minds prevailed, he says, so he opened a Moroccan fusion restaurant instead.

“It’s difficult,” he says, “because you have to not try too hard — it can’t be something too trendy … It’s difficult to [find a] classic. There’s no formula.”

Some restaurateurs find inspiration in their heritage. Before Joncarl Lachman named his Northern European BYO in East Passyunk Noord, he was thinking of calling it Winkel, which translates to “store” in Dutch (he’s Dutch). “Everyone made fun of it,” he says. “It was too easy to make up silly rhymes with.” Neuf, his 9th Street French/North African bistro that closed last year, was close to being called La Goutte d’Or, the neighborhood in Paris inhabited mostly by North African and sub-Saharan residents. Lachman says he was worried about pronunciation issues, so he went with Neuf (“nine” in French) instead. “It should be something that sets your restaurant apart. Something that’s both descriptive and unique,” he says, “but also easy to understand and pronounce.”

In fact, pronunciation is a key component when deciding names, it seems — especially since many of our chefs and business owners emphasize authenticity in their restaurants.

Before landing on Brigantessa, owner Francis Cratil-Cretarola says they were toying with a bunch of names — all of them very Italian: Mezzogiorno (“midday,” and the nickname for southern Italy thanks to the intense sun there); Il Regno or Due Sicilie (“the kingdom” or “two Sicilies,” a reference to the “Kingdom of the Two Sicilies, il Regno delle Due Sicilie, which was the name of the southern empire before the forced unification of Italy); Guaglione (pronounced “wall-YO,” Neapolitan dialect for “big guy” and a phrase that’s often heard in South Philly – some believe it might even be the origin of the South Philly “Yo!”). “We liked a lot of the names, but Brigantessa was the simplest to pronounce, so it became our choice,” says Cratil-Cretarola.

Bāo • logy’s Judy Ni says she was initially going to go with Bao. “It’s a great term in Chinese because it’s nuanced,” she says. “‘Bao’ can be both used as a noun and a verb and is a homonym for many other meanings. ‘Bao’ as we are using it as a noun refers to a bun or a package; as a verb, it means to package, to wrap.” But after a friend advised her against it for being too generic, she spent many sleepless nights deliberating a new name. Finally, during a road trip to Maryland with her husband and chef, Andy Tessier, she had a ‘Eureka!’ moment with Bao-ery, like “Bowery,” the street/neighborhood in lower Manhattan, since the two spent a few years time working in restaurants together in New York.  “I squealed in excitement and started Googling to check references, only to be defeated a few seconds later when I found that the name had already been used,” she recalls. “I slumped defeated in the car seat and felt a sense of defeat. A few minutes of staring out the window and started playing with the old SAT vocabulary and started Googling suffixes.  As I went through the list, I found it: -logy, “subject of study or interest”, how perfect, especially considering how strongly the Taiwanese believe in education and continuous improvement.” 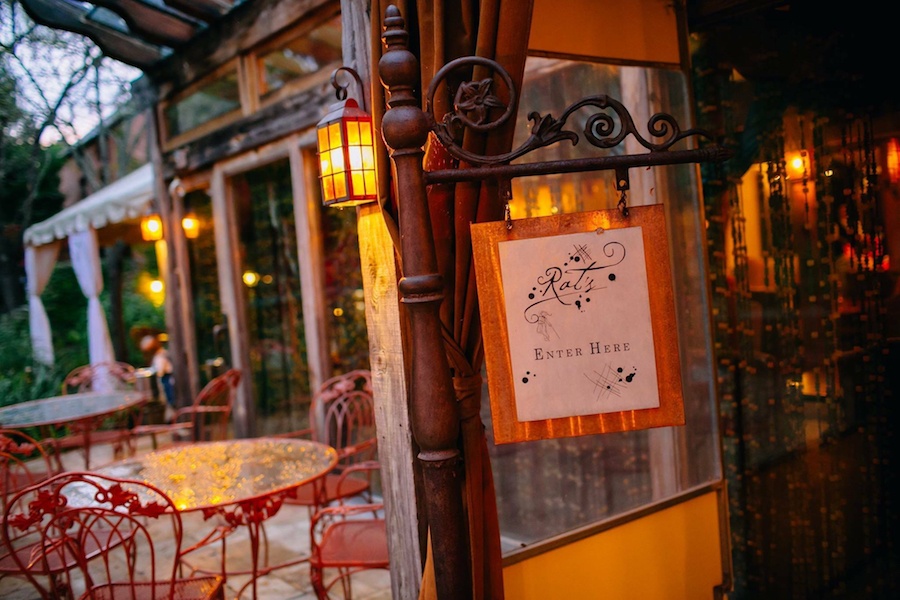 But are the sleepless nights worth it?

Greg Dodge, founder of Zavino Hospitality Group (which includes Tredici Enoteca and, of course Zavino), doesn’t think so: “I believe that a name is largely a meaningless part of a restaurant; a great restaurant with a bad name is still a great restaurant, and vice versa. For 20 years, the #1 restaurant in New Jersey was called Rat’s, and on sight, that should fail. But it is incredibly successful.”

Zavino? The pizzeria and wine bar? ‘Za and Vino, duh. “I’m partial to made-up names so that I can purchase the domain for our website,” he says. “We also thought about Antico Fumo, and Gonzales Pizza.” Naming Tredici Enoteca was just as straightforward: “‘Tredici’ means ‘13’ in Italian, and we liked committing to our original location on 13th Street. We wanted to call it an osteria, but my friend Jeff Benjamin (now running the show at Fitler Club) wasn’t too keen on that, and suggested Enoteca instead, a word for a more wine-focused restaurant.”

“It’s the first thing people associate with the restaurant,” says Nina Tinari, who co-owns the Schulson Collective restaurants with Schulson. “So it certainly has some initial impact on business. In the long run, the restaurant will speak for itself.”

Schulson, the prolific restaurateur that he is, finds it just as difficult to come up with names —  so much so, that he wouldn’t reveal the ones that they passed on as they are still potential options for future openings. Before Sampan, however, he says he was considering Sakaya (“sake shop” in Japanese, and the root of the word “izakaya”) and Shiso (the herb).

I’ve really come around to The Love, by the way. It took about eight months, but now I think it’s genius. Because the name “The Love” is very much on brand for Olexy. And her brand has never failed her before — plus, she has the talent to back it up.