Ralph’s Is Adding Two New Concepts in the Italian Market

The oldest Italian restaurant in America is expanding its 9th Street footprint. 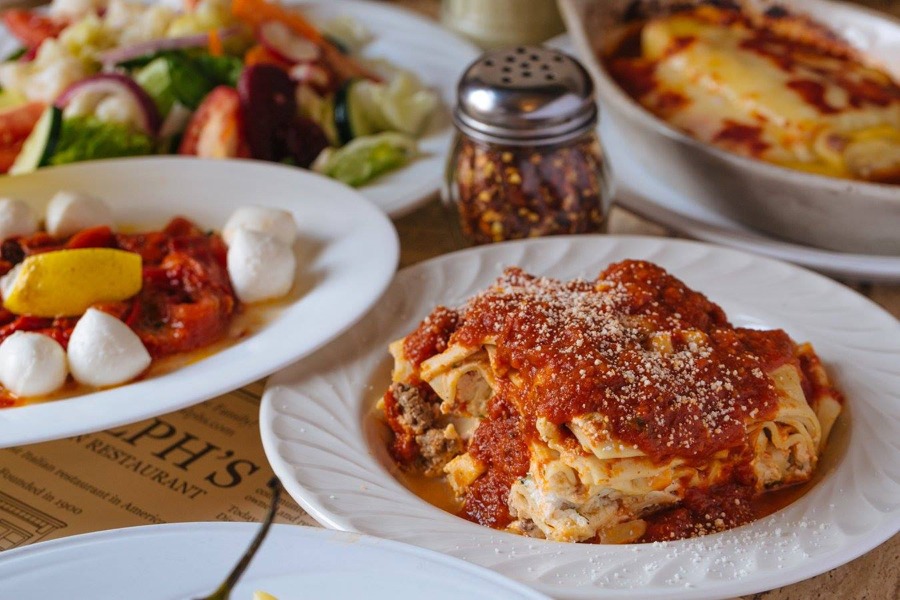 An Italian Market mainstay is expanding its footprint with not one but two new concepts.

Ralph’s Italian Restaurant, which has been in place at 760 South 9th Street since 1900, is expanding with a grab-and-go storefront as well as a BYO American restaurant that will be open as a gourmet market during the day.

“My family is born and raised on 9th Street,” said Ryan Rubino, part of the fifth generation of family ownership. “We want to help make the Italian Market an exciting destination for people.”

In addition to the Best of Philly-winning icon and Bar One, which the family added at 767 South 9th Street in 2016, the family will open the grab-and-go spot under the Ralph’s name at 764 South 9th Street — just two addresses down from the original, with Rubino’s grandmother’s house in between.

There, customers will be able to stop in for fresh or frozen dishes from the restaurant’s red gravy menu, like chicken parm, to eat at home. They’ll also be making South Philly-style sandwiches — think roast pork and chicken cutlet — to order.

But Rubino is most excited about their pizzas: some of the most beloved Ralph’s dishes will be available as personal pizzas for takeout or delivery. “We’ll have the chicken Sorrento, a hundred-year-old-recipe, that we’re going to turn into white pie,” he said. Once the new spot is established, they’ll add catering, too.

Legal struggles divided the family members that own Ralph’s a few years ago, but Rubino says that since then, “ownership consolidated a little bit.” The dividing issues — opening locations under the Ralph’s name in the suburbs and attempts to franchise Ralph’s —  were “settled amicably and fairly, and now we’re allowed to move forward.”

The Ralph’s crew is also opening Market, an upscale new American BYO a few blocks down at 943 South 9th Street, that will operate as a boutique food market during the day. Rather than try to compete with 9th Street staples like Di Bruno Bros. and Claudio’s, they’ll focus on hard-to-find local and international selections for items like coffee, cheese, pasta, pickles, and other goods.

Both concepts are slated to open sometime in May.