Once upon a time, chef Townsend Wentz had a dream of opening a little tapas bar in Center City. Here’s what happened when he woke up. 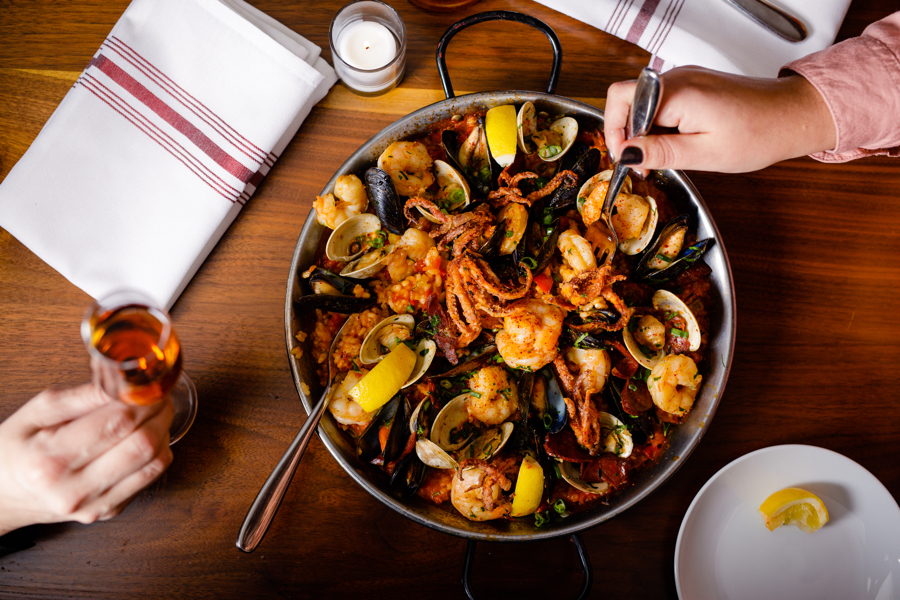 Oloroso isn’t a tapas place. You might think it is, and it might look like it is, but it isn’t. You may remember Townsend Wentz saying on our website in July of last year, months ahead of the eventual November debut, that he wanted to open a “down and dirty” tapas joint. But that’s not what he did. And even if you went there during the first weeks of service, you might have thought, “Hey, that was a pretty good tapas restaurant.”

But that was then.

Order This: Three courses–because that’s how this place is designed now. The shrimp on shrimp, of course, some croquetas and the pork belly.

Now, it’s not a “down and dirty” anything. Oloroso is bright and stiff and fancy as hell. Almost claustrophobic with polish. And uncomfortable, especially if you’re looking for something rollicking and casual (as most true tapas places are). This place feels as if an old-fashioned, narrow-throated and forgettable Center City bistro flipped over a long weekend and reopened with a fresh coat of paint and a new menu. The service is formal. The silverware is serious. The wine is interesting and heavily marked up. Oloroso is as far from Wentz’s dream of a Center City tapeo as Philly is from Madrid, because what Oloroso is — now, today — is just a Spanish restaurant. And that’s a very different thing.

A tapas restaurant is simple and fun and a little bit stupid in the best possible way — all about drinking too much and eating too much and then drinking a little bit more. Oloroso isn’t. Early on, it dumped quite a few of its simplest bites — the plates of olives and almonds and deviled eggs and escabeche. But it kept others, retaining the small-plates format while formalizing courses into the shape of a meal — small plates, then bigger plates, then entrées, occasionally for two. When I asked Wentz about this, he said he didn’t have any choice. The customers in Center City? They wanted a meal, not bites or snacks. Since its first weeks, Oloroso has been headed in that direction, shedding the dream a little at a time for the reality of space and need and desire.

That might have been fine had it worked. And technically, it did. The food was pretty good — at times, even very good. But I just didn’t have any fun here. 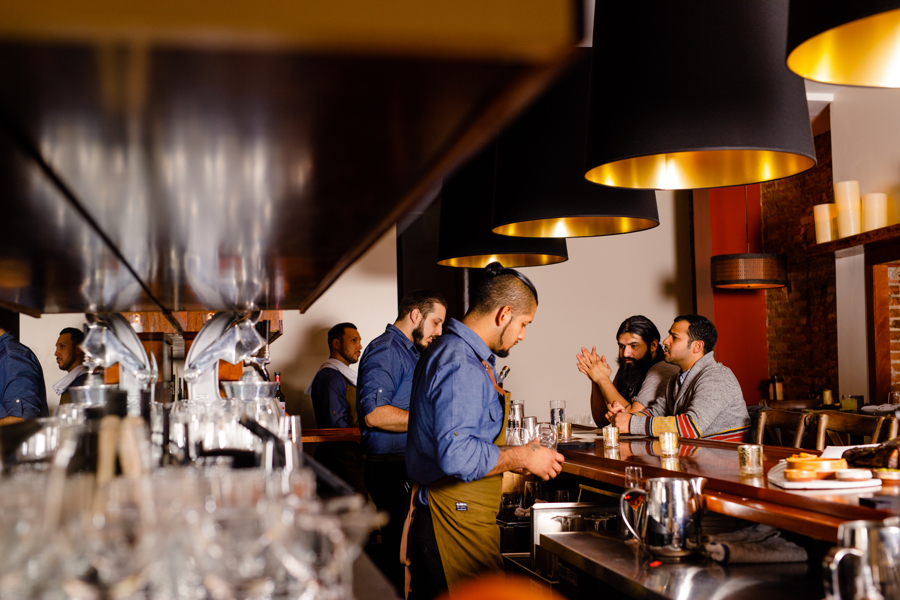 Wentz and his crew have, for example, a dish called “shrimp on shrimp” that is the most complicated shrimp toast you’ll ever eat. It’s a base of squid-ink-blackened bread mounted with chopped, broiled shrimp, topped with a thin scrim of Mangalitsa fat, then topped again with a shrimp salad.

It’s delicious, ugly and brilliant all at the same time. The Mangalitsa fat is almost clear, melted over the base layer of shrimp, and the black bread is goofy because it looks burnt. But every piece of this napoleon of strangeness has been flawlessly cooked by the kitchen — the bread sturdy enough to add crunch, the broiled shrimp stiff and slightly smoky, the fat lending a powerful pork flavor to the proceedings without any pork seemingly present. If every restaurant has one dish that defines it, that speaks to its heart and animating principles, then Oloroso’s shrimp on shrimp is that dish: something that should have been simple made overly complex, redeemed only by ruthless perfection of technique and no small amount of thought.

There were other dishes that worked. The gambas al ajillo came as a composed plate of large shrimp simmering in a chili-spiked garlic sauce with chickpeas and crunchy migas. The tortilla de patata was an overly fussy deconstruction (topped, bizarrely, with a hat of frisée), but it tasted fantastic. The pork belly? Same thing: perfectly cooked, delicious with its pineapple agrodolce all sweet and sour to balance the overwhelming slickness of the pork fat, but wearing a ridiculous garnish that had no place on the plate. And while an entrée-size roast chicken dish out of the big, blazing ovens in the back was nice with its turnips and garlic, it was the saffron that was supposed to make it Spanish, and I tasted nothing even close to saffron while eating it. 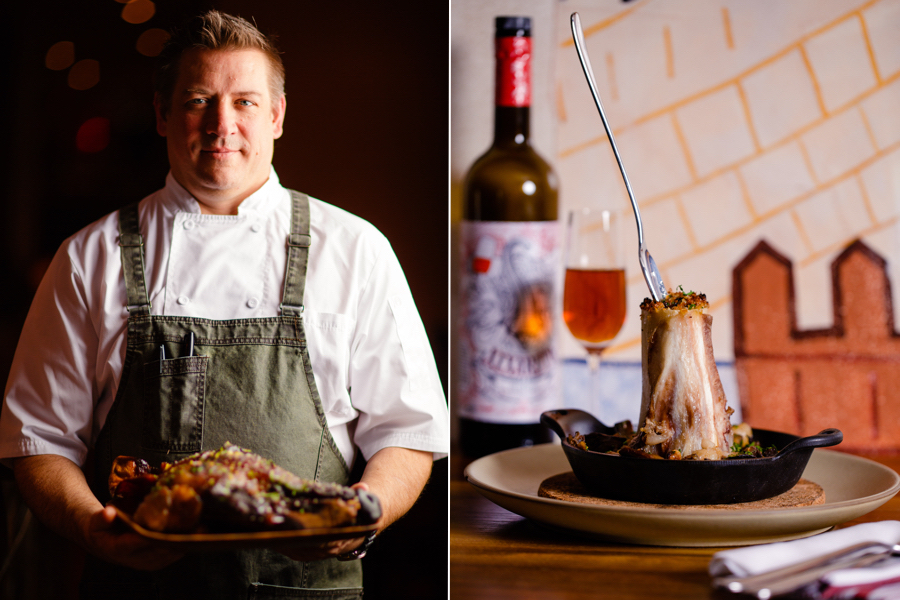 So there were mistakes, yes, in this place that is neither entirely one thing nor entirely the other. But there were also smart, delicious little plates perfect to have with a glass of wine. Medium-size plates that showed control and creativity. Big ones that almost seem to demand that you sit, stay, and have a proper, coursed meal.

Ultimately, Oloroso feels like a restaurant operating between two desires: on the one hand, that almost mythical “down and dirty” tapas bar, crowded and loud, with people passing in and out in a haze of sherry and pork fumes. On the other, a proper Spanish restaurant, high-priced and fancy, with apps and entrées, wine and cocktails, and everything that attends them. And while Wentz may have wanted the one — even tried to open the one — what he ended up with was the second still clinging to the ghost of the first.