We're looking back at the year-that-was. In this installment, the best (and worst) of winter, 2017. 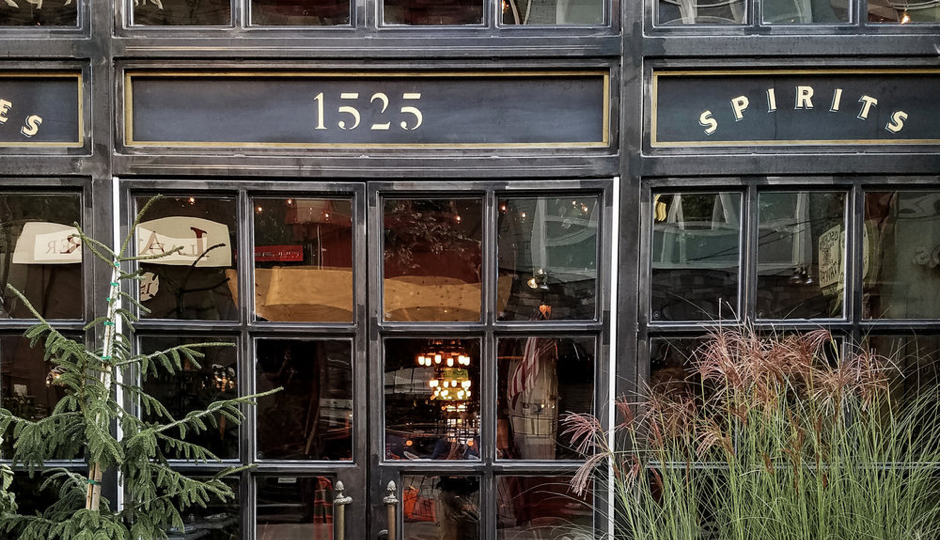 With the end of the year fast approaching, we’re wrapping things up with a 3-part look back at the restaurants that moved us, disappointed us or blew our minds. In Part One, we see how the year began with a whimper, not a bang.

But 2017 certainly didn’t start out looking so bright. A year ago, we were mired in some serious doldrums. The biggest, splashiest opening of the end of 2016 was Richard Sandoval’s Aqimero at the Ritz Carlton — the replacement for 10 Arts, in one of the city’s most beautiful rooms. And that was disappointing on almost every level. And then came Harp & Crown, Michael Schulson’s follow-up to the amazing Double Knot. Expectations were high. An early look at the place (which had secret bowling alley in the basement) had us all excited.

And then I went there for dinner.

“We asked for a booth and were shown to a deep four-top, candlelit, beneath framed antique portraits, pictures of flowers, and one of the huge exposed pulleys through which are threaded thick ropes that hold up the room’s massive chandeliers. Affectless pop music from hidden speakers filled the gaps in conversation. We ordered and drank and ate and paid, and on my way back out through the heavy curtains, as I turned my collar up against the wind, it occurred to me that I hadn’t had a very good time at Harp & Crown. That somehow this very carefully calculated experience, stage-managed at every step, had passed around me and through me like air, without leaving a mark. I had eaten a meal and felt (almost) nothing about it, save fuller. In ways I couldn’t really understand, being inside the machinery of Harp & Crown felt colder than being outside.”

There was nothing particularly bad about the place, but nothing was very good, either. And while, in fairness, there have been some changes since that review came out (new chef, new menu, new hours, etc.), Harp & Crown was never going to be as good as Double Knot was because there was no way it could be as surprising, as strange or as groundbreaking.

But at least it was local and derivative of something that was once original. Because once 2017 officially started, thing only got worse.

“Along the arc of a graph reading “Why Is My Restaurant Not Good?,” two opposite mistakes hold down either end of the bell curve. On one side, you have a good concept crippled by poor execution. On the other are bad ideas masked by a talented, passionate crew trying like hell to fight its way out of a losing situation. Between these two points falls every other reason for a restaurant to go bad: terrible food, awful service, a coked-up owner snorting away the profits, rats, that weird smell, location, location, location. But existing with beautiful, snow-white purity are the alpha and omega of reasons: Either you had a good idea ruined by thumb-fingered losers who turn all gold to crap, or you had a bad concept that no amount of earnest polishing will ever make shine.

The first one? That’s unforgivable. And the second one is Scarpetta.”

Ouch, right? But trust me, the experience of eating there was even more painful.

Scarpetta was a big deal because it was a Rittenhouse location for an operation that was more than a little bit famous in New York, designed specifically for the Philadelphia market. Everything down to the shape of the cocktail forks had been meticulously researched and debated by the local team. But the one thing they didn’t think about? Maybe bringing a ridiculously expensive Italian restaurant most famous for its spaghetti to a town that already has Italian food and excellent spaghetti in spades wasn’t a great way to make a buck. Scarpetta is still open, but I honestly have not heard a single person mention its name since the day it opened.

And look, the beginning of the year wasn’t just bad for big concepts. The little guys were managing to mess everything up, too. I mean, just look at this:

“I go to Cinder for dinner, and the kitchen seems flummoxed by what pizzas are supposed to look like. In front of the mouth of the oven, the cooks poke and shift the pies and seem unsure of how done they’re supposed to be. When my margherita version arrives, I have a suggestion for them: Stop burning the shit out of the crust. It was done the first time you thought it was done. Black is a bad color.”

Cinder was a cider and sour beer bar from Teddy Sourias — a guy who knows a thing or two about opening bars. The problem here was that Cinder had no idea what it was trying to be. A neighborhood joint? A sports bar? An upscale gastropub with mussels, weird pizzas and jalapeno poppers made with Cloumage cheese and tomato conserva? It was all those things, all at the same time, and NONE of them were good ideas.

So yeah, 2017 was shaping up to be a shitshow — exactly the sort of muddled, clumsy mess of high ambition and shit execution that Philly falls into from time to time. There was no originality. No risk-taking. Nothing worth bragging about.

And then this happened.

“The izakaya is a riot, barely contained. Conversely, the sushi bar in the back (under the command of Jesse Ito, with seats available by reservation only) is serene and calm. Separated only by a curtain, it’s the yin to the izakaya’s yang. Or the yang to its yin. Whatever. It’s opposite is what I’m saying. Controlled, serene, spare in decor. No space robots. And the sushi?

Royal Sushi & Izakaya saved the beginning of the year for me. It probably did for a lot of other people, too. This is the place I constantly fall back on when people ask me where they should eat in the city. Friends visiting, neighbors, strangers on the street — I tell everyone to go to Royal Izakaya. And I mean it every single time. I loved this place so much that I just couldn’t stop going back. I wanted to live there. And I still kinda do.

But I had to move on. Because next I had to talk about Jose Garces and his new all-day cafe.

“On the tables, no cutesiness. The silverware all matched. The glassware was all polished, simple, plain. The plates were white. Each thing was designed for its purpose, including the (almost winking) old tomato cans used as rustic lifts for pizza pans. At 24, the Garces Group’s new all-day cafe (just downstairs from its also-new company headquarters), everything has been thought of in advance. Every possibility has been gamed, every solution tested, every problem solved before it occurs. This is the strength of being the 16th restaurant in a string of restaurants– designed for maximum efficiency, even if dressed for casual Friday. Though nothing remarkable is being attempted here (nothing approaching the level of a Volvér or Amada), 24 Wood Fired Grill is what happens when a restaurant group really knows what it’s doing.”

I didn’t love this place, but I respected the hell out of it. Rarely before (and not at all since) have I seen a restaurant so defined by its forethought and infrastructure — by its efficiency over its heart. I can almost guarantee that a bad meal will never be served here. As though run by robots from an inalterable program, that sort of thing would just be unthinkable.

And, of course, I followed this up with a series of meals at one of the weirdest, least planned, most inefficient and completely insane restaurants of the year.

Ladies and gentlemen, I give you chef Alex Hardy.

” ‘Are you … ‘ he asked, looking me up and down. And I wanted to say no, because there was no way this conversation, the way it was going, was going to end well for anyone. Because every night in the kitchen is a disaster. You have to remember that. And this night? No different.

But I said yes, and Hardy laughed and scrubbed at his face with his hands. ‘Oh, man,’ he said. ‘It would have to be tonight. You would have to come tonight.’ “

For those of you who haven’t read this review, it ends with Hardy — the chef-owner of this place, who had just served me one of the more unique meals of the year — asking if I know what Craig LaBan looks like.

Like Hunter Thompson would say, Hardy is one of God’s own prototypes. A crazy person gifted (or cursed) with a wild talent in the kitchen. He is singular, iconoclastic, strange. And I will tell the stories of my meals at his restaurant for years to come.

Okay, I think that’s enough for now. But come back tomorrow because we’re going to keep this thing rolling with two of the best new restaurants of the year, plus the best use of Spam in a professional kitchen, the best milkshakes in the city and the best riblets in the entire world.

Seriously, you don’t want to miss it. It’s gonna be a lot of fun.