Tinsel, a Christmas-Themed Cocktail Bar, Is Popping Up in Midtown Village

Teddy Sourias's latest project will take over the space next to Finn McCool's through New Year's Eve. 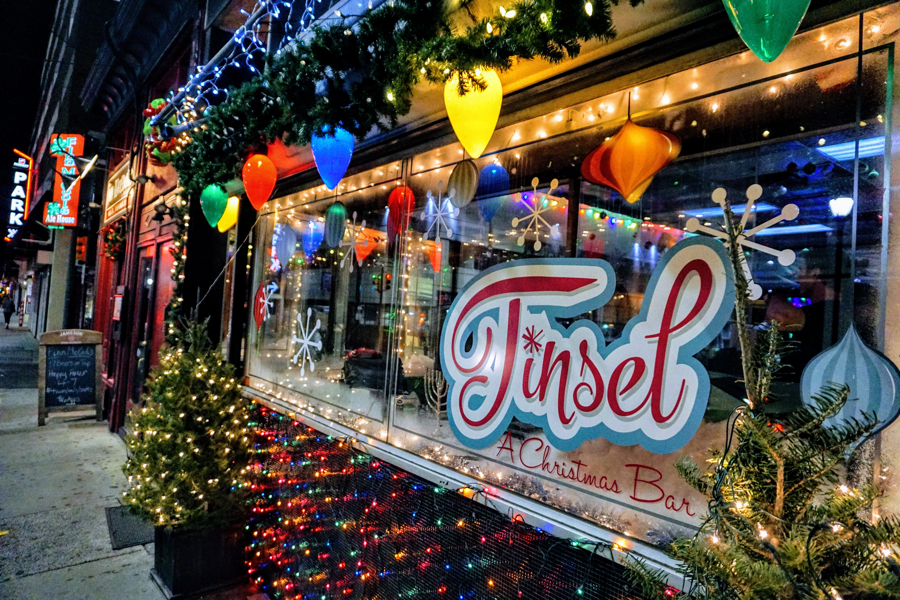 We all know that the holidays are for drinking — which must be why we’re seeing so many Christmas-themed cocktail pop-ups in the city this December. (One more and it’s a full-blown trend!)

The latest is Tinsel, which is popping up starting tonight in the recently vacated space at 116 South 12th Street. It’s a project of Teddy Sourias, owner of beer-centric spots like Finn McCool’s (which is right next door), BRU, Cinder, U-Bahn, Uptown Beer Garden, and the soon-to-open Tradesman’s beer hall. After more than 100 years in the space, former owner Simpsons Jewelry called it quits, and Sourias purchased the building. In 2018, he plans to open a new concept there (no word on what yet).

The space features three rooms entirely decked out in Christmas cheer, plus a Krampus mural and fireplace installation by local artist Scott Johnston.

Hit up Tinsel from 5 p.m. till 10 p.m. Tuesday through Thursday, 2 p.m. until midnight Friday and Saturday, and noon till 5 p.m. on Sunday through December 31st.