Plus tapas and lots of seafood, cheese, and charcuterie at Tod Wentz's new Spanish spot. 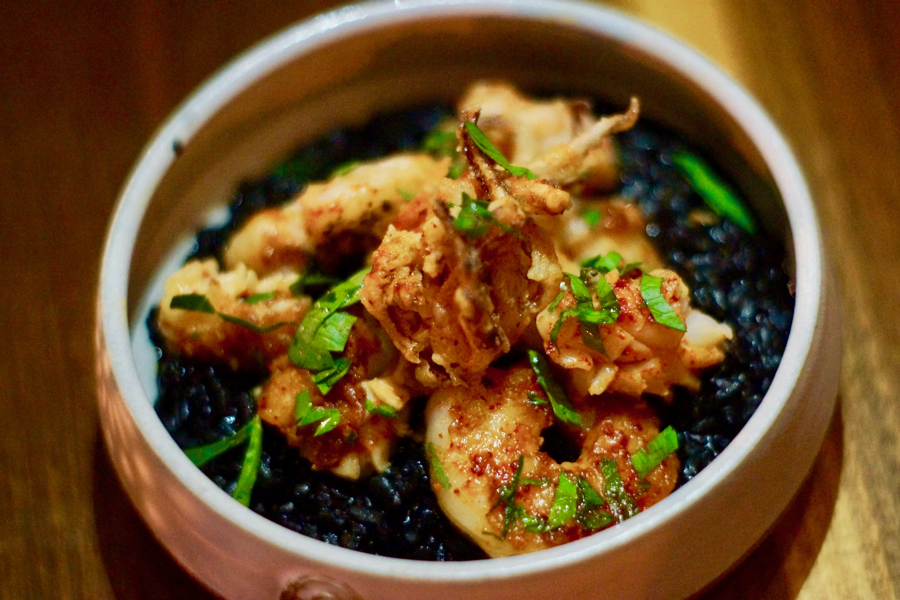 Tod Wentz’s latest project, Spanish tapas spot Oloroso, opened over Thanksgiving weekend. And after a few days of tweaking, the menu — while subject to change — has been finalized.

As promised, Wentz is offering lots of seafood, shareable small plates, and paella. Three kinds, to be exact, with chicken and rabbit, seafood, and veggie options on the menu. In addition to classics like patatas bravas, boquerones, and stewed gigante beans, tapas dishes include squid ink rice and tripe served with peppers and egg crostada.

But things really get interesting with the “For Two” dishes, which aren’t listed on the official menu. They’re prepared on Oloroso’s wood-fired grill and include a 32-ounce porterhouse steak that’s been dry-aged for 35 days, a whole turbot, and half of a split pig’s head, glazed in Pedro Ximénez sherry. It’s not a typical dish — you won’t find it elsewhere in Philly — but it is the perfect date night conversation starter.

Check out Oloroso’s full menu below (click to embiggen). 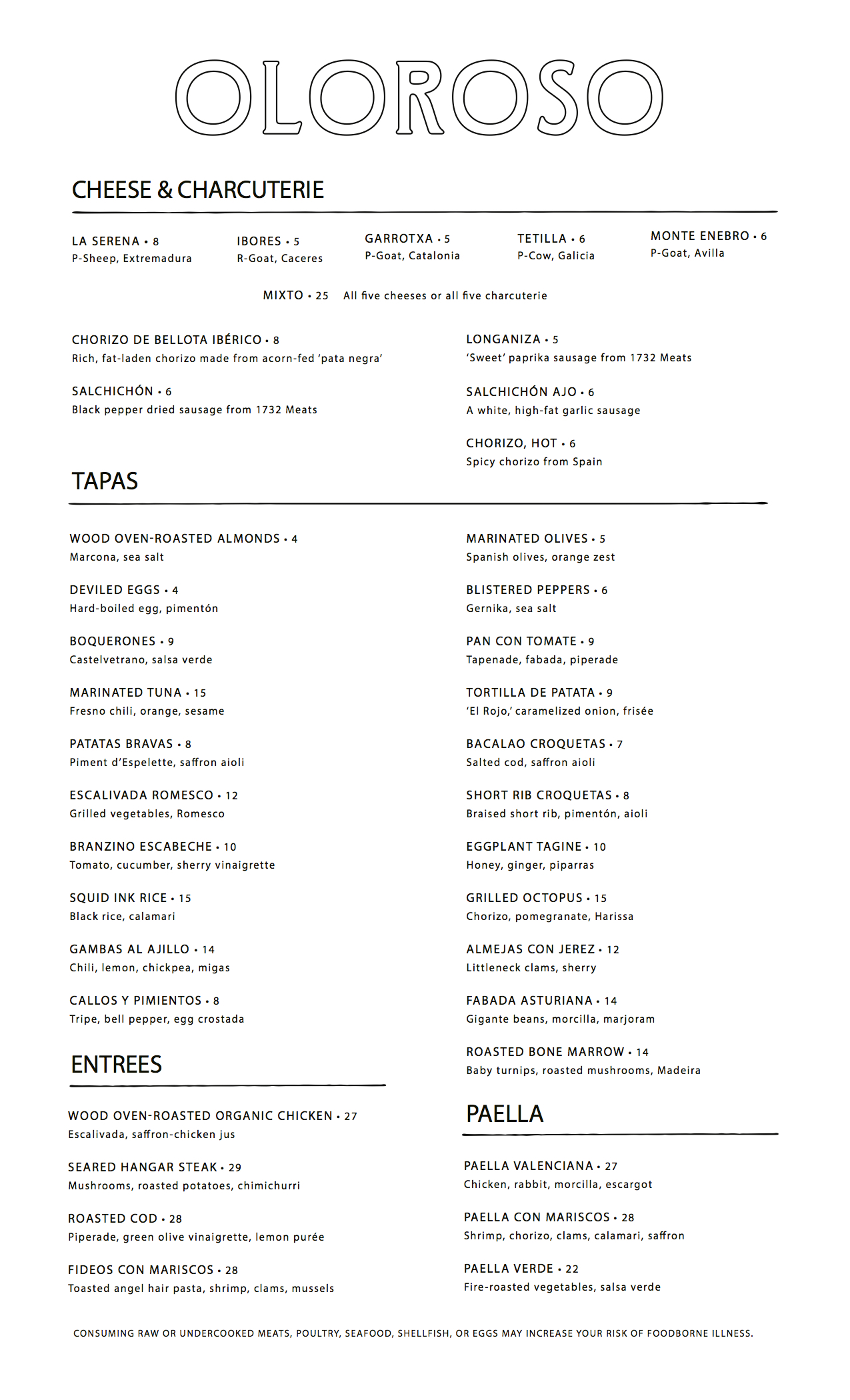