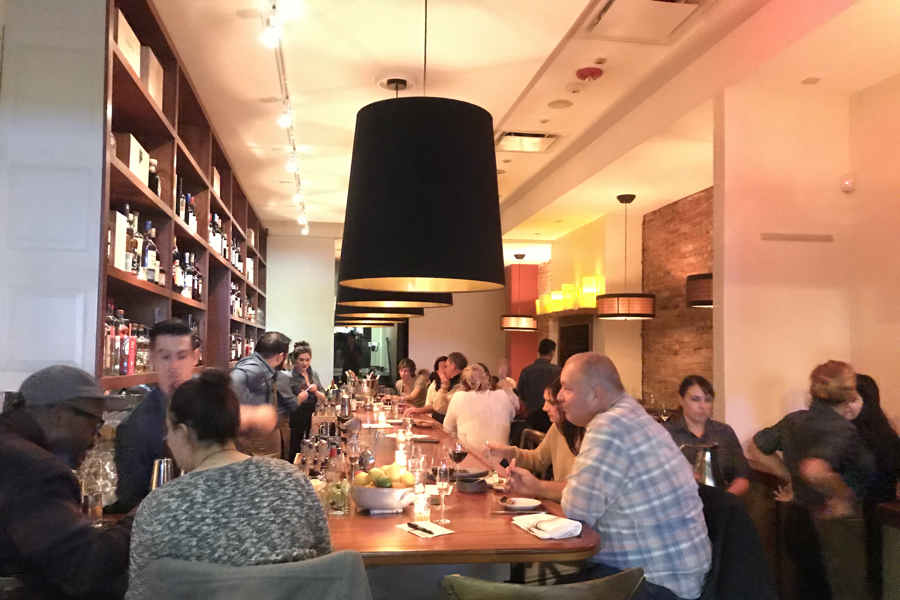 We’ve been waiting for Townsend Wentz’s new tapas spot to open since the concept was first announced back in July. And over the holiday weekend, Oloroso opened its doors at 1121 Walnut Street.

Wentz’s new joint is named for a particularly rich and aromatic type of Spanish sherry; the bar, run by Allison Hangin, is stocked with a plethora of sherry and vermouth in addition to a slate of house cocktails, cider, and Spanish wines.

The food menu will focus on classic Spanish dishes in addition to less common fare. Think tapas staples like boquerones, grilled octopus, seared branzino, and paella Valenciana in addition to la medual (bone marrow) and a roasted half pig’s head.

Check out Oloroso from 5 p.m. until 2 a.m. seven days a week (the kitchen is open until midnight). Make your reservations here.