Craft Hall and Lost Bread Co. Are Popping Up at City Hall For the Holidays

Between Thanksgiving and Christmas, they'll serve BBQ, beer, and bread in view of the city's holiday tree. 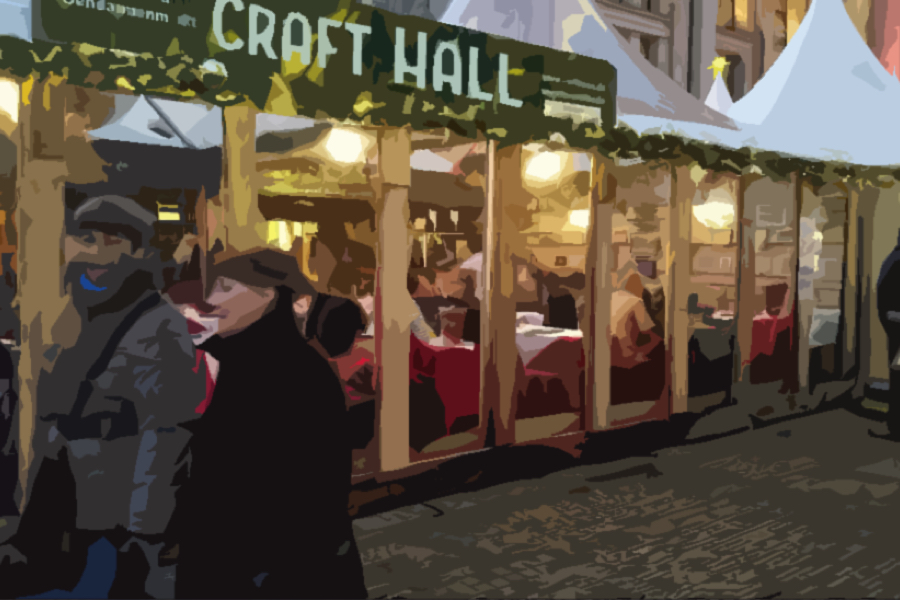 Craft Hall, Avram Hornik’s new beer, bread, and BBQ spot, is slated to open in Northern Liberties in Fall 2018. But from November 24th through December 23rd, it’s popping up at City Hall on North Broad Street, right next to the city’s holiday tree.

The pop-up restaurant will be located inside a heated tent that seats more than 100 guests, with clear sides to give diners a view of the illuminated tree. The restaurant will serve barbecued meats (smoked on-site, of course) and comforting sides from chef Adam Lazarick, most recently of Stateside and Ela, in addition to wine, craft beer, and seasonal cocktails.

The pop-up also includes a Lost Bread Co. retail counter, which will sell James Beard Award-nominated baker Alex Bois’s naturally fermented breads and pastries. (As of today, you can also find Lost Bread products daily at Di Bruno Bros. locations in Rittenhouse and at The Franklin, as well as at the Ninth Street store on weekends.)

The Craft Hall pop-up will be open seven days a week from November 24th to December 23rd from 11 a.m. until 9 p.m.