Three spots specializing in the classic Greek street food have opened in the last two months. 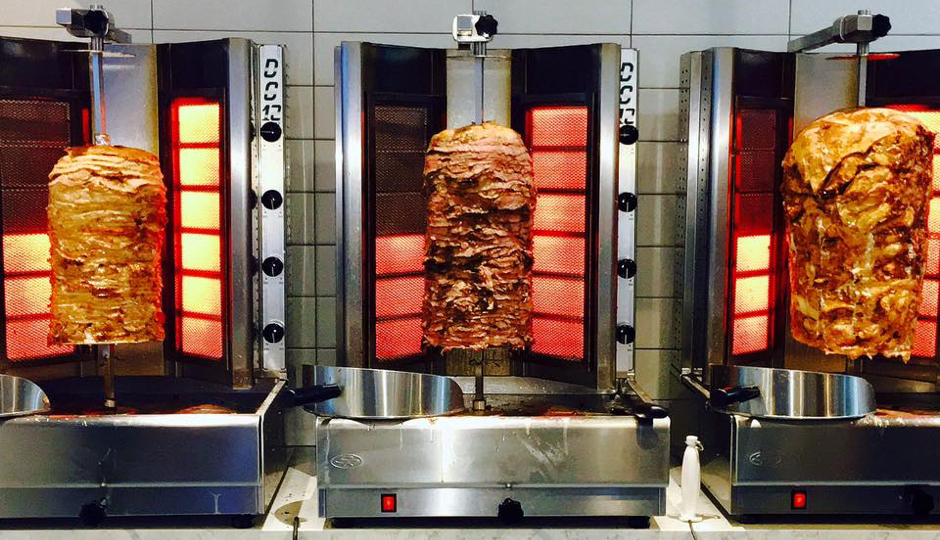 It just got way easier to get Greek food in Philly.

Of course, longtime spots like Olympia Gyro in Reading Terminal Market, Greek Lady on Penn’s campus, and South Street Souvlaki, not to mention food carts, have satisfied our appetites for meat sliced off a spit for years. Even Hawthornes has an excellent Cretan take on the dish that’s made with braised and shredded lamb.

But over the past few months, not one, not two, but three brick-and-mortar spots specializing in gyros — the street food staple that, after its namesake salad, is probably the best-known Greek dish here in America — have popped up.

In Center City, Moustaki offers gyros, Greek-style pizza, and other classics of the cuisine like bifteki, a Greek-style burger, and avgolemono, the creamy rice and chicken stew flavored with lemon.

And Yeeroh is now open on South Street just west of Broad, serving up the sandwiches alongside a selection of dips and sides like deep-fried feta sticks and zucchini fries.

While we have some excellent Greek food in Philly, the cuisine hasn’t woven its way into the fabric of our food culture the way falafels, tacos, halal platters, and (of course) cheesesteaks have. Gyros are more of a thing in the Rust Belt, a favorite cheap lunch in cities like Chicago.

We’ve got some thoughts on why gyros could (and should) be the next big thing here in Philly. 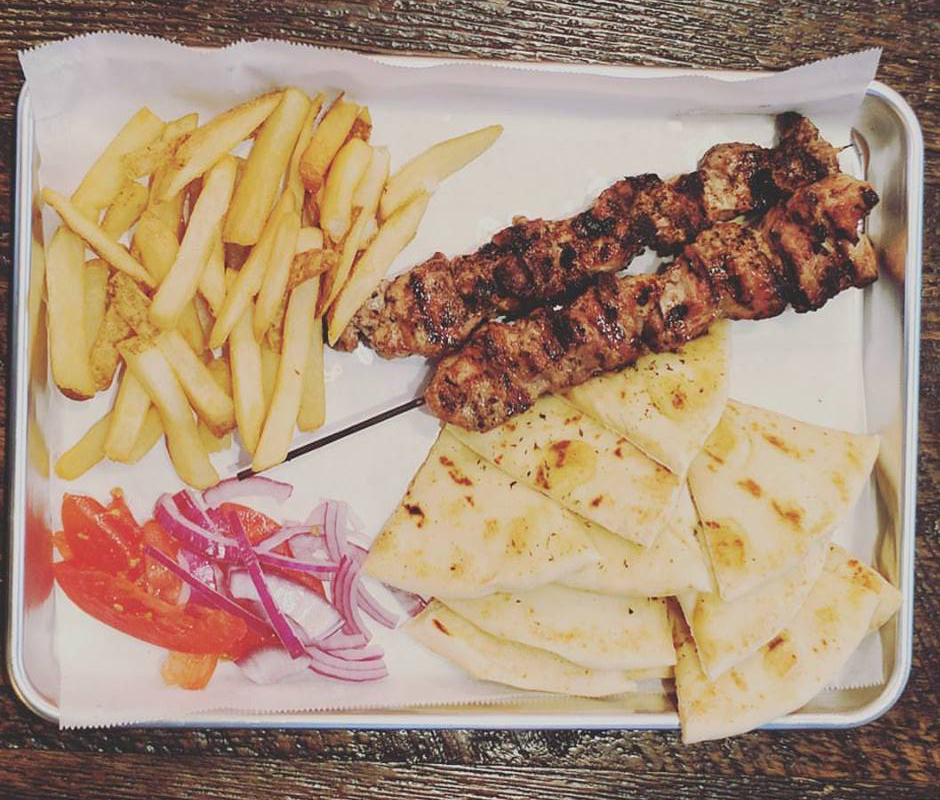 Some people saw this coming.
While I cringe whenever I hear that Bon Appétit editor Andrew Knowlton has been spotted anywhere near Philadelphia — some of us would like to purchase our $2 artisanal bagels and $25 limited-edition pizzas without fighting a mob to do so, thank you very much — he called this trend back in late 2014. It just took till 2017 for things to start popping here in Philly.

Gyros are shawarmas, remixed.
And technically, they’re both variations on the Turkish doner kebab. The names mean some variation on “turn” in their native language, and they’re all pieces of meat stacked vertically and roasted on a spinning spit, which are then sliced off and served as part of a platter or placed in pita-esque flatbread and variously topped, sauced, and bundled up for portability. The gyro is simply the Greek cousin of the shawarma, a halal cart staple.

Just about every cuisine has a meat-wrapped-in-carbs variation; hell, those are two of the three basic ingredients in Philly’s street food holy trinity (throw some feta on there and you’ve got them all). Gyros are a way to offer something people already know and love in a way that’s a little different that what they might be used to.

And it’s not like pita and hummus — which each of these new spots serve and which most of the western half of the Mediterranean claims as its own — should seem particularly new or exotic to Philadelphians at this point.

Fries are involved.
…Which makes the gyro trend an obvious winner. They’re offered on the side of this Greek-American classic, as at Yiro Yiro, or stuffed inside the pita along with the meat by default, as they are on Yeeroh’s menu. Moustaki offers lemon potatoes and also waffle fries (the best fry shape), which you can get on the side or piled into the aptly-named Spartan Warrior sandwich along with the epic combination of pork, chicken, lamb, pepperoni, feta, tomatoes, onion, olives, and tzatziki.

These restaurateurs are cooking from their community.
It doesn’t seem like this gyro mini-boom is a case of non-Greek chefs Trojan-ing the gyro without the chops to back it up: Each of the owners of these new spots come from families with Greek heritage — in Yiro Yiro’s case, two families. 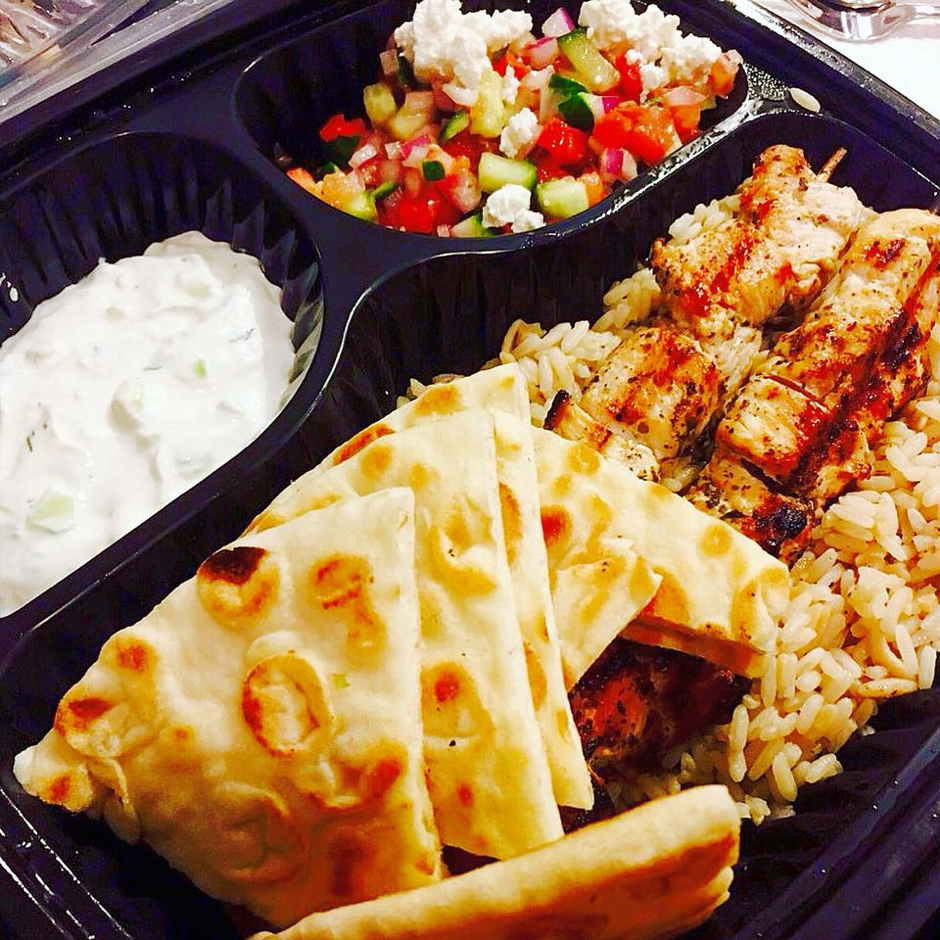 This is the latest phase in the fast casual-ization of every cuisine.
Through their branding and menus, all three of these new spots have positioned themselves as affordable and customizable, with build-your-own sandwich and salad options and mix-and-match mezze platters. Yiro Yiro even has its own Greek yogurt bar, with toppings like sour cherry preserves, baklava crumbles, and dried figs, and at Moustaki, you can remix Greek ingredients onto artisan pizzas.

But the quality and the price point are what make or break a fast casual model, and here, all three seem set to succeed: gyros are priced under $10, and these spots are stacking their own skewers of meat, rather than relying on frozen cones of ground and blended meats that sometimes give gyros a bad name. (Moustaki doesn’t even offer lamb gyro for this reason, choosing to offer pork and chicken gyro-style and preparing lamb souvlaki, marinated on skewers, instead.)

If the gyro is poised to become Philly’s new favorite food, we’re all for it — and the trend is off to a great start.