Taste Resistance at the PHL Assembled Kitchen This Month

From bitter to sweet, the new menu at the PMA's Perelman Building cafe highlights the flavors of communities who have endured. 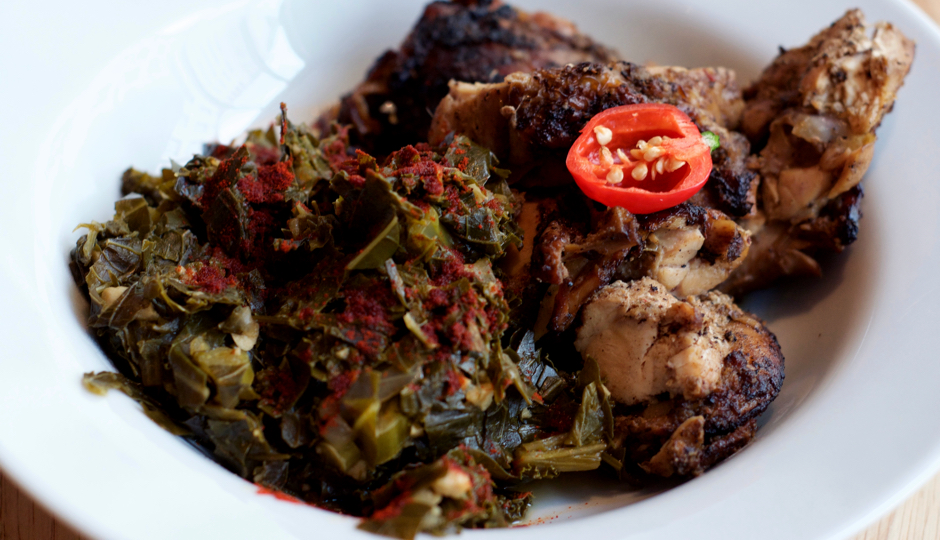 PHL Assembled, the Philadelphia Museum of Art’s sprawling, multi-year project initiated by Dutch artist Jeanne van Heeswijk and led by a team of more than 150 community-based artists, activists, farmers, chefs, and community members, opened as an exhibit in the Perelman Building last month.

The exhibit — unprecedented at the PMA for its focus on the work of living artists from resilient communities all over the city — includes work made by and centering black, indigenous, immigrant, addicted, and incarcerated citizens. (If you haven’t seen it yet, go: admission to the exhibit is pay-what-you-wish through its conclusion on December 10th, and there’s a busy slate of workshops, screenings, celebrations, and discussions taking place as part of the exhibit.)

And part of the project is the PHL Assembled Kitchen, which has been serving a daily lunch menu curated by a team of organizers and culinary artists throughout the exhibition. First, they built their menu around the concept of Survival. Now through November 5th, a new group of chefs are presenting dishes around the theme of Resistance. 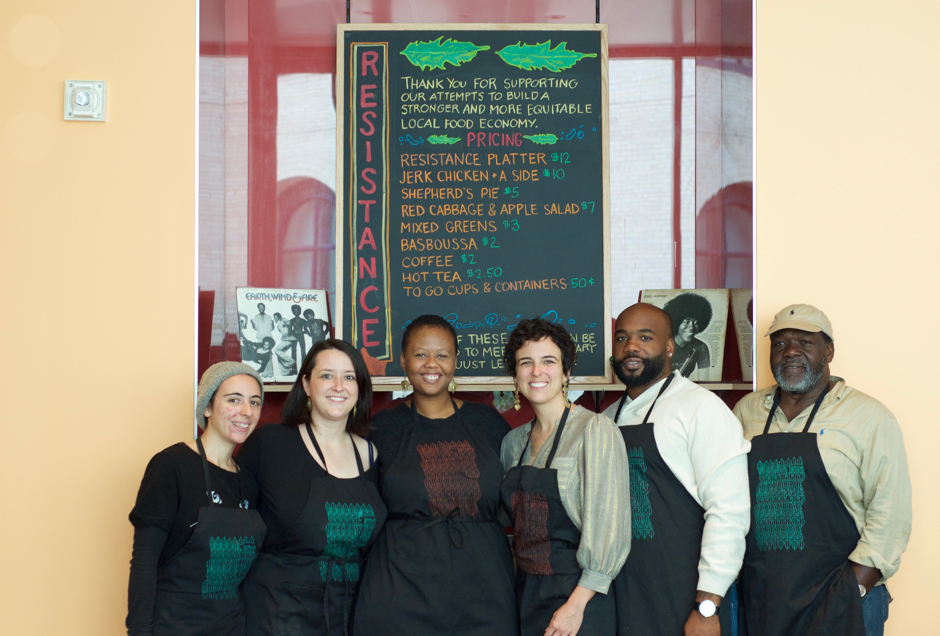 The culinary team took inspiration from Ntozake Shange’s If I Can Cook You Know God Can, in which the poet questions why the news of what a new president eats at an inaugural dinner is recorded and publicized, but the foods that oppressed communities eat to celebrate their victories at important moments in their history are not.

The chefs used this as a guiding principle, choosing ingredients that hold significance for them and their communities. The group developed three menus — Survival, Resistance, and Victory — that would tell these stories to guests at the PHL Assembled Kitchen.

What You’ll Be Eating

Each dish, from the vegan shepherd’s pie to the honey-soaked basbousa, has a story. Mouse over each one in the photo for more on the food and the chefs behind it. 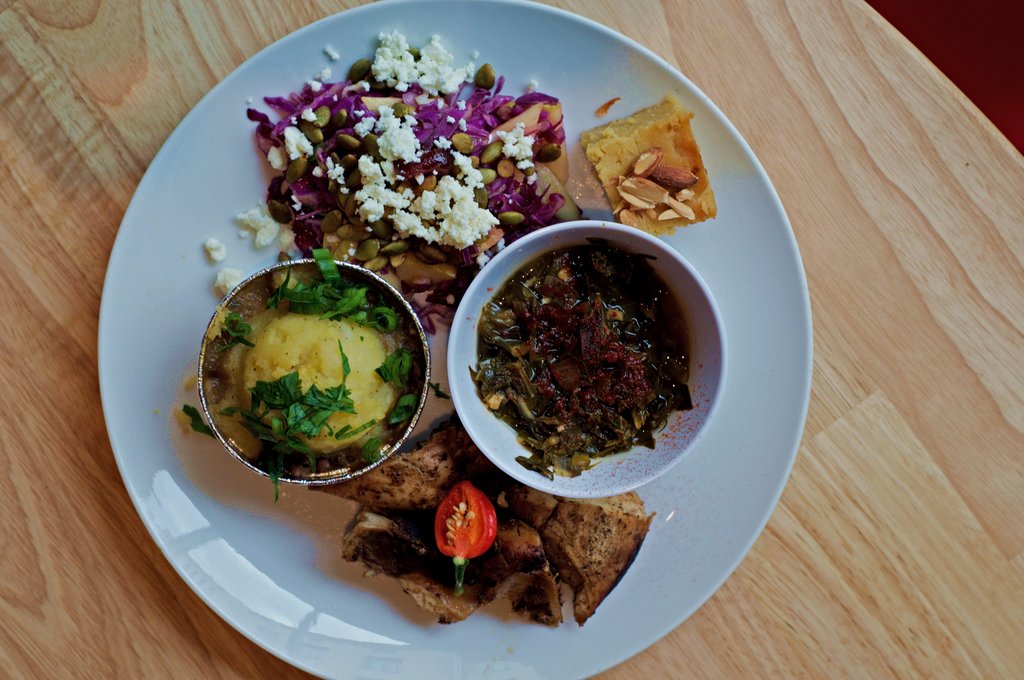 The Resistance menu features flavors bold and sweet, with tender and crisp textures. Taste your way through the menu a dish or two at a time or order up a Resistance Platter (below) to try it all. Dishes can be modified to suit your dietary needs — many of the items are already vegan or vegetarian — and the spice on the jerk chicken can be dialed back to mild by request. Or for a little more fire, top your greens with chef Alicia Moloney’s TOT’s Hot Sauce, also available in the building’s gift shop.

And for dessert, there’s Sister’s Original Supreme 24 Karrot Pie, a custard of sweet carrot puree flavored with warming spices and baked in a tender crust. It’s made by entrepreneur and baker Sister Nefertari Muhammad, who will contribute her butternut squash pie recipe when the Victory Menu, PHL Assembled Kitchen’s triumphant third phase, debuts on November 7th.