Chef Damon Menapace decided to go a little crazy with a few of his rib eyes. 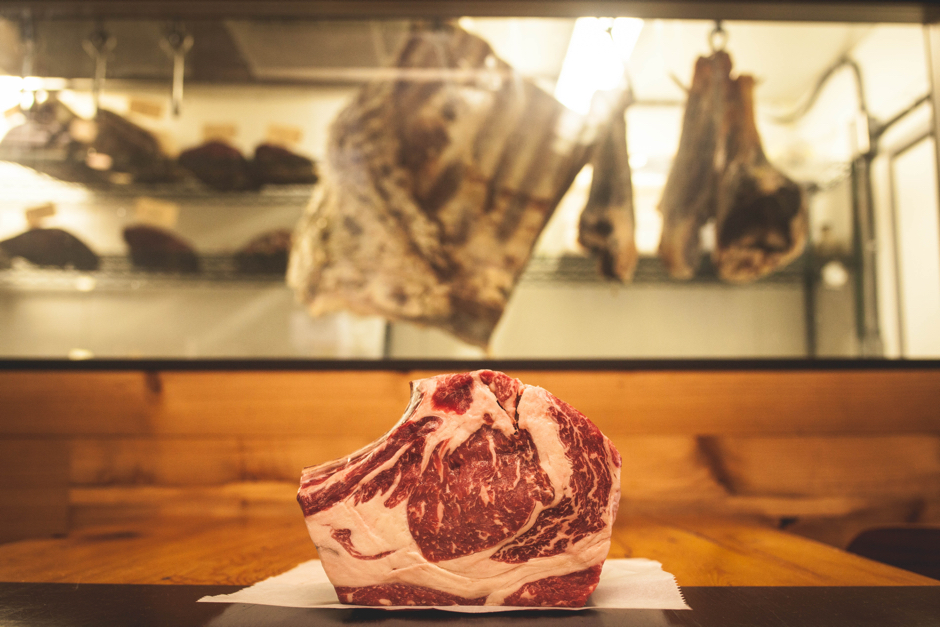 A couple months ago, someone asked chef Damon Menapace if he’d ever heard of anyone dry-aging a steak for 100 days.

And okay, so to a normal person, that might be a weird question. But Menapace is the chef at Kensington Quarters — a restaurant that takes meat very seriously. So Menapace thought about it. He researched a little. And while 20, 30, even 40 days of dry-aging is not uncommon, things get a little weird when you get north of that.

Sure, there are people that go longer as a stunt. There’s always going to be someone who finds some arbitrary number and wants to go one more. That’s why we have world records for things like hula-hooping and enormous pumpkins. 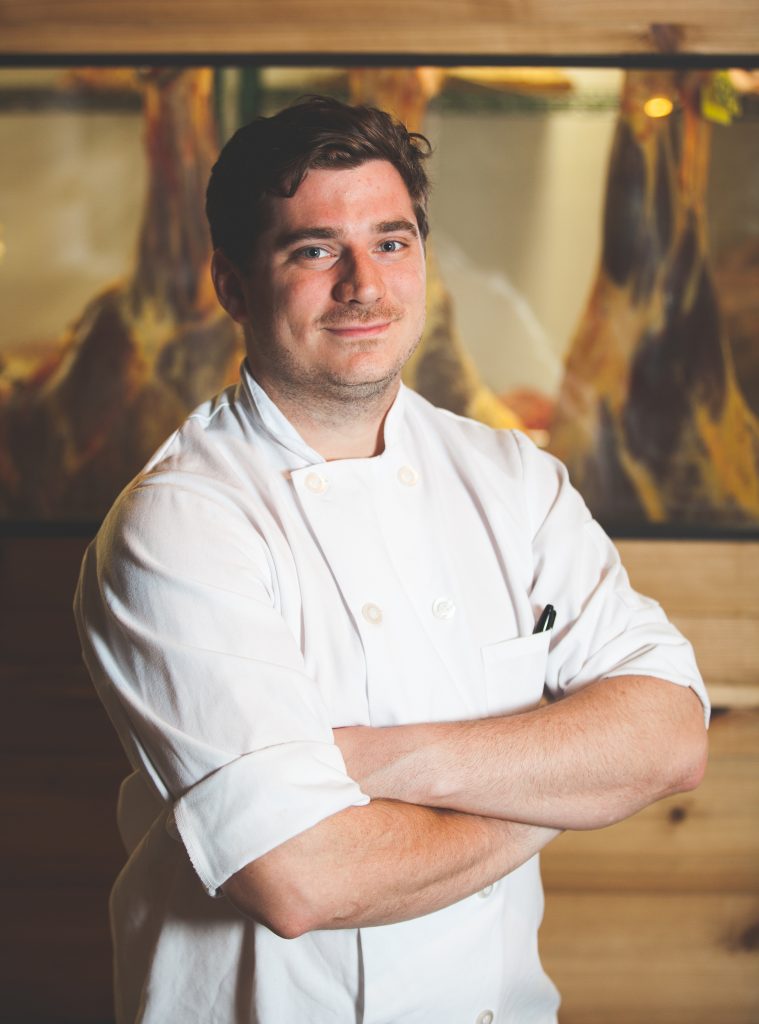 But 100 days is still up there. It’s rarified territory. And when Menapace thought about it, he figured, “Why not?”

No, really. That was his reason. When I asked him about it, he told me the whole story about the person asking him, about the research he did. He told me that he looked in his coolers at Kensington Quarters and realized that he was over on his rib eyes anyway, and had a cut that’d already been aging since early July — a few weeks old at that point.

But really, his reason was, “Why not? I mean, we have the access to the meat here. We have the ability to do the aging right. And we have the space to hold it. So why not?”

So he let it go, keeping a close watch, wiping it down with white vinegar, controlling the humidity carefully. For months, the big slab of bone-in meat lost moisture, concentrating its flavor. It grew more and more tender as the proteins broke down. A 45-day dry-aged steak is powerful. There’s a kind of funky, cheesy taste to the meat, and an incredible focusing of the flavor. It is tender like you wouldn’t believe.

At 100 days? All of that will be multiplied. Menapace believes that his 100-day steaks will be incredibly tender. “The fat will melt incredibly smooth,” he says. And the flavor should be amazingly concentrated. “I have a feeling it isn’t going to be as funky as you think,” he says, “Because of the bone and the fat cap, it was a well-protected piece of meat.”

Even still, between moisture loss and the amount of dry rind he’s going to have to cut away, he figures that he’ll have lost about 50% of the weight of the original cut by the time it’s done. That’s why restaurants don’t usually sell steaks aged so long. The losses are remarkable.

But that cut that’s been in the box since July? It’ll be about 113 days old when he puts it up as a special this Friday, October 20th. Menapace figures he’ll get “7 or 8 nice fat rib eyes” out of it — 20oz cuts that he’ll serve with a spinach salad, scallion butter and beef jus for $100 apiece. Pricey, sure, but when are you going to get another chance at a steak like this?

It’s meant to be a meal for two. And he hopes that he’ll sell all of them on Friday. Because if this experiment works, he’s got another cut that already been in the box since late August — 65 days old now, and just waiting for the right moment.