Where to Eat This Weekend: Dinner at the End of the World

Plus last chance for outdoor tacos and getting the meat sweats in Headhouse Square. 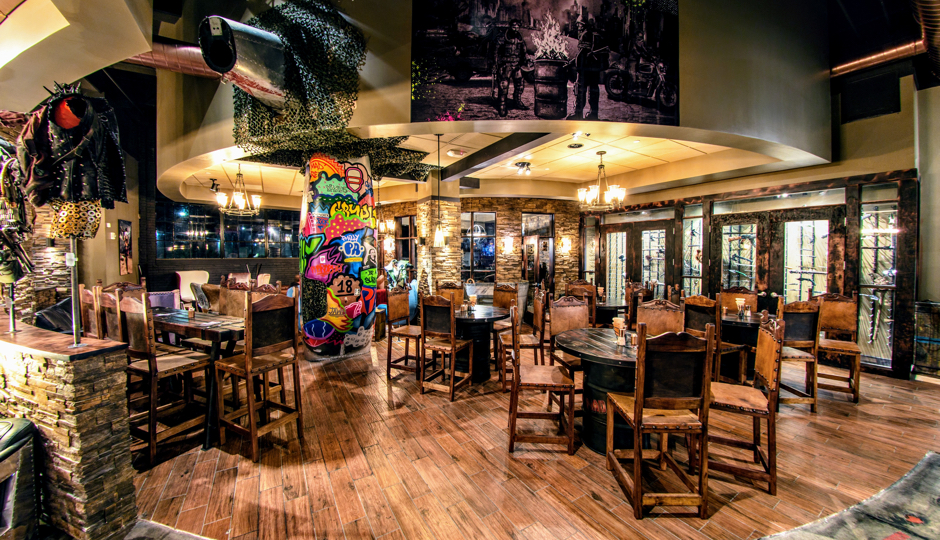 Looking for somewhere new and exciting to eat?

Don’t worry. We got you. Here’s where the Foobooz staff is heading this weekend.

Malbec Argentine Steakhouse is this strange meat playground on 2nd Street in Headhouse Square. Grab a friend and get the beautious for two — a cast-iron pan of short ribs on the bone, blood sausage, chorizo, grilled sweetbreads and skirt steak. You can stuff yourself full of meat, gnaw on those bones like a caveman, and wash everything down with a pitcher of sangria.

Dinner After the End

You guys heard that Mad Rex is open now, right? And while we’re not generally in the business of recommending theme restaurants, this place just seems…insane. But like, in a good way. I mean sure, it’s a place that calls itself the world’s first post-apocalyptic theme restaurant (and virtual reality lounge) and announced its grand opening today by driving a giant battle truck through a ribbon, but they have a serious kitchen and cocktail program and the dining room (pictured above) is the kind of thing you just have to see for yourself. So yeah, you should go. Because there’s still a part of me that thinks this is some kind of massive practical joke and that the entire place is going to turn into a Bath & Body Works by next weekend. So I’m going to check the place out while I still can.

Taco Angeleno is closing for the season on October 28th. You know what today is? NOT October 29th. Which means that you still have a little time to score some excellent tacos, and the weather should be nice enough that you can enjoy them outside. Oh, and as a bonus? Alex Jones reminds us that there’s a mini-playground for the kids.

Alex Tewfik’s post about the Pakistani fried chicken at Wah-Gi-Wah got me thinking about something else I haven’t had in far too long: Korean fried chicken. Remember when Korean fried cicken was the only thing that anyone in this town could talk about? And then, suddenly, we had like a dozen places that served it and suddenly no one seemed to care anymore? That’s weird. But now I have a serious craving for the other KFC, so I’m heading back to the place where I had it done best: Southgate. Their Korean fried chicken wings are super crispy, sweet, hot, sticky — everything you want them to be. I’m going for the soy-garlic sauce, but you do you.

Going to the Dogs

Because I know a lot of you out there are dog people, and because you’re going to be in Fishtown anyway (at Mad Rex), here’s something a bit quieter, calmer and less crazy to check out. The good folks from Dock Street are going to be at Fishtown Hops (Sugarhouse Casino’s craft beer bar) for a tap takeover. The cool thing? It’s a dog-friendly event with live music, pet adoptions from the PSPCA, Brewscuits dog biscuits (made with spent grains from Dock Street) and beer. Basically, it’s just an excuse to bring your dog to a bar, but that sounds pretty nice, right?