It's — no doubt — one of the best fried birds in Philly. 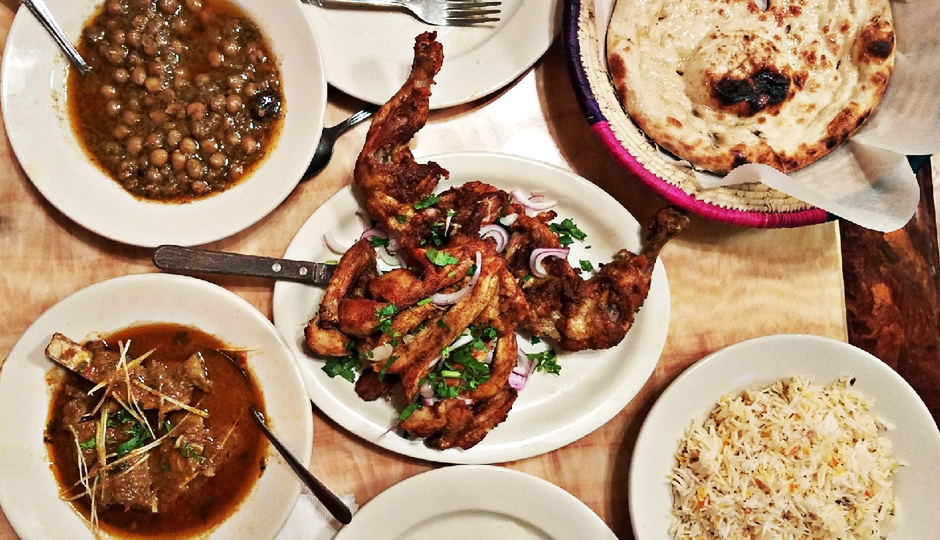 We are so lucky to have Wah-Gi-Wah, the Pakistani restaurant in West Philly at the corner of 45th and Chestnut Streets.

Sure, it’s not the most welcoming place in the world: The service isn’t exactly warm, and the space itself feels a bit too large for a restaurant that does so much take-out business. But that’s not the point. Those things don’t matter, and if you’re going there expecting any sort of mood lighting or glassware, then you’re going to have a weird night.

We’re lucky to have it because the naan is baked fresh and so coated in ghee you can practically see your reflection in it. Because, sometimes, if you want it, that same naan gets sprinkled with sesame seeds and stuffed with peppery beef (keema naan). Because it’s messy and fun and cheap.

And, above all else, because of that chicken.

You can order the fried chicken — on the menu as Lahori chargha — by the half-bird or whole (order it whole — it’s a showstopper). Before it’s dunked in hot oil, the kitchen gives it a good soak in yogurt, lime, and classic Punjab spices. And you better believe no piece of flesh gets left behind — the meat is scored so deeply, you can taste those warm spices down to the bone.

Then it’s deep fried so that the marinade morphs into prickly bark.

Use your hands. Rip at it as soon as it hits the table. Part of the fun is burning your fingers a little. It’s only slightly spicy, so don’t let that kind of thing concern you. Dip it into whatever saucy stuff you ordered on the side. Use some naan to scoop up the bits the fell on the plate.

Order it, all of it, anytime between noon and 11 p.m. (midnight on weekends).