From crusty baguettes to airy sourdoughs, Philly's bread game is on the rise. 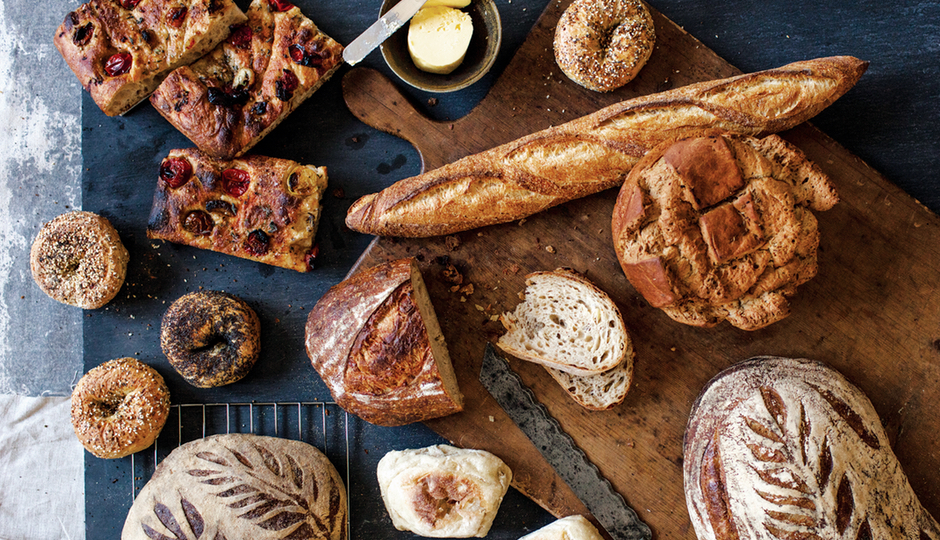 With flour-milling, natural fermentation and a lot of love, Philly’s new wave of bread makers insists on doing things the right way — the slow way. And because of these gluten geeks, our baguettes are now crustier than ever before and our sourdough loaves boast some of the biggest air pockets we’ve ever seen. It’s good eating.

Here, all the Philly breads you absolutely must get to know:

Philly Style Bagels, Fishtown
Order this: Everything Bagel
When Collin Shapiro and Jonathon Zilber stamped “Philly Style” onto their storefront, good bagels became our thing. Their offerings, boiled in vats of Yards IPA-plus-water, have a malty, almost deep-fried crispy outer shell, with absolute fluff in the middle.

La Colombe, Fishtown
Order this: French baguette
Since its inception, La Colombe has been an arbiter of Philly cafe culture, always looking toward the Parisian ideal (no wi-fi; simple menu). And when the Fishtown flagship opened, it hired a head baker (John McGrath), so your jambon-beurre — just herbed ham and butter — would come on a just-made baguette. Thankfully, they’re shipped out to local locations and available to-go. Various locations.

Taffets, Bella Vista
Order this: pumpernickel boule
Most gluten-free breads taste like chewy hunks of, um, drywall. But thanks to some wheat-free magic, Taffets has emerged as one of the best GF bakeries on the East Coast, with loyal patrons traveling from as far as D.C. to get their hands on its breads.

The Daily Loaf
Order this: sourdough
Anna Shiffler bakes her bread inside an idyllic 18th-century Berks County springhouse. Her sourdough starter is born from wild yeast; she uses only organic flour and can proof her dough up to 36 hours. And right before her loaves hit the oven, she carves lovely patterns into the mounds, making them look as good as they taste. Get her breads through the Red Earth Farm CSA, which has pickup locations throughout the region.

Philly Bread Company, Olney
Order this: Philly Muffin
The English muffin was due for an upgrade. Enter this Olney-based bakery’s take: the same deal you’re used to, except square and sturdier and made for sandwiching stuff. Plus, flavors like everything and heirloom wheat. Order in advance to pick up at the bakery, or find them at Di Bruno Bros., Weavers Way Co-op and the Rittenhouse Farmers’ Market.

Mighty Bread Company’s
Order this: three-cheese sourdough
The sourdough is amazing: impossibly large air pockets in the middle; a nice shatter on the crust. But when asiago, romano and parmesan cheeses get folded into the dough, the result is dizzyingly good, and what you should make grilled cheese sandwiches on from now to eternity. Their retail bakery opens in East Passyunk this fall.) Until then. order online at Mightybreadco.com; pickup is available in East Passyunk and Old City.

Published as “Bread Goes Old-World” in the October 2017 issue of Philadelphia magazine.