“There Will Never Be Another Hop Sing Laundromat In Philadelphia Ever.”

After five years at HSL, I sat down to talk to Le about idiots, hate mail and his expansion plans for "The World's Greatest North Korean Cocktail Bar". 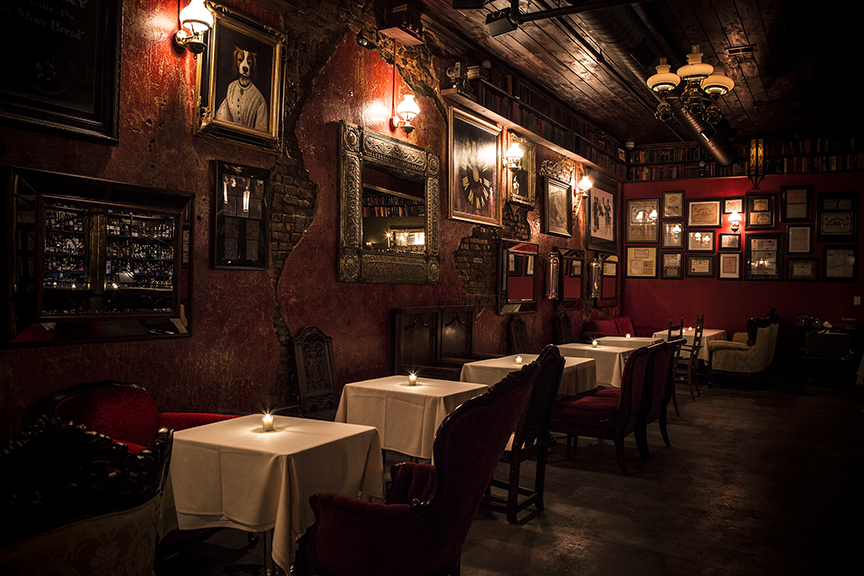 A couple years ago, I spent a bunch of time hanging out with Lê from Hop Sing Laundromat with the idea of writing a profile on him for Philly mag. It went well — or anyway, as well as such a thing could possibly go — and I heard a lot of stories and I took a lot of notes and I wrote what I think is a pretty decent origin story for Lê and his bar. It was probably more true than it was false which, when dealing with Lê, is about the best you can ever hope for.

But as it turned out, during all that time he never told me what has become my favorite story about the early days of Hop Sing. The one that probably speaks more than any other to his mind and his way of doing business. I heard it for the first time last week, during the 5th anniversary party he threw, while he stood on the bar, roaring and laughing and thanking the crowd of press and friends and regulars.

It was about the shower he had built in the back room.

An actual shower. Like for bathing in. The way he told it, his partner had brought it up to him, asking why Asian restaurants (which is what the space at 1029 Race Street was before it was Hop Sing) have showers. And Lê told him they don’t. That he’d had that shower built in the employee restroom because if Hop Sing failed, he was gonna have to live there until the lease ran out and he wanted some place to be able to take a shower.

Outside, on Race Street, I asked him about the story and he told me, “It’s true, buddy. Absolutely true.” See, the way he looked at it, he had a five-year lease on the space. And Lê always felt like there was a good chance the place would fail. But he’d put everything he had into it — dollars and years and sweat and obsession—and with a shower inside, even if it did all go tits-up on him, you know what he’d have?

“The coolest apartment in Chinatown.”

Anyway, that’s Lê. That’s the story that explains those early days better than anything — the one I never got out of him back when I was trying to get everything out of him that I could. 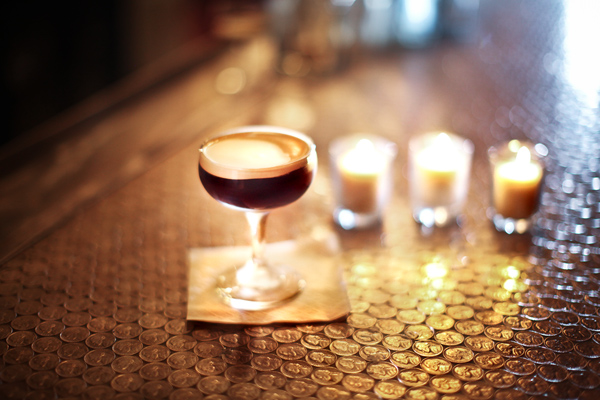 But even after hearing that story, I still wanted to know what he thinks now — five years gone from the original opening, with the benefit of a little bit of hindsight. So I asked him what he knew now that he didn’t before he opened Hop Sing. What he’d learned. And he told me that he’d had no idea how many people out there would hate him. How many people would make it a point to tell him (or anyone else who would listen) how much they disliked him, his place, his drinks. “There is a good amount of Philadelphians that loves to write hate mails,” he said.

He tells me that for the first six months that Hop Sing was open, his accountant wouldn’t speak to him because he was buying up some of the most expensive liquor out there and putting it in his well — selling it like it was Jack Daniels because he didn’t want to use cheap booze in any of his drinks. But that eventually the accountant came around. He tells me that everyone thought the place was going to fail — that he, in his worst moments, thought it was going to fail — and that he and his partner even considered finding some schmoo to hire as the face of Hop Sing. A fall-guy to blame it on when everything went to shit.

He didn’t end up doing that, for reasons that are very personal and, weirdly, have everything to do with the Battle of Little Big Horn.

I asked him what the last thing was he did before opening the doors to the public, and he told me. “Fifteen minutes before we open the door that night [on May 24th, 2012] I asked the entire staff to vacate the premise and go out and stand in the back alley. Then I walked through the entire place for one last inspection and I got on my knee in the dining room and faced the North direction.” I asked him what he planned on doing when he eventually closes the place — if he ever closes the place.

“When the end comes,” he said, “I hope to do the exact same thing.” 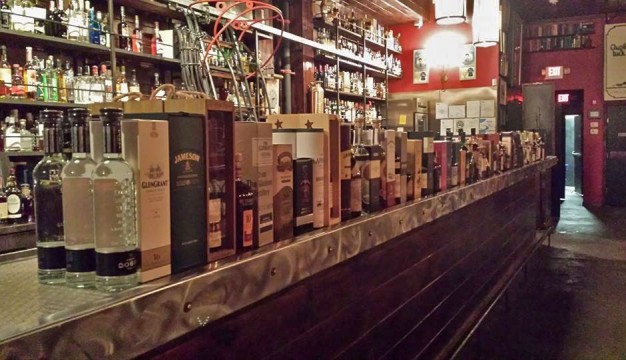 Still, things worked out okay. Hop Sing has been called one of the greatest cocktail bars on earth and one of the best-kept secrets in the world. Bon Appetit loved the place, saying, “Lê, HSL’s mysterious, singularly named owner, has an alchemical hand with drinks, connecting the dots between seemingly disparate ingredients—say, Vietnamese coffee and Smooth Ambler gin—in a way that feels at once deeply considered and effortless.” I asked Lê if he thought his bar deserved such an honor and he wouldn’t answer, then only answered with a question of his own.

“Is [Hop Sing Laundromat] one of the best cocktail bars in the world? I can’t answer that since I have not been to all other 29 bars on [Conde Nast Traveler’s list]. But I’ve been to some of them and I think they put us on that list because we are doing things differently than the rest of them and we are quite decent at what we do.” Plus, he said, it’s mostly luck. Which is bullshit self-deprecation, but he insisted. “That’s my story and I am sticking to it.”

For years, Lê has taken on the guise of a North Korean expat making cocktails for inferior American drinkers, taunting the inferior American press. He does it because it pisses some people off. Because it is ridiculous. Because he thinks it’s hilarious. As of last week, Hop Sing had roughly 1,700 people on their list of those banned for life. Some of them for being jerks or taking selfies at the bar. Most of them lately for tipping poorly. “I used to work as a bartender and server so I am not going to force my staff to serve you knowing full well you’re a cheap bastard,” he told me. And he’s happy the way things worked out with the rules he put in place when he opened. Five years in, there’s never been a fight at Hop Sing. Hardly ever a raised voice.

But some things are changing. Like, for example, his “No Sneakers” rule. “It started out as a joke,” he explained. “Because the local press told me that I couldn’t enforce it in Philadelphia and that the people [would] boycott our business. I must say that I’m deeply disappointed that the boycott never took place.”

Still, the sneakers thing? It was meant to be in place for a couple of weeks. A thumb in the eye of those who told him it would never work. “But then these idiots started cursing and threatening us at the gate so we decided to keep it. But now, after five years, it’s time to put it away. But I am gonna miss baiting morons into telling me how much [their] sneakers cost.”

As for the future, Lê always has plans. I can’t tell you how many calls I’ve gotten from him, how many middle-of-the-night texts with photos from odd places (Brooklyn, Los Angeles, Florida, most recently Chicago), asking me what I thought of this or that. He juggles deals like a carny does chainsaws — carefully. Every one is the greatest idea ever, until the next one comes along.

But because I am always half-convinced that the next time I stop by Hop Sing, it is going to be dark — locked and silent with no explanation forthcoming — I asked him what he was going to do next, and he told me a wine bar. Maybe.

“I’ve recently started to put together a plan for a wine bar and so far the research seems promising. The scale of the project and its originality is something that hasn’t been done before and I think it should work well here in Philadelphia. But what do I know?”

But what about another Hop Sing?

“There will never be another Hop Sing Laundromat in Philadelphia ever if I have any say in it,” he told me, but then hedged, saying that he might be open to the idea of doing another HSL in a major city. Some place like New York or Washington D.C. or Miami. The biggest attraction? He gets bored easy. Philly’s Hop Sing is a thing now. Five years in the rearview, he’s fought most of the battles he needs to fight. Proven whatever he needed to prove.

And anyway, he still opens the place every afternoon. Still locks the door every night. He’s done that every night that Hop Sing has been open and, recently, signed a fresh lease on the space. So Hop Sing (he says) is still going to be around for a while yet.

And if it ever becomes necessary, that shower is still there.