Eat Your Veggies at Morgan’s Pier This Summer

Everyone's favorite beer garden by the Delaware opens this week. Here's what you'll be eating. 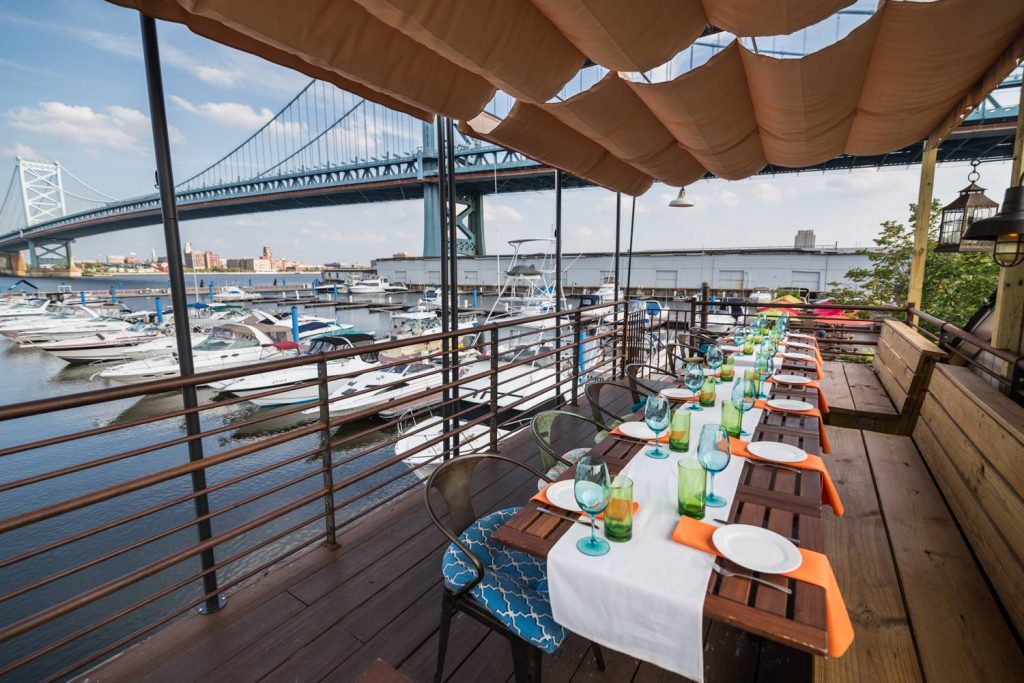 This Thursday, April 20th, Morgan’s Pier will open for the 2017 season, and if you’ve been following along, you’ll know the Helm guys — Kevin D’Egidio and Mike Griffiths, the chef duo behind some of the city’s finest locally and responsibly sourced eats — are in charge of the kitchen this year, putting their own spin on the tried-and-true cheffy backyard BBQ tradition.

Exciting, yes, but also curious. How can two chefs who’ve spent the better part of their careers in small kitchens working with small producers apply that same sort of philosophy to a mega-venue like Morgan’s Pier?

It’s all about the Chef’s Menu, that bottom section of menu which, in previous years, was where the chefs-in-residence got to show off what they did best. And the Helm guys? They love their vegetables, so the Chef’s Menu will showcase seasonal produce above all else. Otherwise, it’s the usual all-American cookout line-up: ribs, wings, seven layer dip, etc.

(By the way, “fatbreads” isn’t a typo. They’re thick-crust flatbreads.)

Peep the menus and get ready for the mayhem this Thursday. Doors open at 4 p.m. 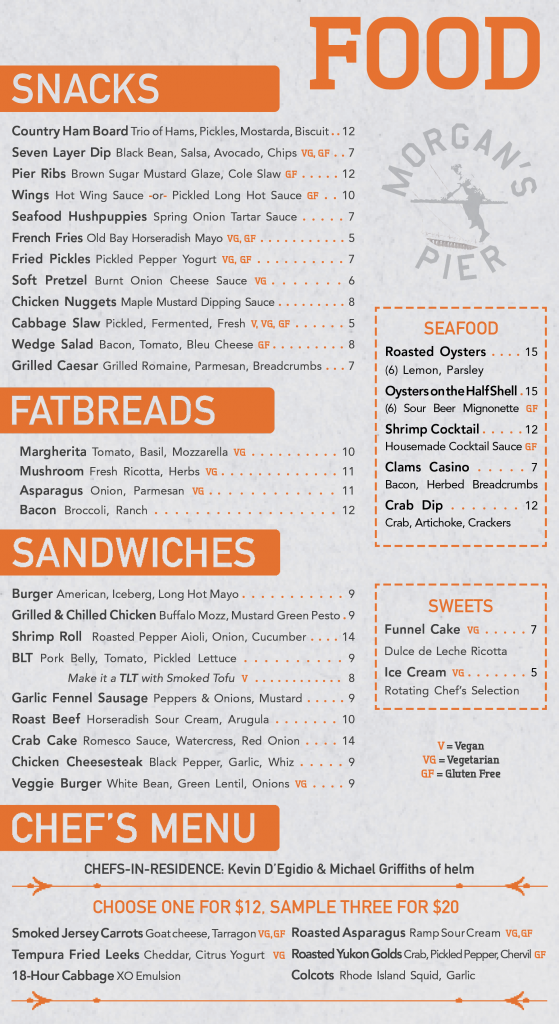 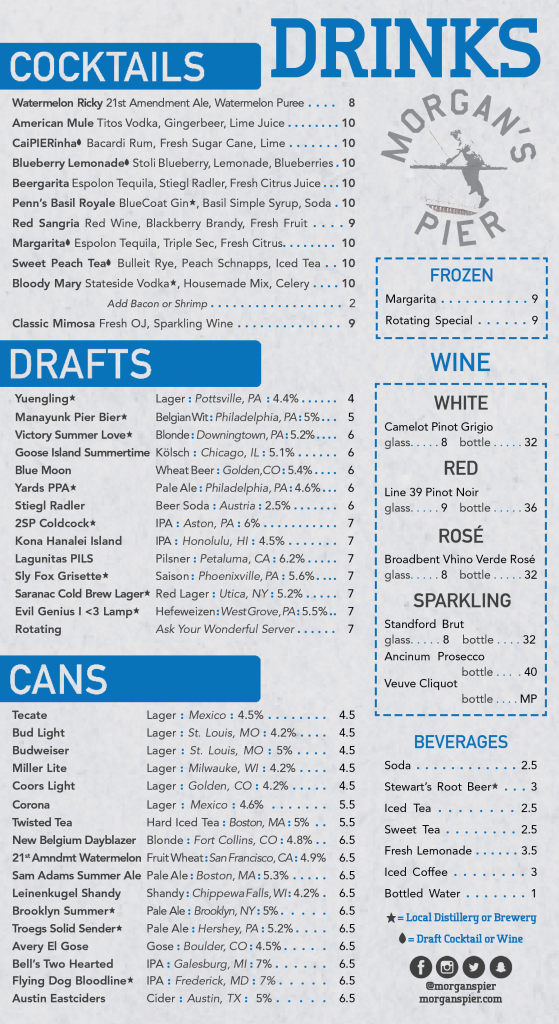