Kevin D'Egidio and Mike Griffiths are running the show for the riverfront beer garden's 2017 season. 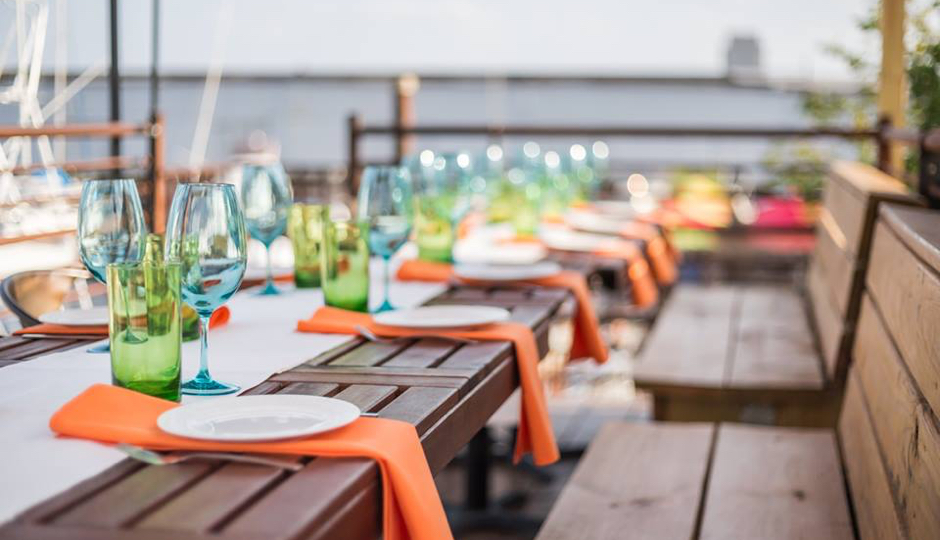 Every year, Morgan’s Pier plucks a big-named chef from the Philadelphia restaurant scene to head its kitchen for its 6-month season. In 2016, it was Jim Burke; 2015 was Nick Elmi and before that, David Gilbert (Koo Zee Doo), George Sabatino (Aldine) and David Katz. And every year, it’s a treat to see how each chef rethinks the “backyard barbecue” concept — always the theme of the Morgan’s Pier’s menu.

So when Helm’s chef-owner Kevin D’Egidio confirmed with me today that it would be he and his co-chef-owner Mike Griffiths running the show in 2017, I was curious as to how the two chefs might incorporate their kitchen ideals into the massive machine that is the Morgan’s Pier kitchen. The two worked, almost exclusively, in small kitchens for the better parts of their careers.

D’Egidio said that they’re sticking to their guns, running this kitchen the same way they’ve always run their kitchens. The scale is obviously much larger, so he’ll have to make some adjustments, but they plan to stay as farm-focused as they possibly can. Like at Helm, the Morgan’s Pier menu (still being finalized) will change over the course of the season, highlighting local growers and seasonal ingredients.