Here are the preliminary details. 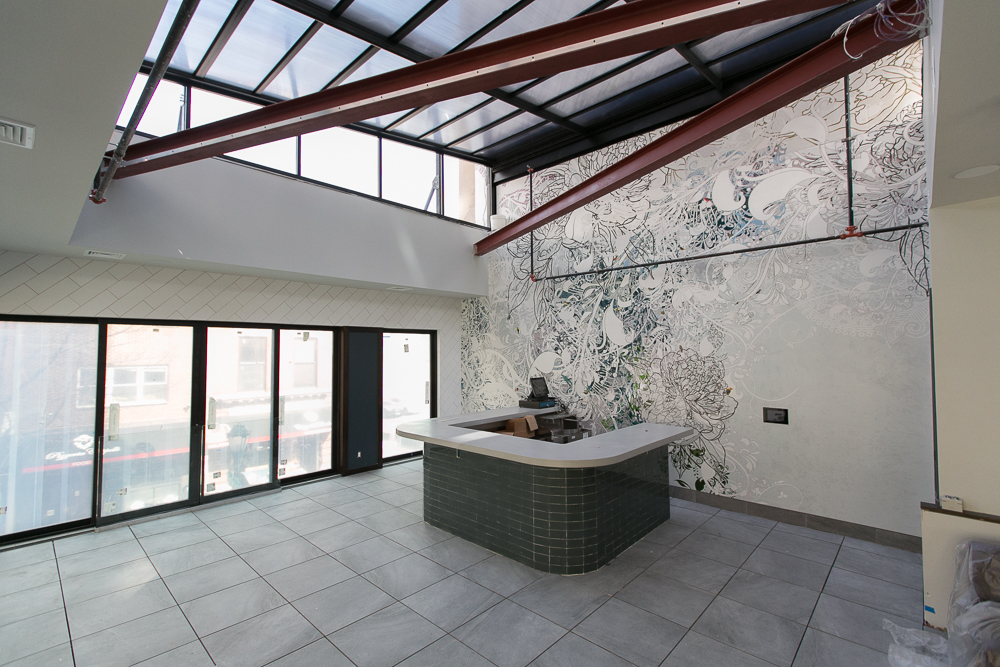 What started as a simple raze-and-rebuild at the corner of 13th and Chancellor Streets was set back nearly two years due to a fire-by-arson at the construction site. So Senat kept himself busy by consulting around Philly, opening a Center City taqueria and appearing on season 14 of Top Chef.

But hiring and training has already started at Maison 208, the building is nearly complete (about one more week of work), and its soft opening is coming sooner than you think. 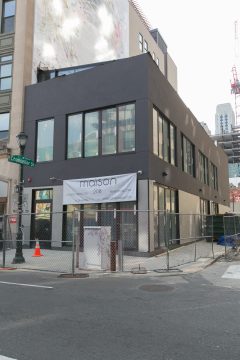 Despite its name (French for “house”), Maison 208 won’t be a French restaurant. Senat’s going with the New American route, French-influenced, yes, but not strictly so. As director of operations Stephen Yaeger put it, the team is shooting for a neighborhood, “2-3 times a week sort of spot.” The bar will have a wine focus, over 75 bottles with a white, pink and orange lean, each of them available by-the-glass no matter the price (courtesy of a nifty Coravin wine system).

The space itself has come a long way from its Letto Deli beginnings. It’s two stories high, all sleek with whites and grays, lots of windows for natural light, and a hand-painted mural which snakes into the restaurant from the outside, up to the second floor where the restaurant’s niftiest feature is revealed: a retractable roof — the first of its kind in Philadelphia.

Yaeger tells Foobooz that they’re aiming for a soft opening towards the end of April with limited menu items and fully-functional bar. The “real” soft opening begins the second week of May. The restaurant will open for dinner-only to start, with lunch and brunch following a few months after.

Stay tuned for menus and pictures.