Five reasons why Philly's modern Filipino restaurant should be on your restaurant radar. 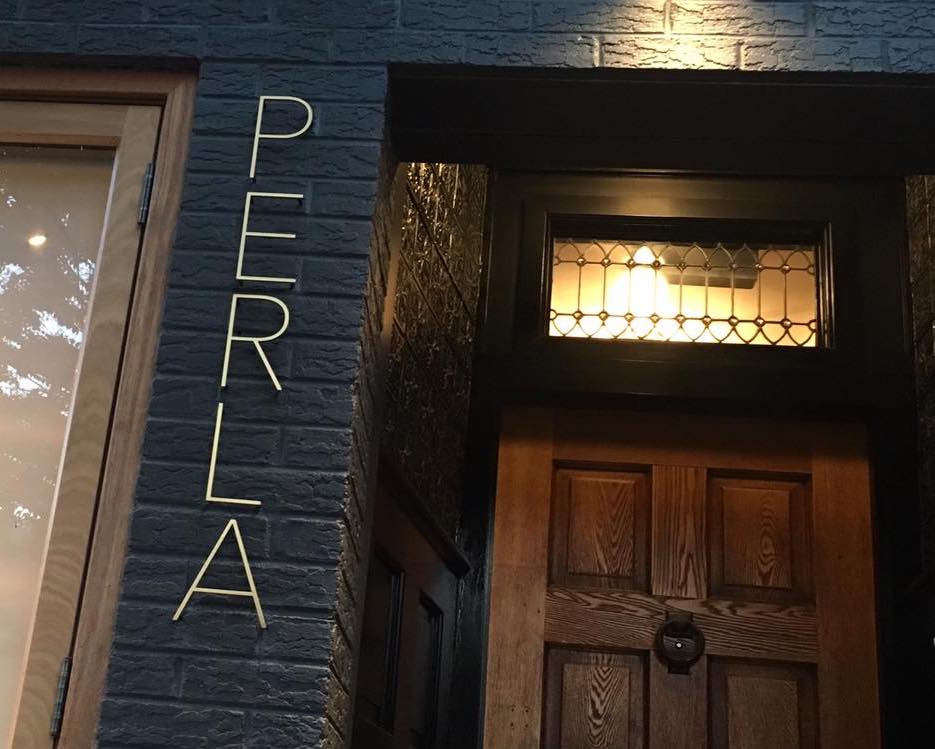 The inspirations for chef Lou Boquila‘s cooking at Perla are written in his history. Born in the Philippines, Boquila grew up on his mother’s traditional cooking. His first kitchen was her kitchen, and though it wouldn’t be until years later that he got one of his own, he learned his first lessons from her.

Fast forward. Boquila is in Philly. He gets a job as a dishwasher at Knave Of Hearts, goes on to study at the Art Institute, gets an internship with chef Kiong Banh at Twenty Manning, moves up. Starts working the line. Gets the sous chef job, then a chef de cuisine’s gig at Audrey Claire. He learns French technique, modern cuisine, but still… He remembers his mother’s kitchen, the foods he grew up with. And then, when he gets the chance to open a restaurant of his own, he makes it traditional and modern at the same time, Filipino, but inflected with French technique. And he calls it Perla, after his mother.

Perla opened in August at 1535 South 11th Street, right next door to Fond, looking out on East Passyunk’s Singing Fountain. It is BYO, small (just 30-odd seats), lovely and — most importantly — is a proudly Filipino restaurant in a city that hasn’t really seen much of that before. If you’ve already been there, you know how special the place is. And if you haven’t? Here are five things to convince you that it’s time to go right now. 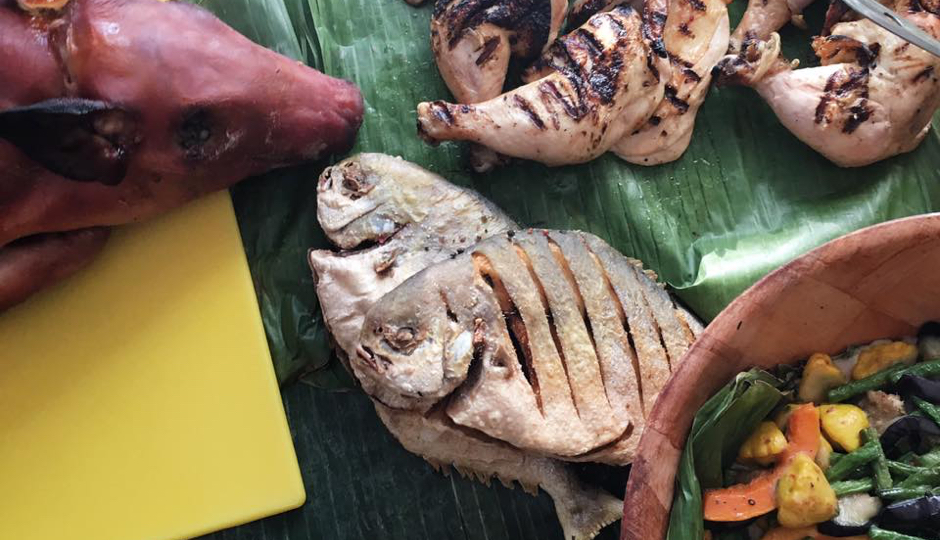 1. The family-style Kamayan dinners let you eat with your hands.

Philly offers a fair amount of large-format, family-style dinners, but we’ve got nothing like Perla’s Kamayan menu. On Wednesdays and Sundays, Boquila and his crew take the normally sleek and highly-polished dining room, strip away all the pretense (and the silverware), cover all the tables with banana leaves, and offer a massive, eat-with-your-hands feast. The cooks will come straight to your table, lay down a bucket full of rice, then top that with pork belly, whole fried seasonal fish, ground pork lumpia with ginger, chicken inisal with soy and Meyer lemon, little bibingka cakes and several different homemade sauces, and then you and all your friends just have at it with your bare hands. The entire thing will run you $40 a head, and is an awesome deal — the kind of thing you can’t get anywhere else but Perla.

Pro tip: The Kamayan dinner is offered on Wednesdays and Sundays. No matter when you go, you should get a reservation first, but if you’re looking to guarantee yourself a seat (and a little peace), go on Wednesday night. Word about the dinners has already gotten out, but for some reason, most people only think its available on Sundays — and Sundays, unsurprisingly, are crazy busy.

2. The rest of the week, you can use silverware.

On Wednesdays and Sundays, Perla does only the Kamayan dinners. But on Tuesdays, Thursdays, Fridays and Saturdays? Perla is this beautiful, pristine BYO offering traditional Filipino flavors done in Boquila’s modern, French-influenced style. And they let you use silverware. Perla’s kitchen does Spanish octopus with shishito peppers and the shredded, pickled, unripe papaya called atchara. Escargot with chickpeas, head-on prawns and acorn squash in a coconut-lemongrass broth, a pork cheek menudo, and pork belly adobo with sweet potatoes and beech mushrooms. The menu is full of surprises—of unexpected flavors and combinations of sweet, savory and sour all in a single bite. But one thing to remember…? 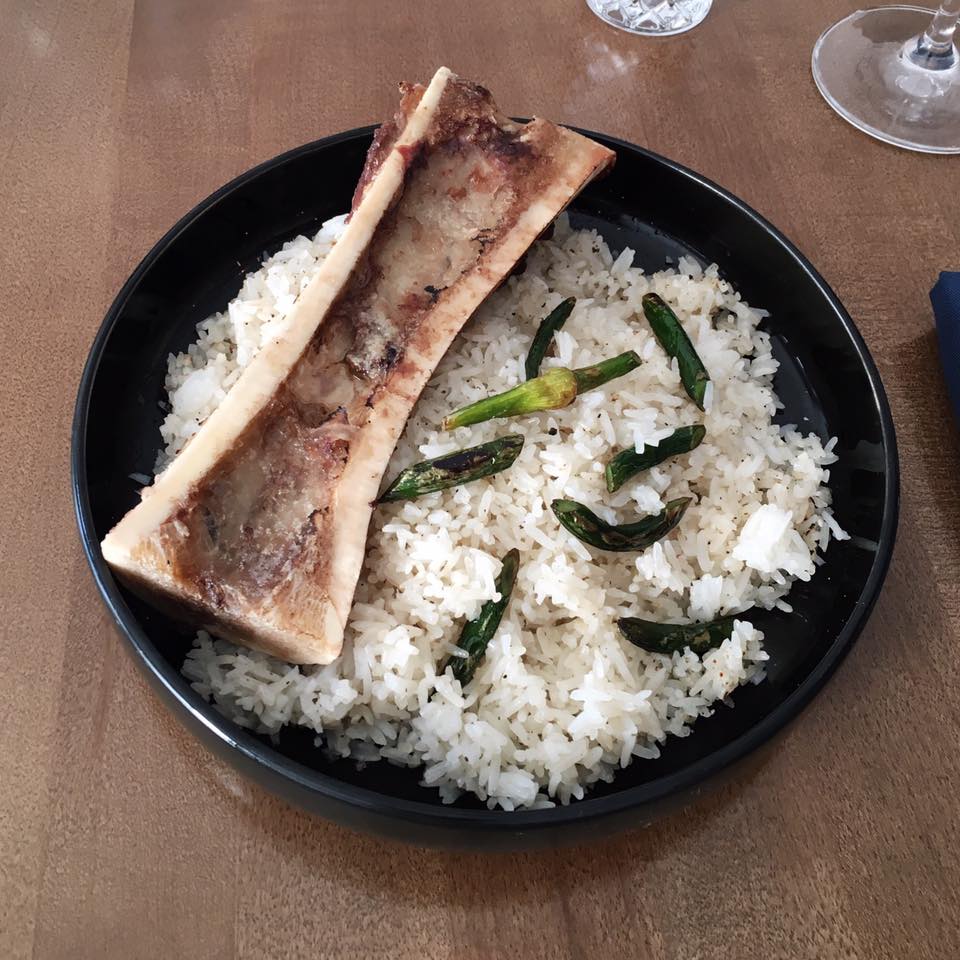 Filipino food is meant to be eaten with rice. But rice doesn’t come with these dishes when you order them, so you’ve got to order it alongside your dinner. But the good thing? The rice Perla offers — called sinangag — is the kind of thing that deserves its own spot on the menu. Basically, it’s jasmine rice made with lots of fried garlic and served with a couple big marrow bones on top. You scrape out the marrow, mix it in with the warm rice, and eat it right alongside your pinakbet, prawns or lamb shank.

4. Perla is a Filipino restaurant…in Philadelphia.

Yeah, that’s not something we’ve got a lot of. And I know how much we love our pasta, our hoagies and our pizzas, but like I said in last week’s review of Veda, the new(ish) modern Indian bistro in Rittenhouse, we’re missing so many things in Philly — so many different cuisines, so many different flavors — and the only way to make sure that those holes in our scene get filled is to support those chefs and restaurants that are trying to bring us something new. The good thing? The world is a very big place. In every corner of it, people have food that tastes like home. And places like Perla — where Boquila uses his menu to recreate the food memories he shares with his mother — make it easy.

5. And really, there are some Filipino foods that are right at home in South Philly.

One of the best things on Perla’s menu? Sisig. It’s a combination of pork jowl, pig’s ears, chicken hearts and liver, ginger, garlic and chili peppers, all chopped up into a hash with long hots and served with an egg on top that’s meant to be broken open and mixed with everything else so that the yolk makes a kind-of sauce. It’s a super-traditional Filipino dish, the kind of thing that any kid from the Philippines would recognize instantly.