Veda is trying to bring upscale modern Indian food to Center City. And this time it just might work. 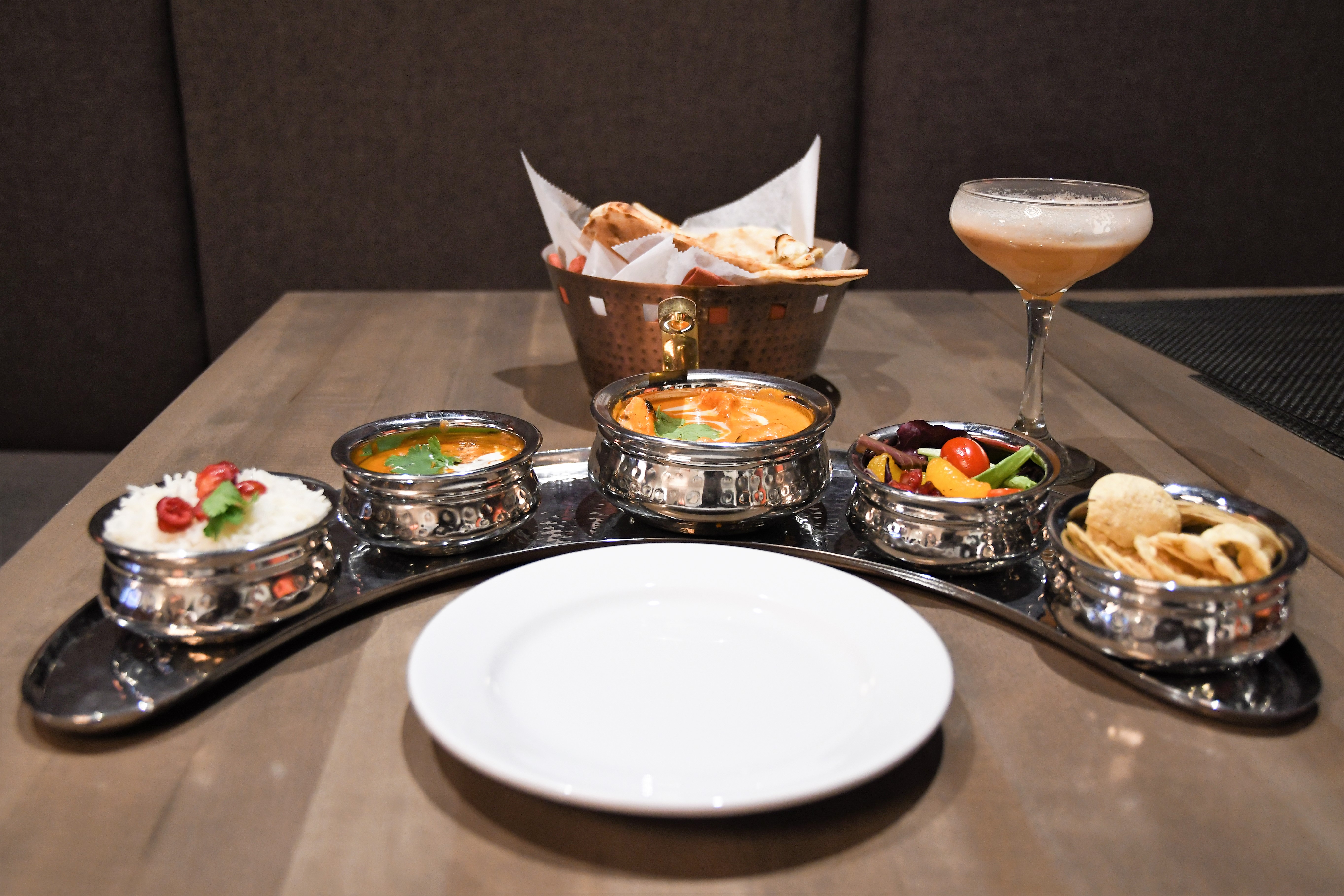 It started with the naan. With that crisp bite and barely risen chew, its weirdly rustic Rorschach shapes and delicate, lacy swirls of golden-brown clarified butter. The naan— that’s what won me over.

Admittedly, I already liked Veda a lot. From the minute I sat down, the minute I smelled it. But that naan? That’s what cemented it. So simple, so utilitarian and so right. I want it every day.

But caring so much about naan is pointless, I know. Naan is everywhere in Indian food. There isn’t an Indian restaurant anywhere that doesn’t offer one or two or 12 varieties, sometimes good, sometimes not. To go bonkers over naan is like going bonkers over the hamburger buns at McDonald’s.

ORDER THIS: Naan if you geek out over the simple things, and lots of channa to dip it in. Plus lamb vindaloo and rogan josh.

When you’ve gone without something you love for a very long time, finding even a decent version of it can feel like deliverance from a very bad place. And to find an excellent version—a categorically right and delicious, gently smoky, perfectly crispy and chewy and buttery version—feels a bit like magic.

This was how I felt about the naan at Veda. As it sat there on a table full of rogan josh and lamb vindaloo, surrounded by mounds of basmati rice and channa and the debris dropped from already eaten samosas and chutney-glazed Calcutta-style baby back ribs, I was focused on it—obsessed, really. Because when you get something so foundational so right, does anything else really matter?

Well, it matters that the sauces at Veda, with their full loads of earthy, nutty, sharp, bright, hot, sweet Indian spices, were thick and rich but never oily. It matters that you can taste the smoke on the meats that come from the tandoor and not taste smoke in those that don’t. It matters that the paneer squeaked when I bit them, and swam, not in soft, creamy spinach saag (as is so generally expected), but in a complicated stew of butter, burnt ginger, fenugreek greens and tomato, redolent of brick-colored spices. It matters that owner Inder Singh (an engineer turned restaurateur) and veteran chef Vipul Bhasin are making food that is of-the-moment, authentic but not hyper-traditional. It matters that they made that choice, stuck to it, and created their modern Indian bistro, with its happy-hour deals, jaldi jaldi (quick-quick) lunches and lively bar, right on the fringes of Rittenhouse, where there’s precisely nothing like it at all.

The space is sleek, shiny, polished to such a degree that I noticed the single bulb burned out in one of the dining room’s two chandeliers before it occurred to me how strange it was that I was eating chicken curry and cumin-spiced cauliflower under the glow of actual, you know, chandeliers. 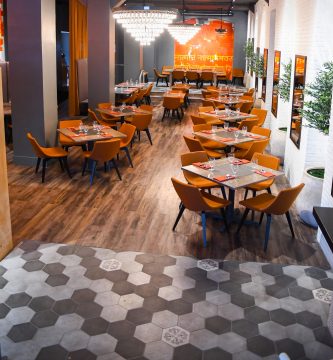 Highfalutin lighting fixtures aside, lunches are informal, fast and cheap, served on brass thali platters. There are fluffy haystacks of basmati rice, sides, toppings, extras, so that the rogan josh arrives with a somewhat gritty lentil stew and maybe some papadum, each in its own little bowl, while the Goan shrimp (not spicy enough off the rack to do justice to the regional appellation, though, to the kitchen’s credit, I was offered an option to have it made hotter) gets paired with delicious channa in a smoky curry gravy, more pappadum, plus a couple of crispy chickpea fritters.

Dinner at Veda expands greatly over lunch’s efficiency, covering everything from street food like ragda and samosa to kebabs from the tandoor and poached skate wing with Malabar tamarind and sweet and spicy red chili from Kashmir — a reminder of the breadth of Indian cuisine, the depth. If I somehow go six months without this particular spice architecture, grounded but unique, I will punch myself in the face for my perfidy and flighty, forgetful nature.

Philadelphia is missing  so many things. We can do Italian like crazy. French, sure. Gastropubs like no other city around. Yet we still have so many gaping, obvious holes in our restaurant firmament, and modern Indian—proper, polished sit-down Indian—is a big one.

Go for the naan and tell me I’m wrong. Taste the depth of flavor coaxed from and layered onto the vinegar-marinated lamb vindaloo, or the warm, round-edged comfort of something as simple as the channa, and tell me I’m wrong. Because I’ll fight you. I’ll trade a dozen carbon-copy trattorias for one place like Veda.

Because while it might not be the only thing Philly needs right now, it sure is a good place to start.