The story line of Open Stove XXXIII is an odd one: For the first time, the competition was comprised of two graduates of the COOK Masters Program: Christopher Ritter of The Grubhouse and Kris Serviss of Blue Duck Sandwich Company. For those of you who don’t know, the COOK Masters Program is an annual, free instructional cooking series at COOK, taught by some of the country’s biggest culinary names, for students who are truly passionate about pursuing a professional career in the restaurant industry. So we took two people who’ve graduated from the program, put them up against one another, and watched them fight it out.

Weirdly enough, one of them brought an orthodontist as his sous. Brad Podray, an orthodontist by day, a Philly food rapper by night, and periodically a Master Chef audition-er, was Chris Ritter’s sous for the evening. Why him? Why not an actual cook? Who the heck knows. Brad proclaimed, “It’s because I’m loud and funny!” And that he was. Team Blue Duck: Kris Serviss (right), and to his left, his sous. Team Grubhouse made something a lot less delicate, and a lot more heartier: 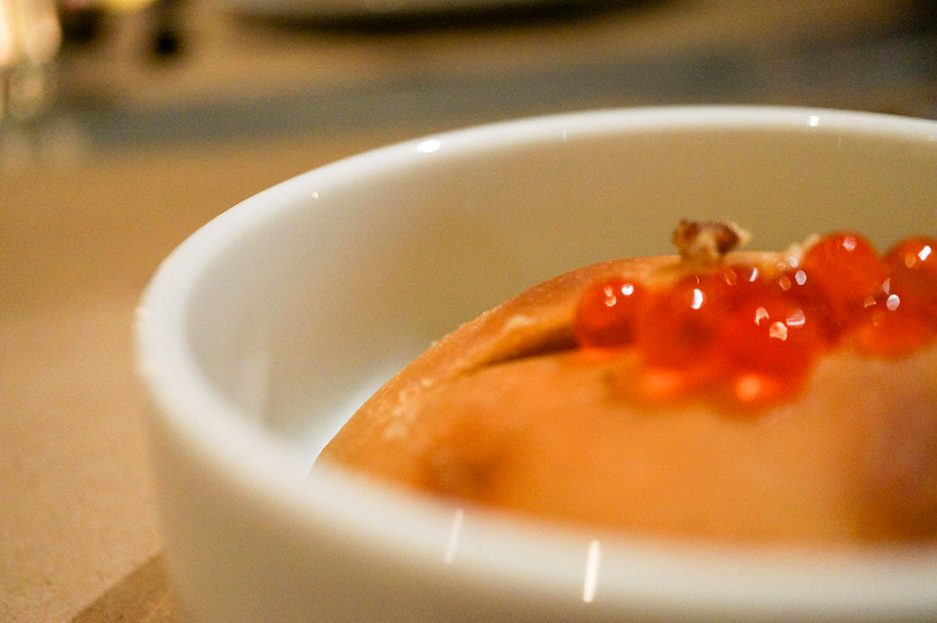 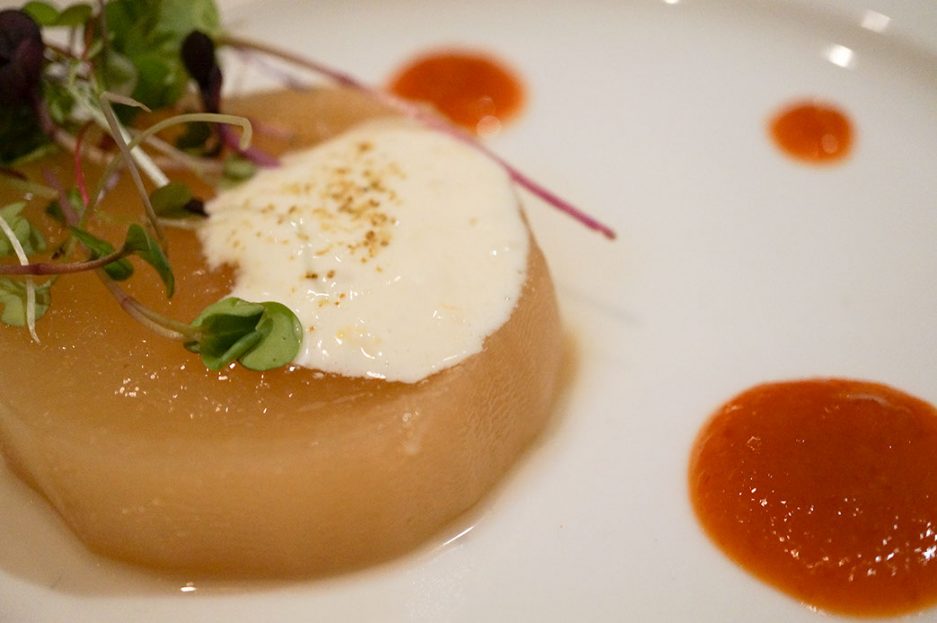 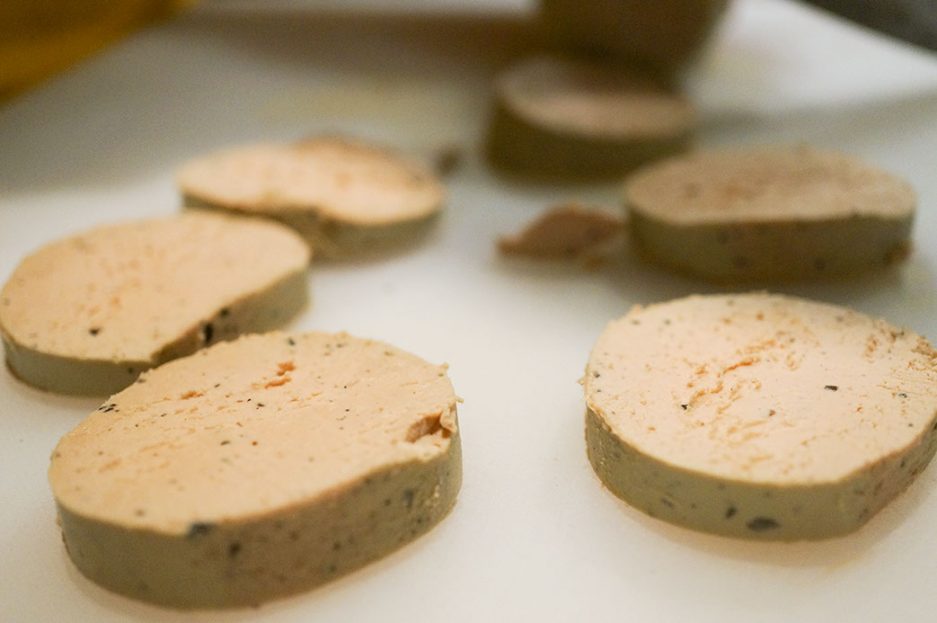 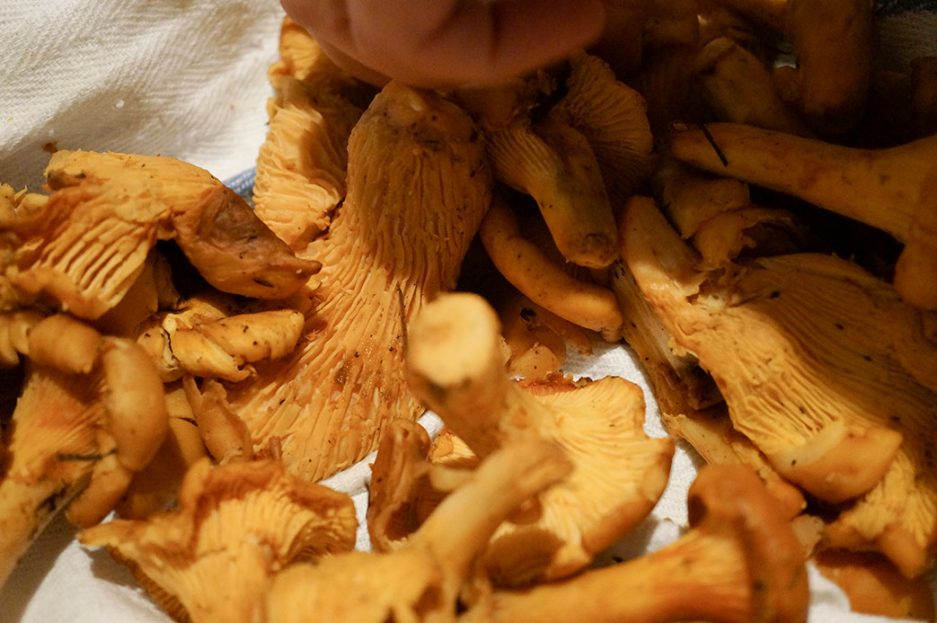 Truffle-spiked foie gras and Chanterelle mushrooms. A gift from Jason and Lily. Team Blue Duck made pan-seared scallops over seared truffle foie gras, with a Chanterelle-sherry cream ’round the plate. Team Grubhouse made a mushroom “scrapple” made with Morel, Chanterelle, and Porcini mushrooms, topped with broccoli rabe, alongside sauteed Chanterelles, doused in a foie gras-dijon cream.

Grubhouse has this sandwich called the Elvis Melt, with all your classic Elvisian ingredients: bacon, bananas, and peanut butter (and bacon fat powdered sugar). Blue Duck won the People’s Choice award at the 2014 Burger Brawl with their burger made of a blend of ground pork roll and chuck, fried quail egg, Cooper American, and sriracha mayo.

And so the secret ingredients were given: And all the while, the sous chefs had to do most of the cooking while Jason quizzed the head chefs with questions from the COOK Master’s course. Team Grubhouse made a beautiful breakfast platter of pork belly, mayo-fried rice cake, scrambled eggs, pork roll-creamed Cope’s Corn (which needs to go on the Grubhouse menu), with a touch of Sriracha. And for dessert, Team Blue Duck made a beautifully poached pear next to some fudge-y chocolate ganache, burnt blood orange, and nutella powder. The battle, always close, ended with the Team Blue Duck on top.

Surprisingly (and excuse the poor quality), the night didn’t start, nor end, like this: