Eagles vs. Giants Part Two: By the Numbers 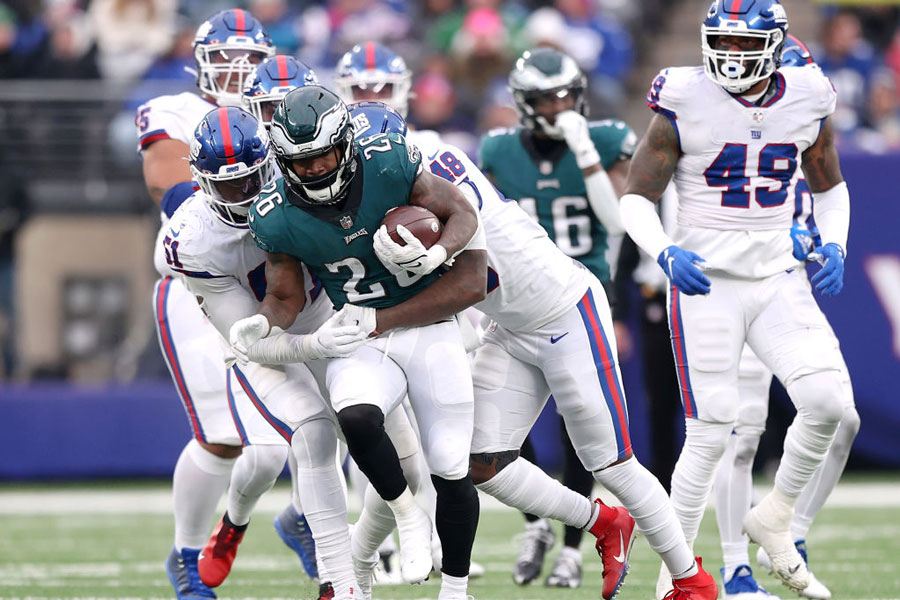 Miles Sanders runs with the ball against the New York Giants in the third quarter at MetLife Stadium on November 28, 2021. / Photograph by Elsa / Staff via Getty Images

The Eagles’ punishing ground game continues to roll. They are averaging an NFL-best 165.6 yards per game on the ground. That’s the most by an Eagles offense since 1950.

After their 33-22 week seven loss to the Raiders, which dropped the Eagles to 2-5, Nick Sirianni wisely decided to play to one of his team’s greatest strengths — their talented offensive line — and switch to a run-based approach. In the seven games since then, the Eagles have averaged an eye-popping 214.4 rushing yards per game and 5.2 yards per carry. The fewest rushing yards they’ve had in any of the last seven games was 176 against the Chargers. Oh, and the Eagles are 5-2 in the last seven games.

The Eagles have an NFL-high 68 runs of 10 yards or more. Quarterback Jalen Hurts has 28 of them. That’s the fourth-most in the league behind only the Colts’ Jonathan Taylor (42), the Vikings’ Dalvin Cook (34) and the Browns’ Nick Chubb (33). Sanders has 17. Jordan Howard has nine.

The skinny on personnel groups