“I put him in a headlock,” says West Philly’s Jacquelyn Blough. “And then I beat him to a pulp.” 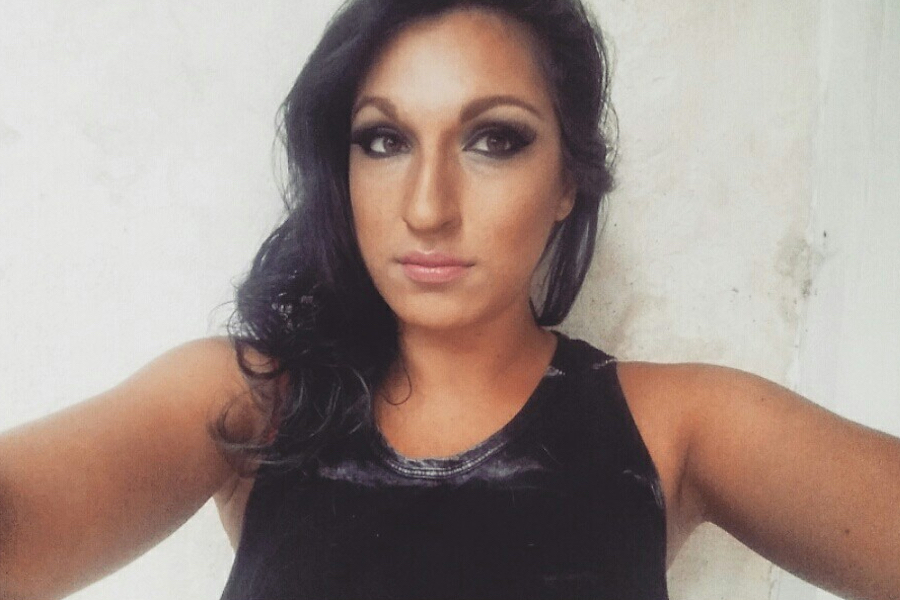 The Philadelphia Police Department is looking for a man accused of sexually assaulting a woman at a South Philadelphia bar, but the woman in question has already obtained her own little bit of justice.

Thirty-year-old West Philadelphia resident Jacquelyn Blough was hanging out at the bar with her girlfriends after midnight on Saturday, October 28th. She works at the bar and asked us not to name it.

She says that a group of guys standing nearby began chatting them up, as groups of guys tend to do with groups of young women, and that everything seemed perfectly normal.

But then, around 1:30 a.m., as the bar was approaching closing time, Blough says that one of the men came up behind her. She didn’t realize he was there. Then, she alleges, he forced his hand up her skirt and sexually assaulted her.

“He forcefully rammed his fingers up inside of me, out of nowhere,” recalls Blough. “It was awful. I spun around, and he looked at me and told me his was just kidding. So I put him in a headlock and beat him to a pulp. I’m a small woman and this huge guy couldn’t get me off of him. I beat him until he just couldn’t be beaten any further.”

Blough says that a staffer at the bar threw the guy out, and she left right away to get to a hospital.

“I could tell that my hand was broken right away,” Blough told Philly Mag on Thursday afternoon. “I had such horrible pain, and it was all swollen. I spent the next six hours at Penn Presbyterian, and then they sent me to the fracture clinic. I’ll be in this cast for four to six weeks. At least.” 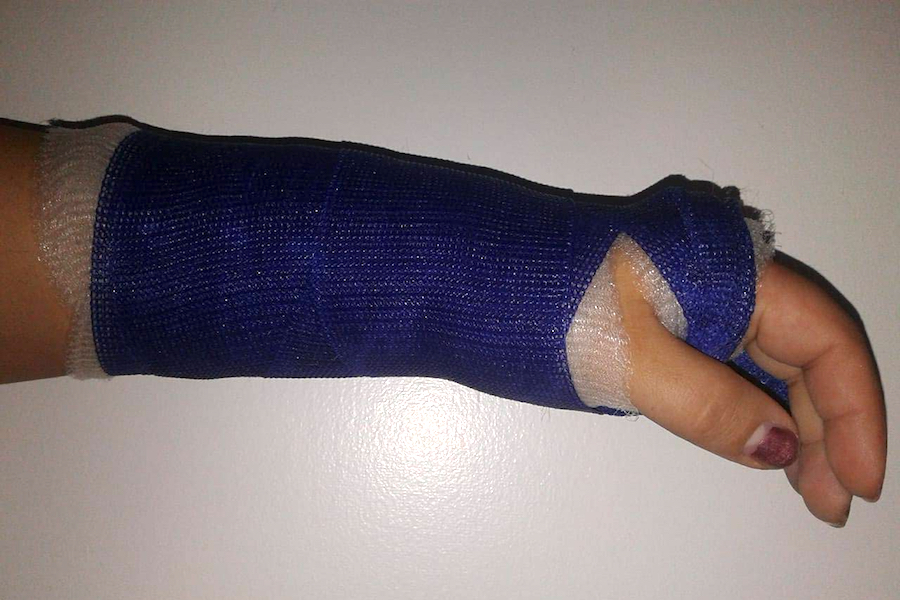 After she got home from the hospital, Blough says she decided to put it all behind her. But she couldn’t.

“I was in bed with my mind spinning,” she says. “I was feeling physically ill. I had so much anxiety, and I realized that this is not OK. This person should not be walking the streets. What’s he going to do to the next girl?”

On Wednesday morning, Blough reported the incident to the 17th Police District in South Philadelphia, and then she gave a statement at Special Victims Unit.

“They were great,” she says of the detectives at SVU. “They were very amazing and understanding.”

Police confirm that an investigation is underway into Blough’s allegations of sexual assault but aren’t releasing any information on the suspect at this time. Blough describes him as a stocky white male near 40, around 5’11”, who was wearing a baseball hat, sweatpants, and a T-shirt.

Adding to Blough’s problems is the fact that she can’t bartend with a broken hand, so she’s looking for any work that she can do until her cast comes off. She also doesn’t have health insurance, so a friend of hers set up a GoFundMe page on Thursday morning.

“I have to pay for the ER and the fracture clinic out-of-pocket,” she points out. “And now I’m out of work. It’s just miserable. One nightmare to the next. All because somebody chose to be a horrible person.”