The Freedom From Religion Foundation has fired off a letter against a proposed Villanova bridge with crosses. 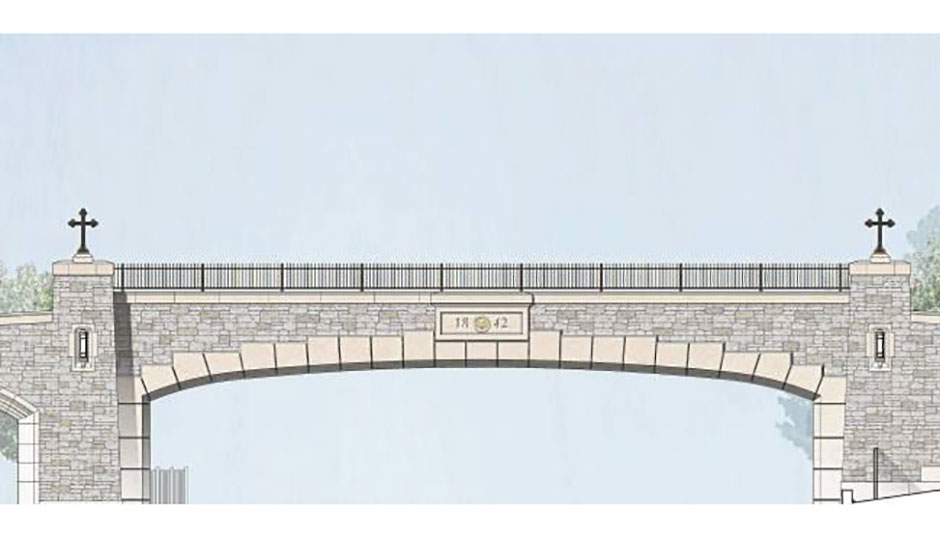 A rendering of the proposed Church Walk bridge over Lancaster Avenue.

Last month Radnor Township approved a new pedestrian bridge over Lancaster Avenue that Villanova wants to build. The bridge design has proven controversial due to the presence of two four-foot-tall crosses on opposite ends.

“The size of it and the safety of it concern me first,” one woman said to the Delaware County Times last month. “The crosses disturb me second. I don’t think if we had Beth Hillel University down the street in the next block that we would like to see the Star of David on that.”

But the bridge was approved. Game over? Not necessarily.

Main Line Media News reports that a lawyer for the Freedom from Religion Foundation sent “strongly worded letters” to the Radnor Board of Commissioners and the state Department of Transportation about the crosses on the bridge.

“It is illegal for the Department of Transportation to use public funds to construct permanent Latin crosses, even if part of a larger secular project,” Ryan Jayne said in the letter. “The Establishment Clause strictly prohibits the government from advancing religion. The Supreme Court has struck down grants to religious schools, even when the funds will not be used to advance religion directly.”

A blogger known as the Friendly Atheist has also written about it: “Why should local taxpayers be on the hook for a bridge that promotes Christianity?”

PennDOT told the Main Line paper that only a portion of the bridge is being constructed with state funds and Villanova is building and will own the bridge when it’s completed.