Nick Foles Is Coming Back to the Eagles 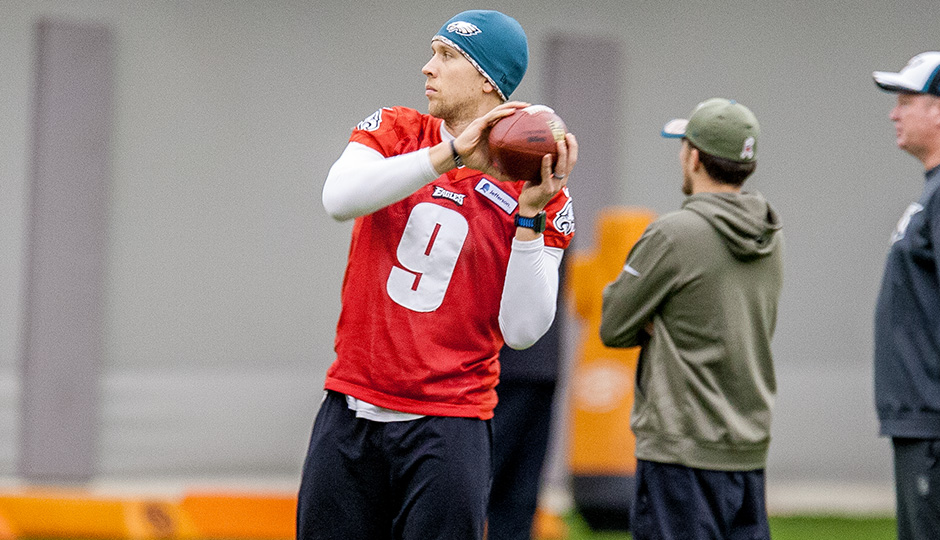 Nick Foles is an Eagle again.

This morning the Eagles announced they’d re-signed Foles to a two-year deal to back up Carson Wentz. The move means the Eagles are likely to trade (or even cut) last year’s backup, Chase Daniel.

Foles was a third-round draft pick by the Eagles in 2012. Originally Michael Vick’s backup, Foles started several games his rookie year once Vick got hurt. He was a backup to Vick in 2013, but became the starter again due to injury. His breakout game was in Week 9 against the Oakland Raiders: Foles threw for 406 yards and an NFL-record-tying seven touchdowns. He ended up throwing 27 touchdowns to just two interceptions in 2013, making the Pro Bowl and leading the Eagles to their only playoff berth since Donovan McNabb left.

Foles broke his collarbone midway through the 2014 season, and was traded to the Rams in the offseason for Sam Bradford. He was benched midway through his first season with the Rams, and was released after Los Angeles selected QB Jared Goff first overall in last year’s NFL Draft. He was the backup in Kansas City last season.

Doug Pederson, the Eagles’ coach, was the QB coach in Foles’s rookie season.