On the plus side: It’s a huge vote of confidence in a Philly startup. On the worrisome side: It’s the same VC that lost billions on WeWork. 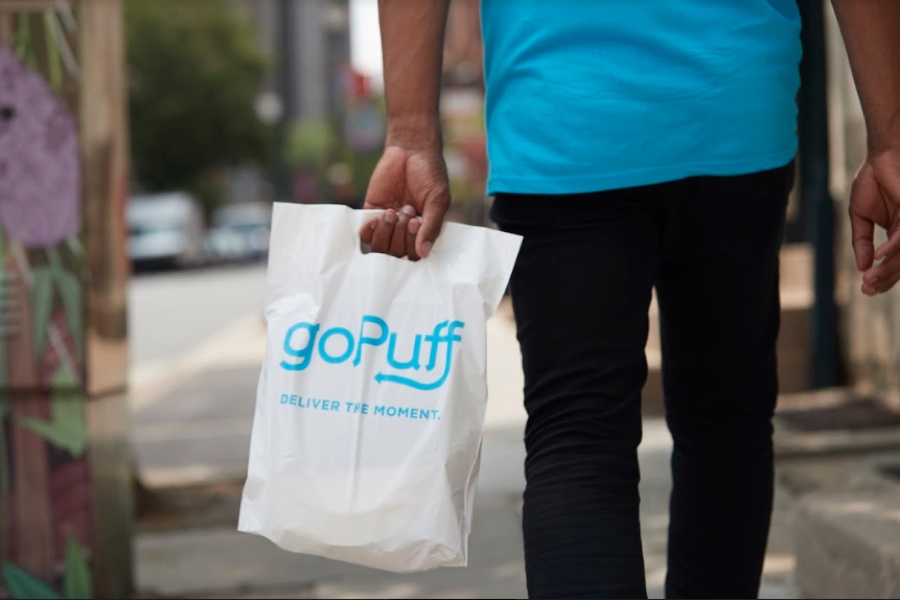 Once upon a time, Philly startup goPuff was a little company that raised $8 million to deliver hot Cheetos and rolling papers to stoned (or soon-to-be stoned) college students. That was in 2017. These days, goPuff is more mature. Sure, it will still deliver munchies-related accessories (along with sex toys and, in some locations, booze). But it will also dispatch ordinary household goods like shampoo, toothpaste, over-the-counter medication, and diapers.

A further sign of maturity: GoPuff now has the imprimatur of one of the biggest names in venture capital. According to a recent report from the tech industry publication The Information, goPuff raised $750 million last August from the Japanese firm SoftBank, home of the so-called Vision Fund, the world’s single largest venture capital fund. (Accel, a VC firm that has previously funded goPuff, was reportedly part of the deal as well.)

So why are we only hearing about it now? Raising $750 million — more than six times the company’s total funding to date, according to the investment tracking website Crunchbase — would seem to be massive cause for celebration for a company that began as a side project for two Drexel students. But rather curiously, goPuff has played it coy. The company declined to comment on the reported $750 million investment, which includes an option for an additional $250 million in funding.

Chuck Sacco, director of Drexel’s Baiada Institute for Entrepreneurship, has advised numerous startups with fundraising and expansion, and says there could be good reason for goPuff wanting to keep the big windfall under wraps. “Raising money shouldn’t be a cause for celebration,” he says. “It should be a means to an end.”

There is a different theory, too, floated by David Erickson, a Wharton finance lecturer who has chronicled SoftBank’s recent travails. According to The Information’s reporting, goPuff’s deal with SoftBank closed in August 2019. That happened to be a not-great time to be attached to SoftBank. WeWork, one of SoftBank’s biggest investments, was in the midst of a failed IPO that would eventually slash its (massively inflated) value from $47 billion to $7 billion. Uber — another recipient of billions of SoftBank largesse — also announced it had lost $5 billion in one quarter. (SoftBank, meanwhile, also announced last November that its $100 billion Vision Fund lost $8.9 billion from July to September of 2019, in large part due to WeWork and Uber’s struggles.)

So maybe goPuff was smart not to brag. But teaming up with SoftBank, which reportedly has plenty of internal strife of its own, could be a risky move. “Money is a double-edged sword,” says Sacco. “The risk is always going to be growing too fast and not being ready for that kind of growth.” But in his view, goPuff — currently in more than 150 markets — is already a mature, proven company. According to some reports, SoftBank is maturing, too; they seem to be less inclined to let companies hemorrhage money with no consequences and now expect its businesses to actually, you know, make money (or at least trend in that direction).

SoftBank has now invested in not one but two Philly-area startups, the other being Fanatics (founded by Sixers co-owner Michael Rubin), which received $1 billion in 2017. Biotech startups like Spark Therapeutics tend to monopolize most of the attention in Philly, but investments in both goPuff and Fanatics would seem to bode well for broader startup scene here.

The massive goPuff investment was surprising, says Sacco, but also not totally unexpected. “There has been enough startup activity around that something was eventually going to pop,” he says.

It may be too soon to be taking lessons from goPuff just yet, though. SoftBank’s own investment portfolio contains plenty of cautionary tales, from WeWork to the dog-walking app Wag, which SoftBank recently sold off after a failed $300 million cash influx.

What’s more, food delivery, with its low margins, is a notoriously difficult sector. In fact, in a recent letter to investors, GrubHub — which currently claims 30 percent of the delivery market share and is considerably later in its corporate lifespan than goPuff — suggested its only real avenue toward profitability was not through delivering food, but rather by selling restaurant advertisements on its platform.

GoPuff would likely counter that its business model differs from that of GrubHub because it actually owns its inventory, along with centrally located warehouses that conceivably help cut down on delivery costs. Whether that translates to profitability is unclear. Back in 2017, goPuff claimed it made money in the majority of its 20 markets; the company declined to comment on Tuesday whether its entire business was profitable.

Even SoftBank will want them to get there eventually. Good thing goPuff now has plenty of money to figure it out.