This Startup Finds Flights From PHL for Up to 90 Percent Off. But There’s a Catch.

George Zeng’s Moonfish website is like roulette-wheel travel: You pick from a limited set of destinations, and when you land there is up to chance. 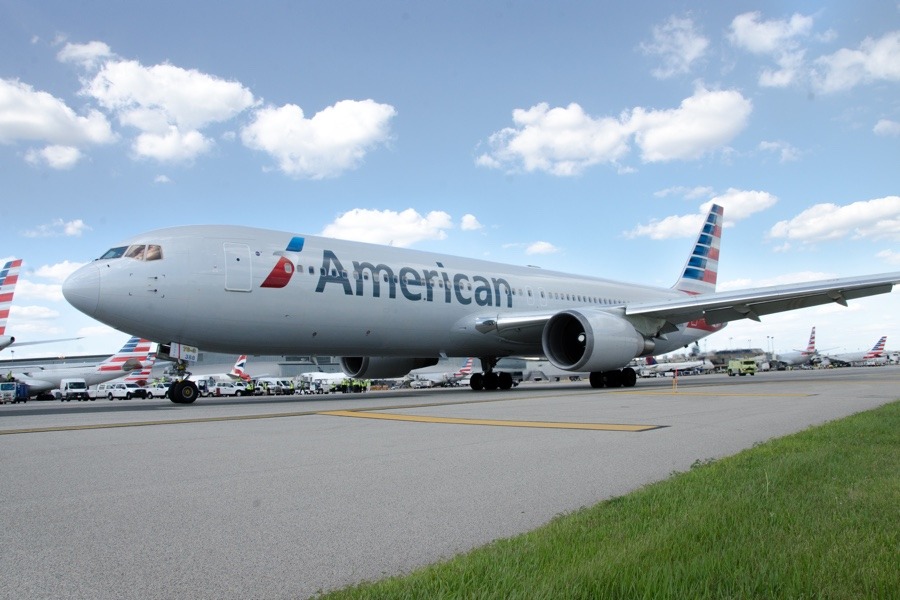 There are some deals in life you stumble upon haphazardly, like a gleaming pearl inside an oyster. But then there are the deals that can only be attained through cunning and brute force. Forget the random naturally occurring pearl — why not game the system to implant the material that produces pearls in every young oyster, and watch it grow?

That’s the sort of loophole George Zeng, a Wharton MBA grad and former engineer at Facebook, has leveraged with Moonfish, his startup company that finds cheap deals on flights leaving out of Philadelphia International — in some cases, like for a fare from Philly to Barcelona, for as little as $200 round trip, or 80 percent off.  The market may be saturated with discount flight trackers like Expedia, Kayak, and Scott’s Cheap flights, but here’s how Zeng says Moonfish is different: His site is limited to only PHL — at least for now — and it tracks prices on every single flight to depart from the airport, notifying you of the perfect time to book your exotic getaway. (You can sign up for free, or pay for one of two premium subscriptions — at $1.99 and $19.99 a month — which give you access to the most-discounted flights.)

The main difference between Moonfish and something like Expedia is that with Zeng’s site, you have very little control. It’s a bit like roulette-wheel travel: You don’t get to input your preferred travel dates or even destinations — the website spits those out for you, in order to find the lowest fare. In fact, when you click on a Moonfish fare, the site selects travel dates that are set, often months in advance, to the day. You might be able to manually tweak the departure dates by a few days here or there — but the point is, this is travel for those who are willing and flexible enough to jet off wherever and whenever the website tells you to. (And you probably won’t be flying direct, either: The deals we saw on Tuesday morning tended to have at least one layover.)  It’s a fairly radical reframing of how one conceives of travel — but then again, you didn’t think you could snag a round trip to Europe for $200 with no tradeoffs, did you?

We caught up with Zeng by phone on Monday afternoon — as he was in the middle of an Uber ride on vacation — to discuss his flight habits (he flies around 25 times a year), his preferred airline out of PHL (United — but really whatever’s cheapest), how he once found an international flight to Europe for $39, and how much he paid for his most recent flight (not very much).

How do airlines set their prices? For the average consumer — at least speaking for myself — the massive price vacillations don’t make a whole lot of sense. How does that process work?
There are many different layers in the airline travel industry. There’s a high range of variance in the prices because there are many different fare classes. When I say fare class, I mean beyond just Economy, Business, First Class. There are subsets within, say, Economy. Each one of these subsets will have their own individual supply and demand dynamic that is also subject to the supply and demand dynamics of other carriers.

For example, one of the things we saw for the data around Philly: There was a period of time when a lot of Asian carriers were dropping their prices. We suspect that’s because some Asian airlines were trying to win business and market share. So if you take all of that in terms of supply and demand dynamics across many fare classes, competition, oil prices, a lot of other macro factors, you can see the pricing dynamics of the fares are actually very complicated and fluctuate pretty wildly.

Lots of people try to fly out of the New York City area to get cheaper flights. Is that a wise strategy?
I think that is a fair thing to try to do.

Why does that work?
The way I think about how to get cheaper fares is basically to build in flexibility to your travel. The three easiest ways to build in flexibility: One is being flexible around the dates that you travel. The second is being flexible around your origin and your destination. Being able to build in flexibility around what airport you leave out of just means you have access to more deals that a person who only leaves out of PHL won’t. When you have more airlines leaving out of four or five different airports, there are bound to be discrepancies in the prices. The other thing you can change is your booking time. The month of May might not be a booking time for a trip to Paris; maybe June or July would be a better. Moonfish enables people to get good prices by utilizing this flexibility.

Sorry, I’m just getting out of the car, right now, give me one quick sec.

[To Uber driver]: You can drop me off here. Thank you!

Sorry, just popped out of an Uber. Basically, how Moonfish works is we search for flights out of an originating airport, let’s say PHL, for the next year. We’re able to sort of find and search across all the different permutations of flights leaving from PHL, and we surface the really good deals for people.

Why is that?
Because Scott’s Cheap Flights looks up flights manually. There’s a person who’s going on Google Flights and manually looking up flights, whereas we do this entire process programmatically. What we’ve basically done is built is a search engine on top of all these different flight data sources. I did a back-of-the-envelope calculation at one point in time — I was estimating, even with an earlier version of the prototype, we were getting several hundred times as much inventory as Scott’s.

Why did you decide to leave Facebook to do this?
Both my cofounder Craig Campbell and I love traveling. We left Facebook basically the same day and knew we wanted to work on something together. We saw that sometimes there were these crazy fluctuations in flight prices. At one point we saw round trip tickets from Miami to Paris for $39. We were like, “Holy shit, that is crazy!” I mean, if everyone could have flights like that, everyone would travel. I actually think, as an aside, some of the societal ills we’re dealing with right now, in terms of people not understanding each other, is due to a lack of empathy. I think a lot of those things are also tied to people’s ability to understand different people, different cultures.

So we were like, why don’t we go out and build essentially a search engine to help people constantly be able to find good deals?  Almost like an automated travel agent, if you will. We both love traveling, but the most painful part for us is spending hours and hours on Google Flights, Kayak, Expedia, constantly looking for that great deal.  Because both of us are also pretty cheap.

You live in the Bay Area now. Why choose Philly as the first place to launch Moonfish?
I have many fond memories of Philly. I started my last company [a healthcare monitoring service called AirCare] in Philly. When starting this, I thought, why not start this in a city I know really really well, that is in many ways the home of my entrepreneurial roots? And it’s simpler. In the Bay Area, or even New York, there are like three or four major airports. Philly has one.

For folks who don’t have that total flexibility to use Moonfish, but still want to find a cheap flight, are there any central tenets one should keep in mind, when booking a flight, to get the best possible deal?
The most important thing in trying to get a good deal is maintain some kind of flexibility. I think if you look hard enough, everyone can find some dimension of flexibility.

You’re traveling right now. Where from? Did you use your own software to get a cheap flight?
I traveled from the Bay Area to Boston to visit my mother in-law for her birthday with my wife. We haven’t deployed the full system in the Bay Area, but I did use some of those systems and some of that flexibility. I live around San Jose, but I flew out of SFO. My mother-in-law lives around New Hampshire, so I looked at not only Boston but also at the New Hampshire airports.  I was originally supposed to travel from Friday to Tuesday, but I ended up bumping the trip from Thursday to Monday because it was like 20 to 30 percent cheaper. I ended up saving 30 to 40 percent, just by being more flexible about all these dimensions.

So, what airline did you fly and how much did you pay for this trip?
I ended up flying Delta and paid maybe $200 round trip.